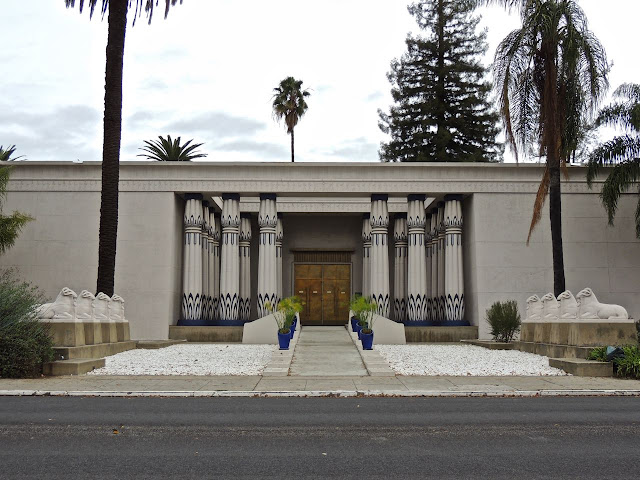 Last week, I watched a two-part documentary on my local PBS station called "Tutankhamen, Allies & Enemies".  It was created to celebrate the 100 year anniversary of the discovery of King Tut's tomb.  The show inspired me to look through the photos I took eight years ago when I visited the Rosicrucian Egyptian Museum in San Jose California. 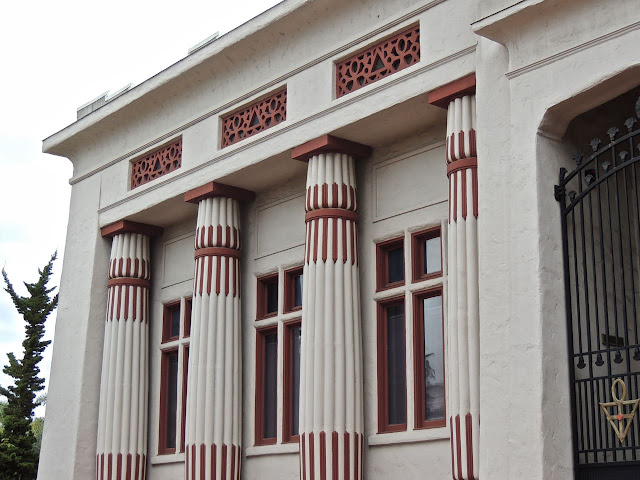 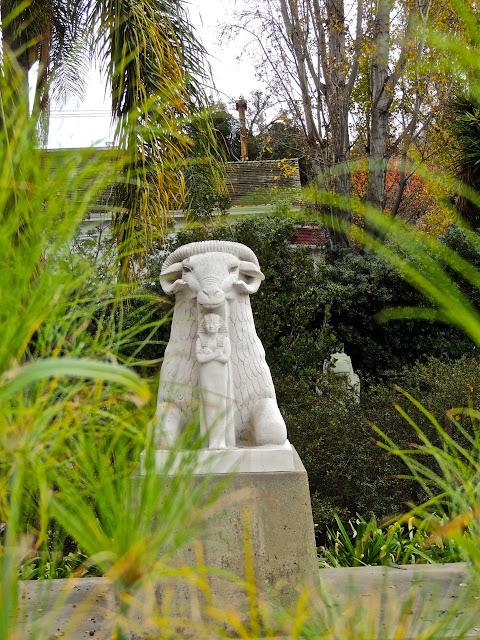 Visiting that museum is almost like taking a trip to Egypt.  It's probably an idealized version of an Egyptian village but it is quiet and peaceful and just plain beautiful. 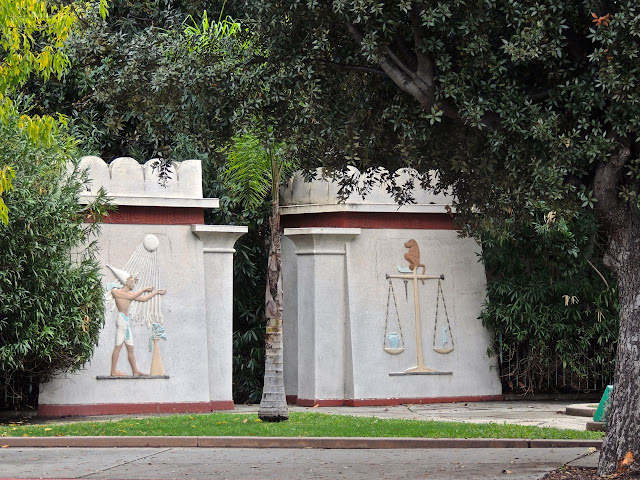 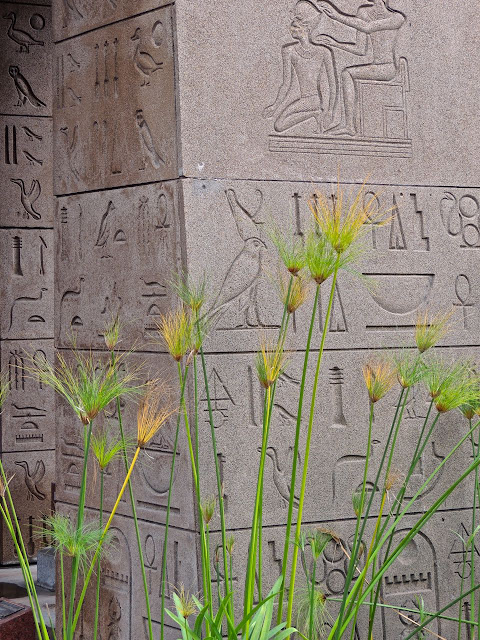 The documentary follows Egyptologist Dr. Yasmin El Shazly and photographer Mahmoud Rashad as they examine the mysteries around Tutankhamun's life and death. 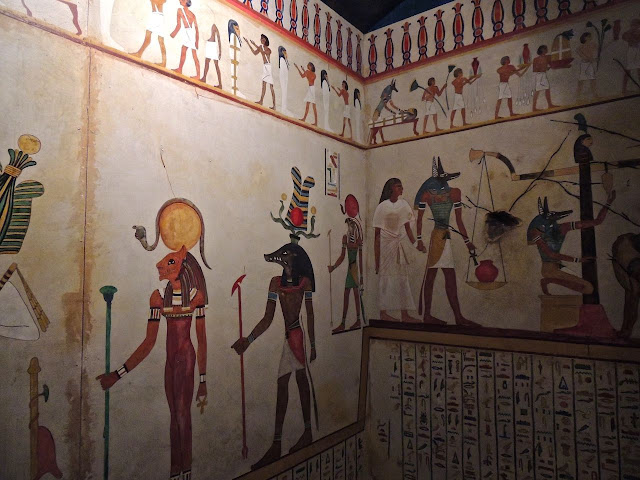 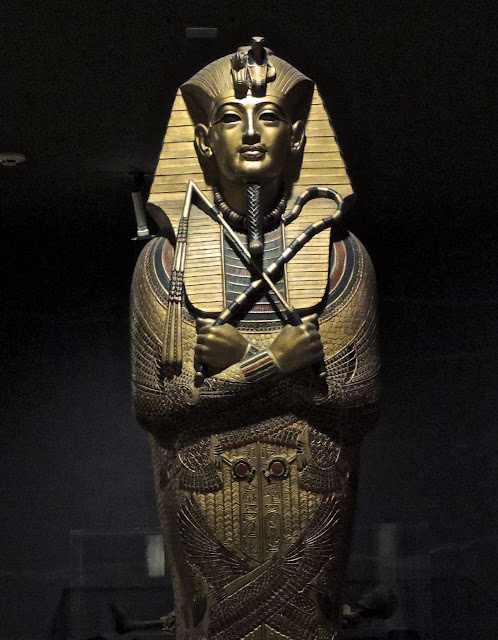 The museum has a replica of an ancient tomb and a guide will help guests explore the meaning of the paintings on the wall.

Outside the tomb, King Tut stands watching over the entrance. 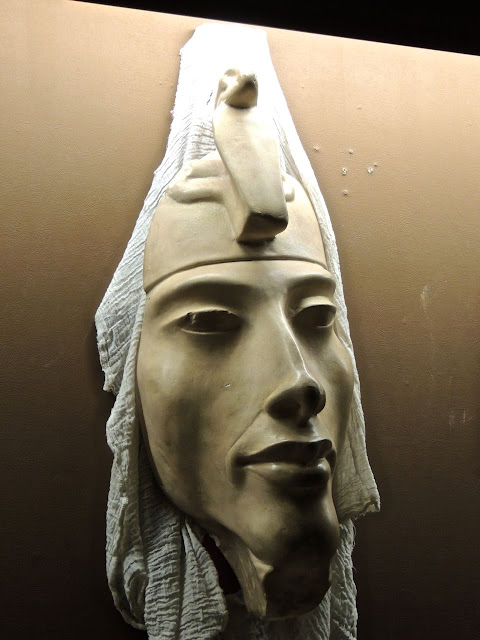 The documentary also talks about the young king's father Akhenaten and his religious and cultural revolution. 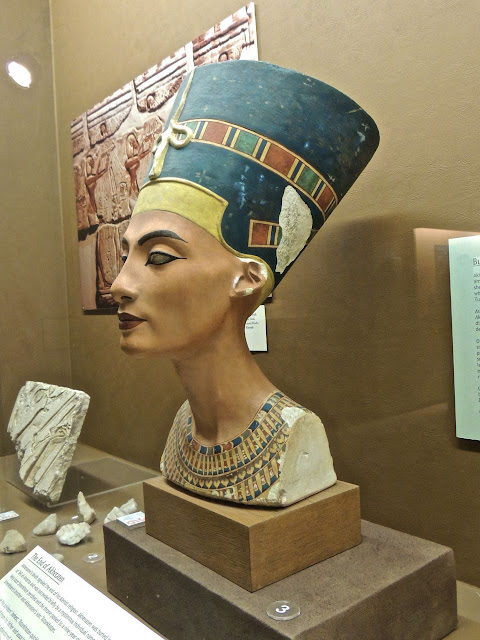 It also discusses Nefertiti, King Tut's mother.  At least one other Egyptologist disputes the king's parentage but most are convinced that Nefertiti was indeed his mother. 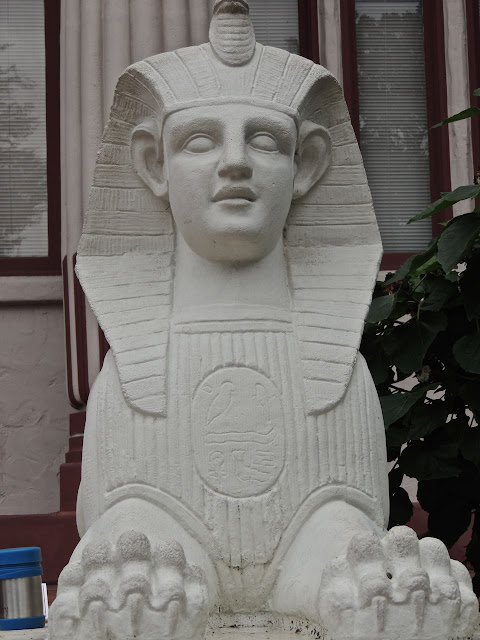 If you like exploring ancient civilizations, I highly recommend the the documentary.  They visit places in the show that I had not heard of before.  They also have some wonderful Egyptian views.

And, if you are interested in this museum, you can visit my previous posts about it, here and here, and here.

I agree it's very calm and inviting. Lovely place for a visit and escape into another culture.

PBS series , astonishingly well done! Thank you! The mysteries may never be solved though the Experts in their particular realms, have a lot invested in their opinions and "facts". We will forever be curious as we should be!

I saw that documentary was airing, but opted not to watch it. I am sure it will air again at some time in the future!
I attempted to take astrology lessons from the Rosicrucians so, so many years ago and I was so very much younger! It was just too complicated for my brain to grasp!
LOL