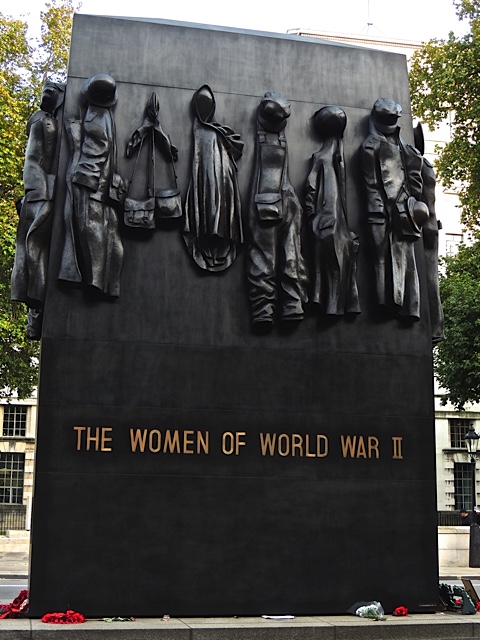 One of my favorite monuments in London has only been around for a few short years but it’s message seems to somehow resonate with me.  It is the Monument to the Women of World War II located on Whitehall.  The money to build the memorial was raised by a charitable trust along with the National Heritage Memorial Fund.  I love the simplicity of the monument which stands 22 feet high, 16 feet long and 6 feet wide.  There are 17 individual sets of clothing and uniforms around the sides of the monument symbolizing the hundreds of different jobs women worked during the war.  Most of those jobs were given up when the men returned home at the end of the war. 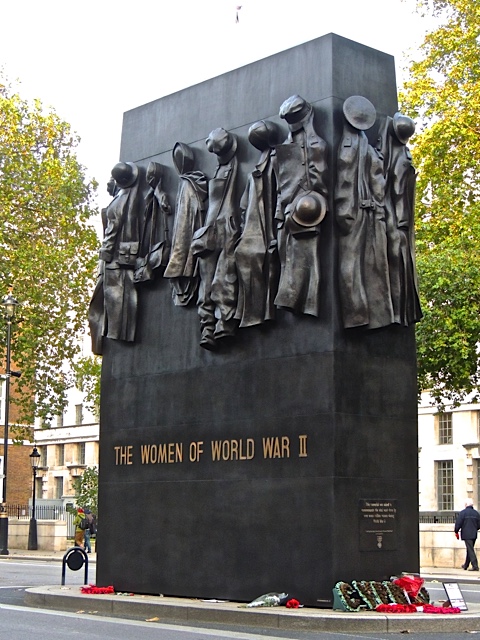 The monument created by John W. Mills was unveiled on July 9, 2005 by Queen Elizabeth II as part of the 60th anniversary of the end of the war. 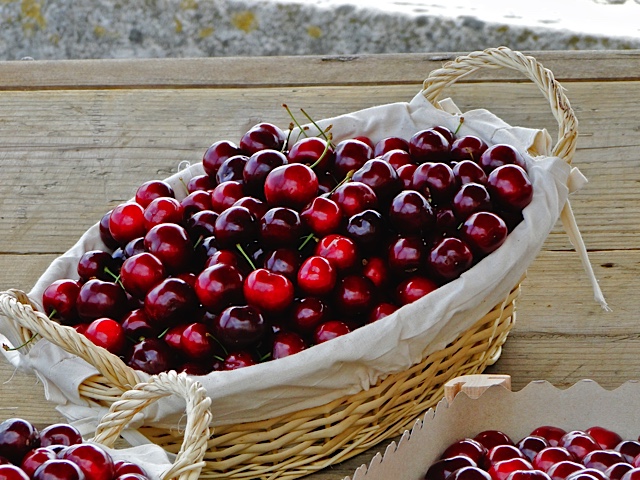 Isn't that the most beautiful basket full of cherries that you've ever seen?  That's exactly what I thought when we discovered that right across the road from Vill Barbaro (see last post) a Festa della Ciliegia (cherry festival) was going on.  We joined the crowds of mostly locals and wandered around enjoying the festive atmosphere.....and the cherries. 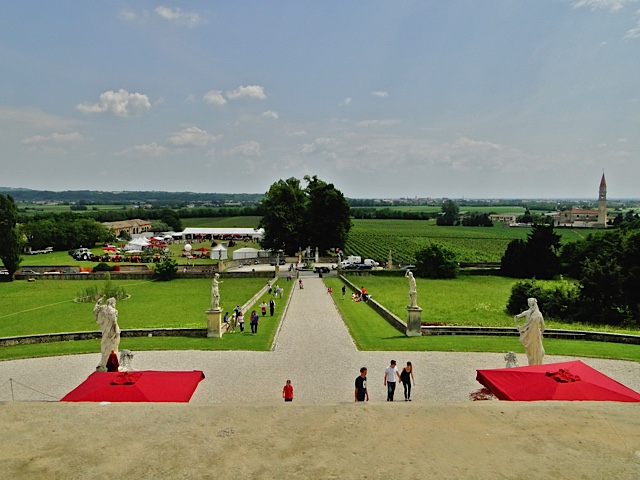 I discovered the festival looking out of the window of the villa and seeing all the tents across the road and we quickly decided that we should check it out. 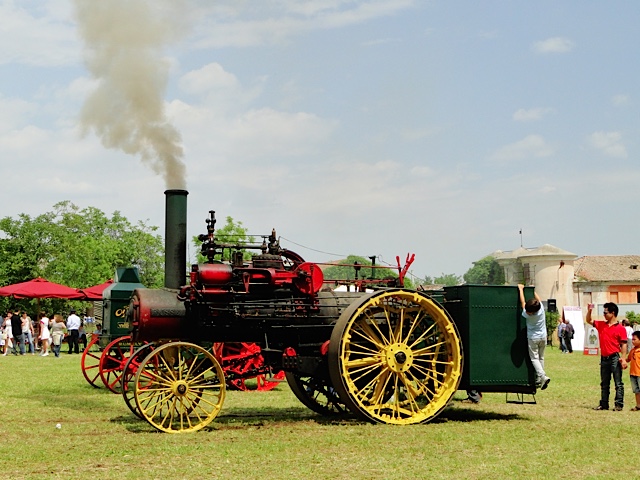 There were rides for the kids like this steam powered tractor. 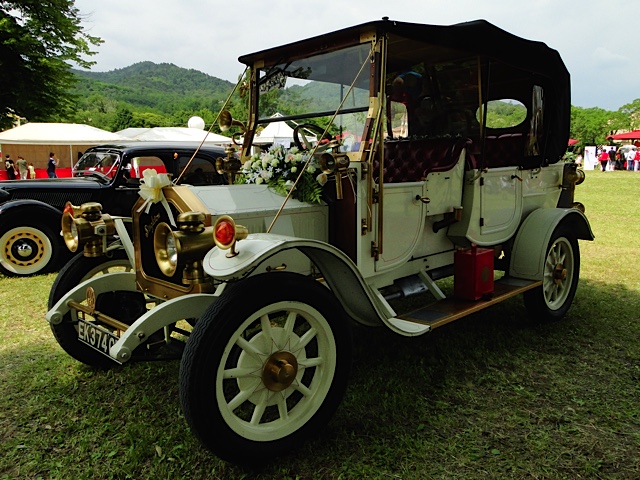 And there were a variety of classic cars like this one with all decorated with flowers and bows.  Way in the back of this photo you can see the cherry booths where the vendors were selling cartons of fresh cherries.  We took two cartons with us and enjoyed snacking on them the rest of the trip. 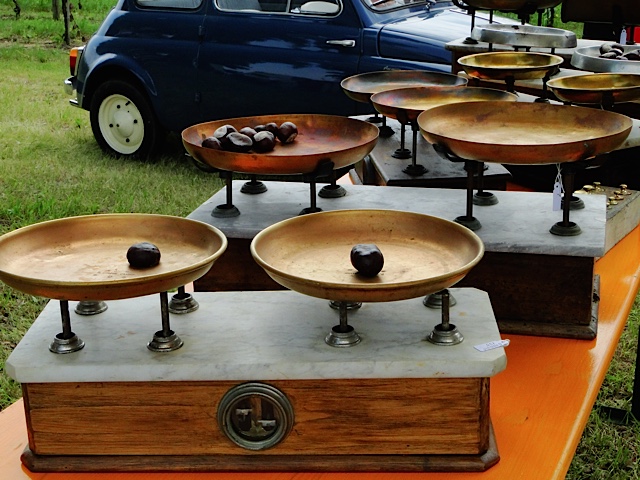 Among all the craft booths was this table displaying some antique scales.

There was also food and wine being sold and of course, all kinds of cherry desserts and treats.  It was fun to mingle with the locals and enjoy their hospitality.
Posted by Sharon at 1:00 AM 6 comments: 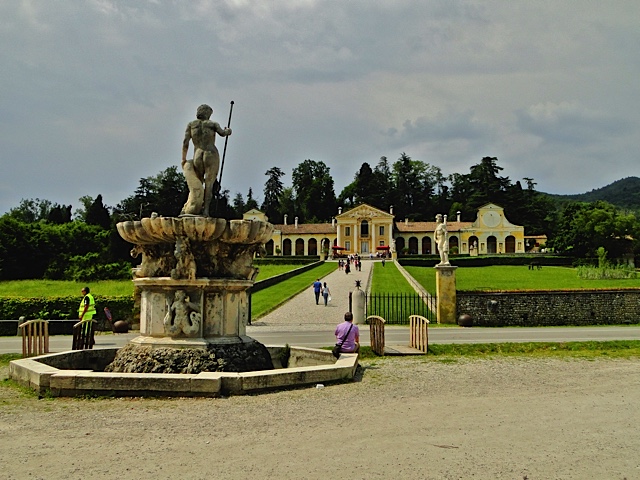 A short distance from the beautiful town of Asolo that I featured back in July of 2013 (you can see it here) is Villa Barbaro, a grand villa designed and built by Andrea Palladio.  The villa is still lived in today by descendants of Count Giuseppe Volpidi Misurata the founder of the Venice Film Festival who acquired it in 1934 for his daughter Marina.  In 1996 it was listed as a UNESCO World Heritage site.  Parts of the villa are open for tours. 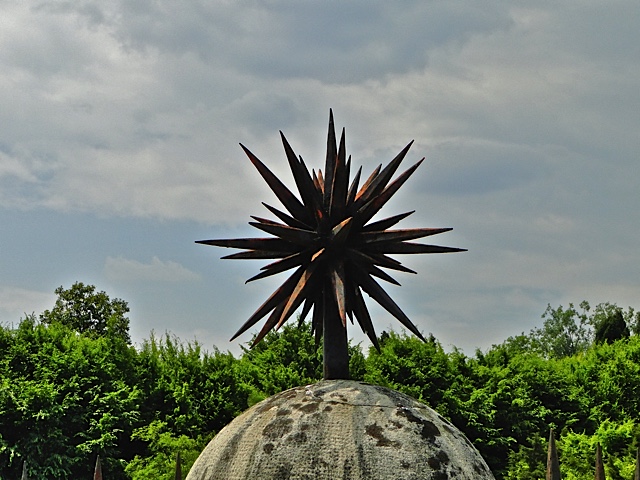 We walked past the Fountain of Neptune and up the long driveway to the entrance.  Upon entering the villa, visitors are given a pair of jumbo sized, slide-on slippers to slip over our shoes while walking inside the villa.  I really wish I had taken a picture of those goofy, clown-like slippers but, photos inside the villa were not allowed and they had many attendants around to make sure you obeyed the rules.

I really think those shoes served a dual purpose.  I couldn't really lift my feet so I just scooted along polishing the floor as I went. 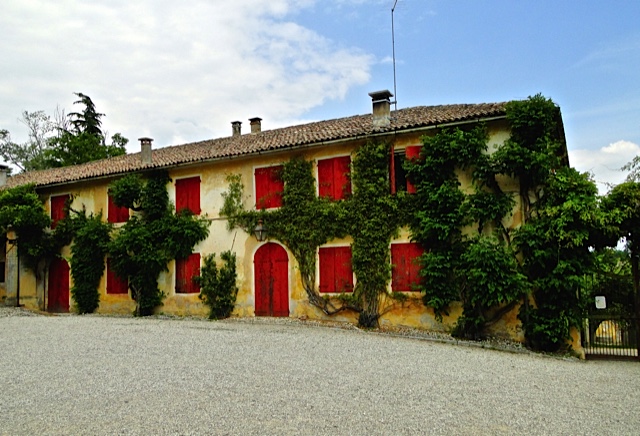 Photos were allowed on the grounds of the villa and that's a good thing because there were certainly grand views in almost every direction. 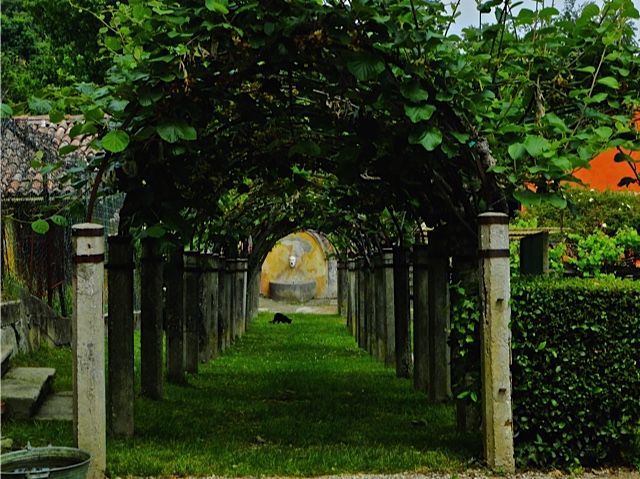 This vine covered walkway led to a fountain at the end. 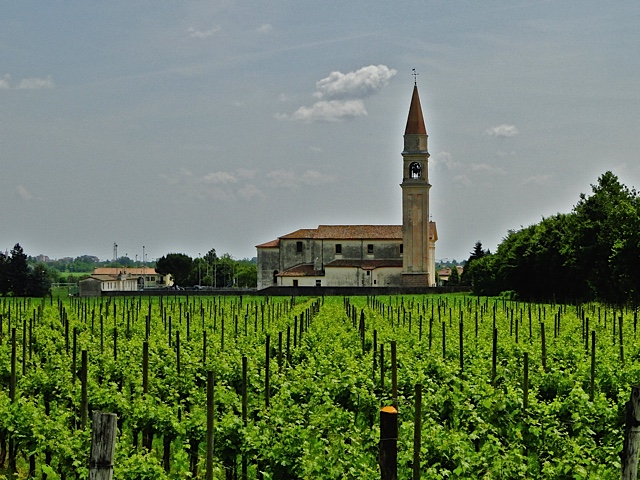 The family living in Villa Barbaro operate a winery and the grounds of the villa are surrounded by vineyards.  The photo above is a view from the villa grounds looking over the vineyards toward a church in the distance.

Next week I'll post a little about an event that was going on just across the road from the villa when we visited there.  It was another one of those unexpected things we stumbled on to as we roamed the Italian countryside.
Posted by Sharon at 1:00 AM 5 comments: 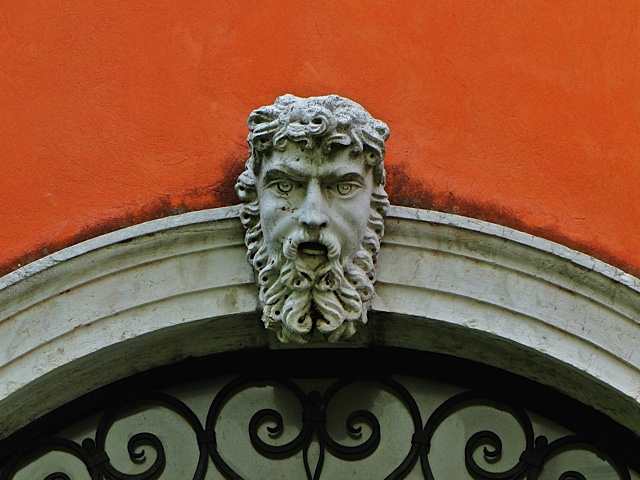 On the first day visiting Venice, my friend Janet's nephew arranged for a private tour guide to take us around the various parts of the city.  It was a very special treat because it was just the three of us and the guide and she kept us enthralled with everything we saw.  Above is a stone head that sits above a doorway in a private garden she was able to let us see. 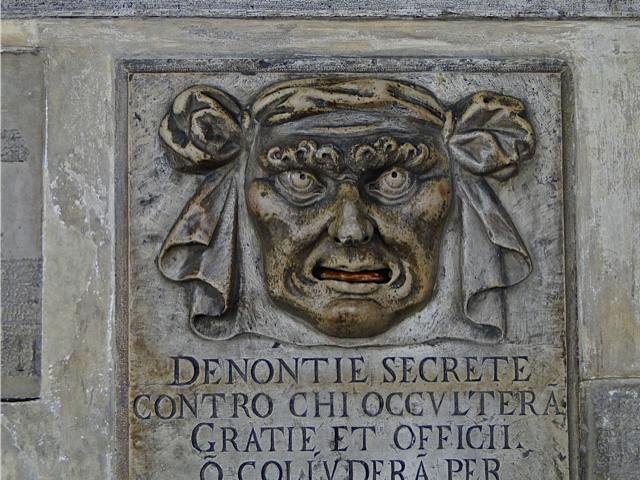 At the Doge's Palace we saw this face with it's "Lion's Mouth" that was used at one time as a post box where people could post anonymous reports of crimes against the government.  They would slip them through the opening in the mouth.  Unfortunately is was often used to get back at someone for some domestic dispute so after a while the mouth was sealed up with copper. 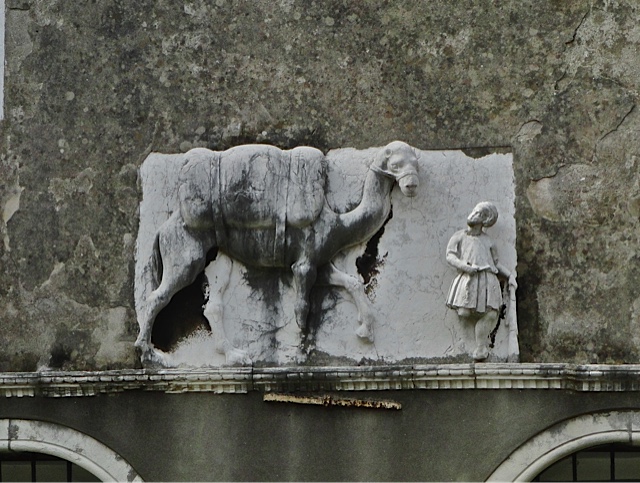 Many hints at the Moorish influences in Venice can be found in statues and plaques attached to buildings.  Here we have a relief of a merchant and his camel located in Palazzo Camello. 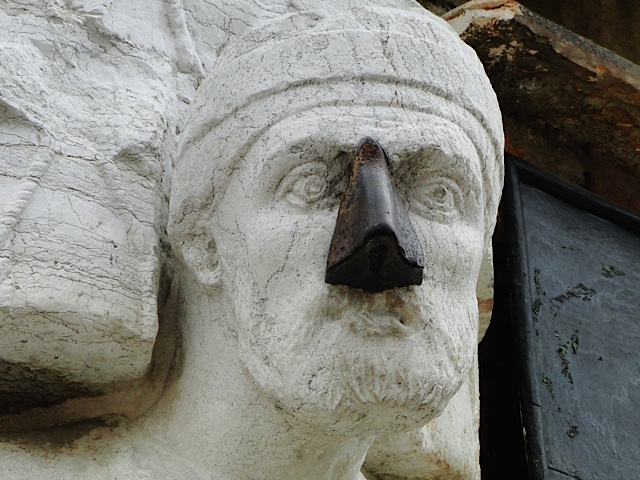 Another statue sports an iron nose probably replacing one that broke off.  It is said to be a portrait of one of the Mastelli Brothers and can be found in Palazzo Mastelli. 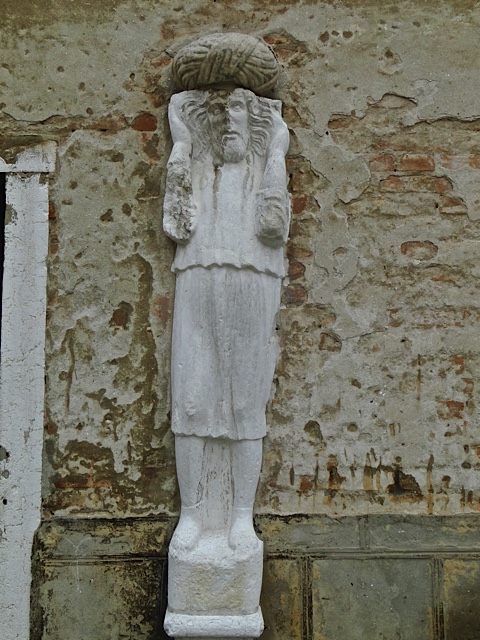 This Arab fellow is located in Campo Dei Mori and is likely another trader who sold his wares in Venice.

Finding and learning about little jewels like these made our tour of Venice very special.
Posted by Sharon at 1:00 AM 4 comments:

The Magic of Venice 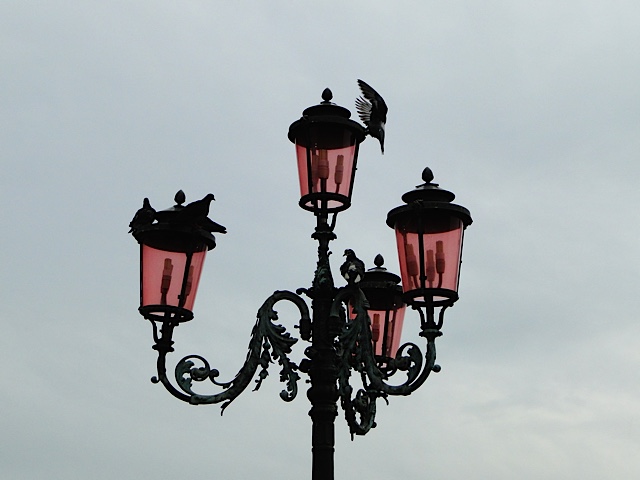 One of the many magical things about Venice is... 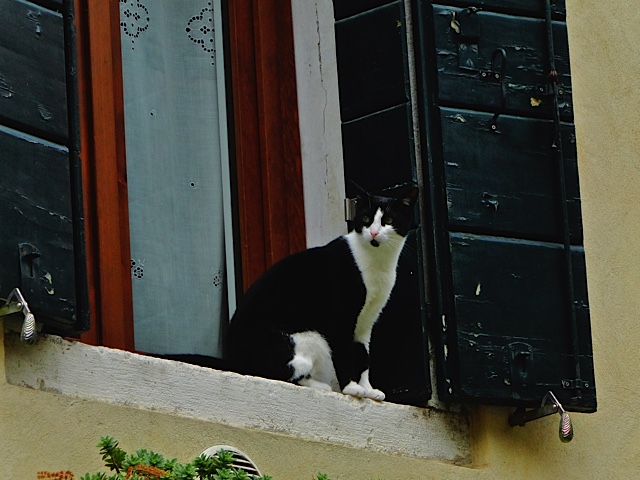 ...that you can point your camera in almost any direction.... 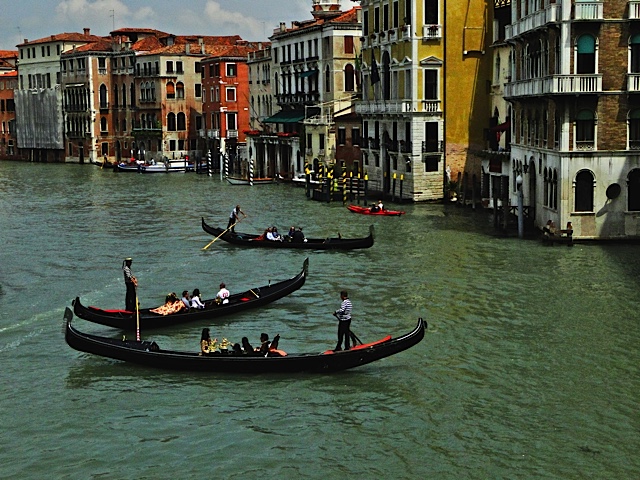 I took well over 500 photos so this will probably not be the last on this blog from this most photogenic city in Italy.
Posted by Sharon at 1:00 AM 8 comments: