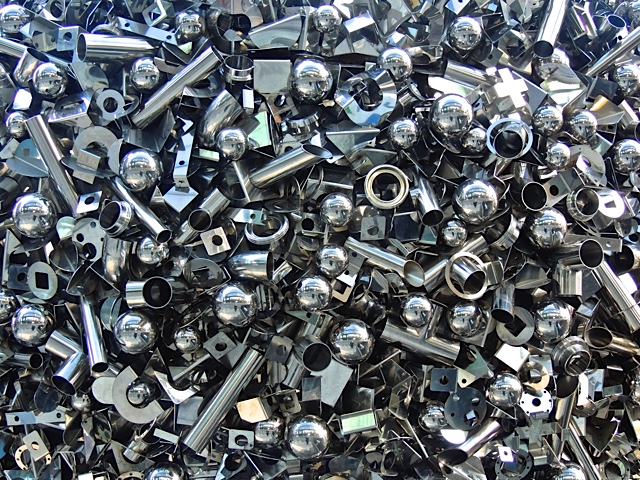 Exploring the City of London, I found numerous works of art to spur some contemplation and enjoyment.  This piece puzzled me. 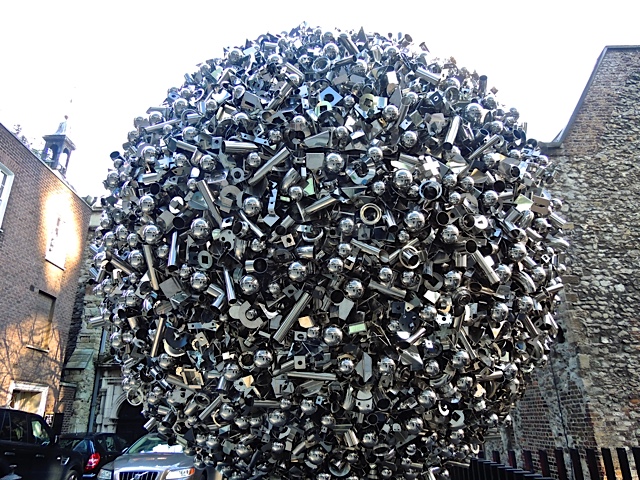 It wasn't until I was back home and doing a bit of research that I learned the name of the artist as well as the name of the piece.  The name of this piece is "More Really Shiny Things That Don't Mean Anything".  So there you have it, contemplation over.  There is no meaning.  It's just a big huge ball of shiny objects all welded together.  The name is perfect.  The artist is Ryan Gander and English artist who lives and works between London and Suffolk.  He is a conceptual artist who works with a wide range of materials. 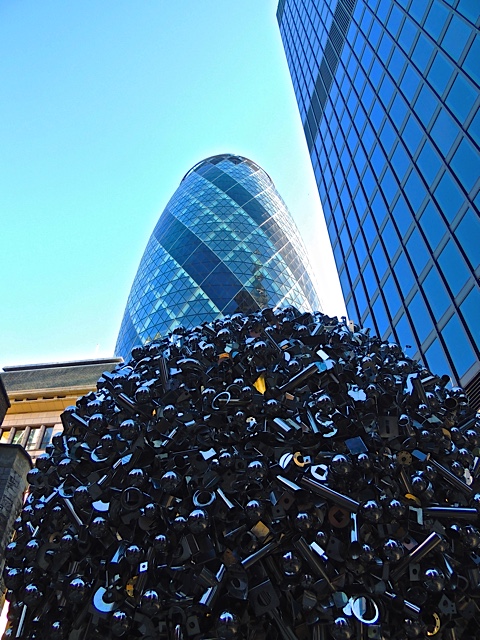 His bio calls him a "disabled conceptual artist" and I did find an interview with him and noticed that he does use a wheelchair.  However, I personally don't like seeing the word "disabled" used to describe him.  I would describe him simply as a talented, successful conceptual artist whose body of work reaches a variety of materials, sizes and complexities.

If you would like to see the interview I found, you can find it here.

Where the Story Leads.... 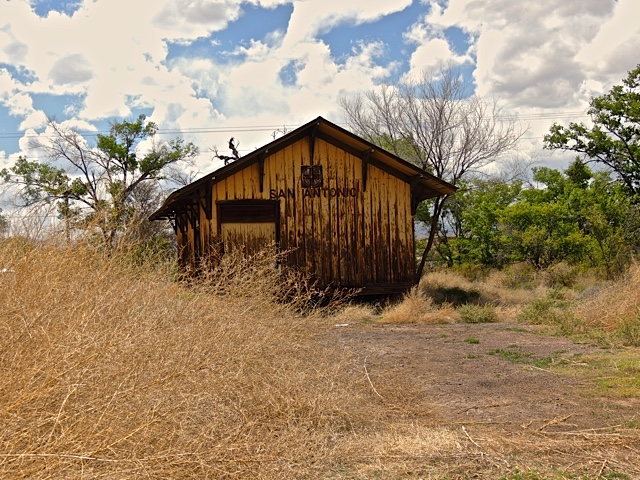 Last April when I was in New Mexico I took the long drive south on Interstate 25 from Santa Fe to the new Spaceport America that I posted about here.  At some point along the way, I got off the four-lane highway and took a state highway that ran somewhat parallel to the main road.  I thought it might be a more scenic route and I might find things to photograph.  One of the first places I found was this old, abandoned rail station for the town of San Antonio New Mexico.  I never actually saw the town but this rail station was situated near the road so I stopped to take a photo or two.

A few days ago, I decided to do some investigation into this little station to see if there was anything interesting to learn and oh, what a journey that research took me on.

You see, San Antonio New Mexico was the birth place of one Conrad Hilton, hotel magnate extraordinaire.  One of the first things I found out about this old building is how as a very young man, Conrad Hilton would meet arriving train passengers at this station and carry their bags for them to the local hotel which was operated by his father along with the A H Hilton Mercantile store.  At the  age of 21, he took over his father's general store and at the age of 32 he bought his first hotel in the city of Cisco Texas and he would build a vast hotel empire from there.

I found an old photo of the original A H Hilton Mercantile store as part of the University of New Mexico's collection.  You can see it here.  Very humble beginnings for such wealthy man.

I had no idea when I took this photo that the little station would have such historical significance.
Posted by Sharon at 1:00 AM 6 comments: 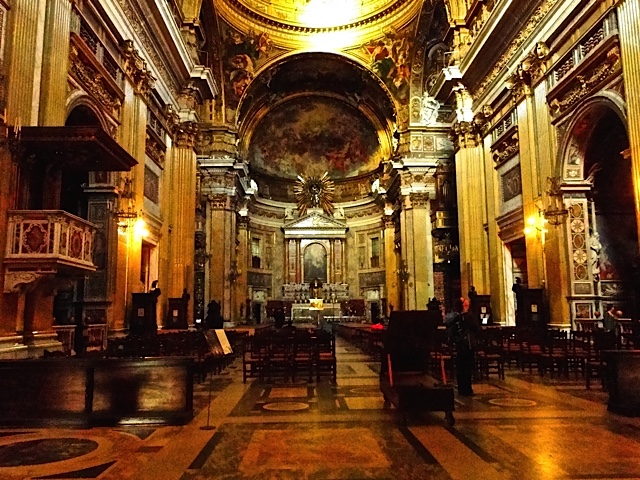 The Church of the Gesu (or Gesu Church) is considered the mother church of the Jesuits religious order.  It is also sometimes called a hidden gem in the city of Rome.  I quite literally stumbled on to this beautiful place when I found myself passing through the Piazza del Gesu.  It wasn't on my list of places to visit but, since I was there I popped inside for a quick peek. 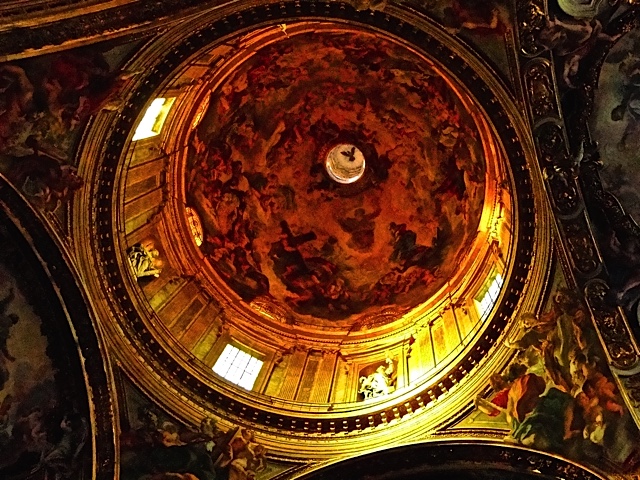 I ended up staying a lot longer admiring the beautiful dome and the frescos and other artifacts. It seemed that everywhere I looked there was something beautiful to see. 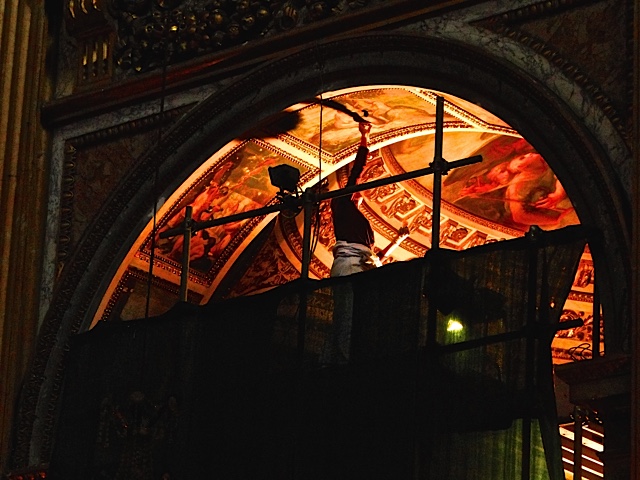 I even got to see an art restorer at work in one of the church's chapels.  The chapel itself was closed off by scaffolding and looking up I saw this restoration worker carefully working on one of the frescos on the chapel's ceiling.  I don't believe I could do that job, constantly reaching up above me while holding my paintbrush and other tools steady.
Posted by Sharon at 1:00 AM 6 comments:

A Gift to the City of Chicago 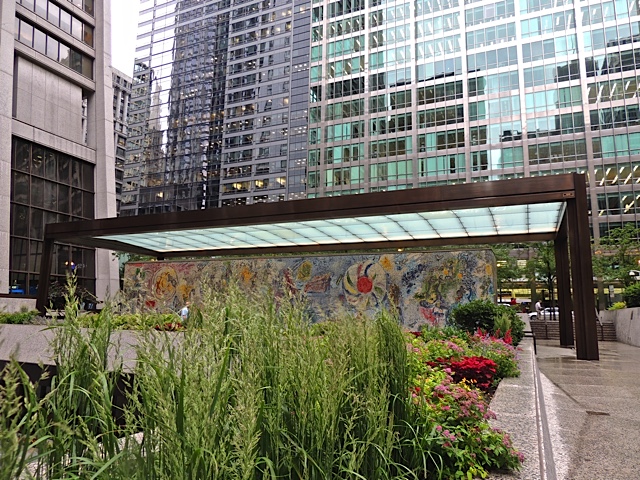 A Chicago work of art that is near and dear to my heart is the huge Marc Chagall mosaic located in the Chase Bank Plaza in downtown Chicago.  You see, back in the late 90's when I was working in Chicago, I worked for First Chicago Bank which became Bank One while I was there and later became Chase Bank.  So, this mosaic was right where I could see it every day. 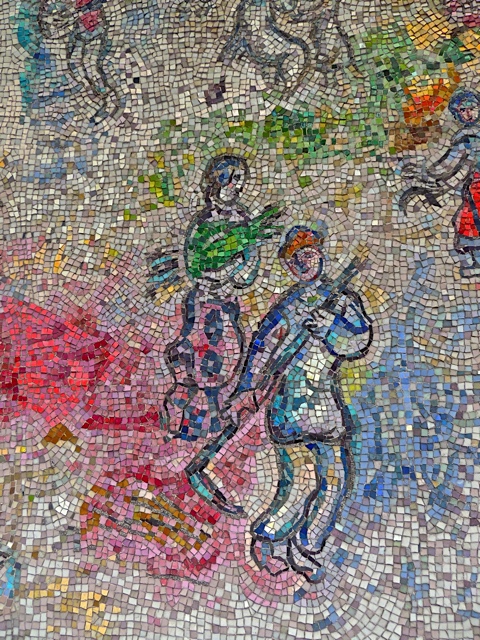 The art work was a gift to the city of Chicago from the Prince Charitable Trust.  It was designed in Chagall's studio in France and then assembled here in 1974.  Chagall was present on September 27, 1974 for the dedication and surprised Mayor Ricard J Daley with a kiss on the cheek at that ceremony.

The piece is titled "The Four Seasons" and unfortunately, the four seasons of Chicago took a large toll on the piece.  It underwent restoration in 1994 when a large glass canopy was installed over the top of it to help protect it from the elements.  Other than that, it is open to the air.  Anyone walking around in downtown Chicago can enjoy it's beauty. 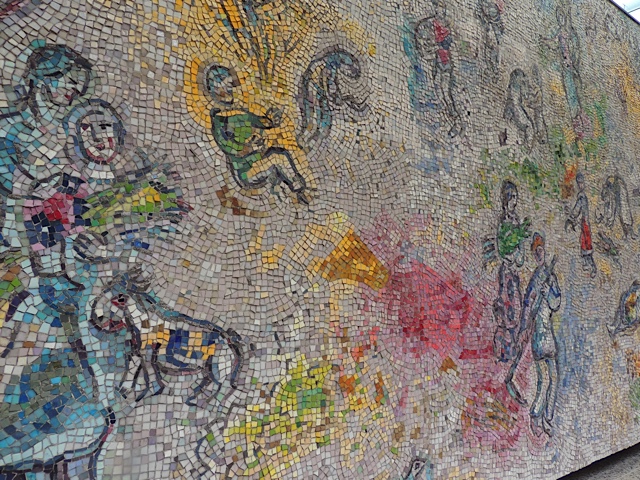 The piece has four sides and measures 70 feet long, 14 feet high and 10 feet wide.  The Chase Bank Plaza is located at Dearborn and Monroe in The Chicago Loop.  To put it in perspective that almost everyone will recognize, remember the "Twist and Shout" dance scene in the movie "Ferris Bueller's Day Off"?  That scene is shot right at the plaza with dancers dancing down the steps into the sunken plaza level and there is a brief scene with Cameron and Sloane dancing right in front of the Chagall mosaic.  Honest, look carefully at that scene, you'll see it.
Posted by Sharon at 1:00 AM 6 comments: 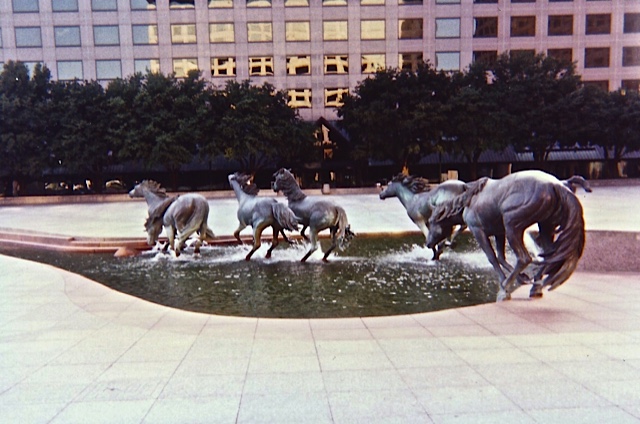 Many years ago I visited a friend in Forth Worth Texas and she gave me a fantastic tour of her beautiful city.  Unfortunately, I don't have a lot of photos of the trip.  It was before the digital revolution so the few photos I do have are scanned from prints (like the one above).  One of the places she took me was a place called Williams Square in Irving Texas where I saw this wonderful sculpture of mustangs running through a stream of water.  There are little fountain in places around the horses legs so that it gives the effect of the water splashing under their hooves.  It's a stunning work of art created by sculptor Robert Glen.  Glen was born in Nairobi Kenya and is now living and working in Tanzania.  It's a work of art that I have remembered and loved from all those years ago.
Posted by Sharon at 1:00 AM 6 comments: