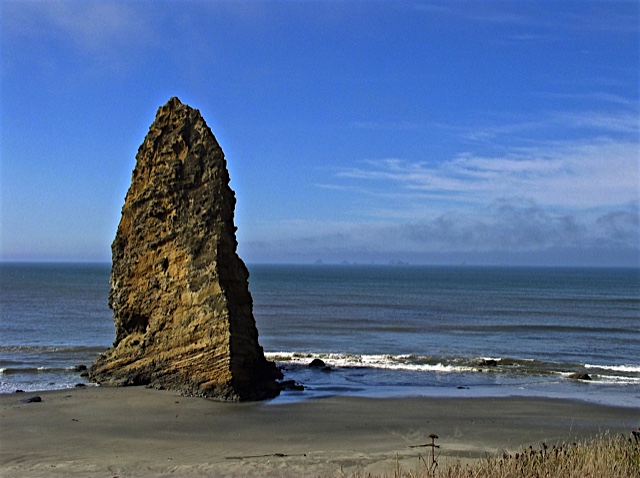 Today I'm visiting one of my sister Judy's favorite places to visit, the southern Oregon Coast around Port Orford and Bandon.  There is a state park near there called Cape Blanco State Park and it has to be one of the most beautiful spots in the United States. 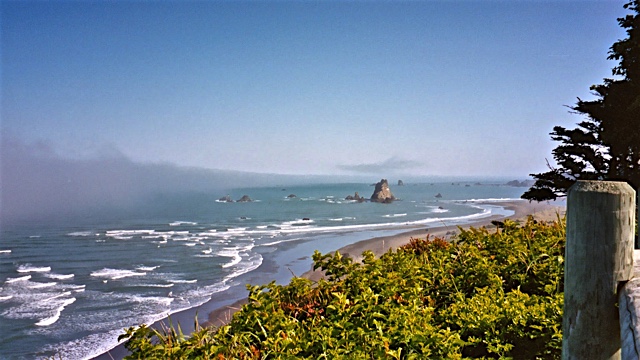 The park sits on a bluff overlooking the Pacific Ocean with many paths that lead to the beach where you can walk for what seems like miles and not run into another person.  The rocky outcroppings along this area make the ocean scenery even more picturesque than usual. 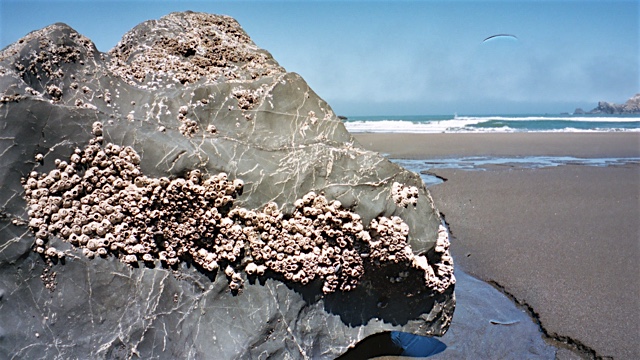 You can study the barnacles attached to some of the rocks. 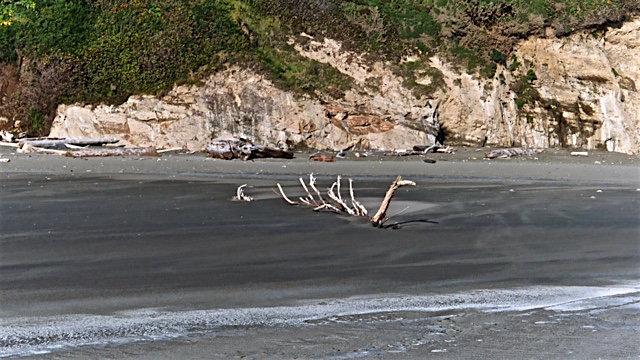 Or, you might even spot the remains of the Loch Ness monster! 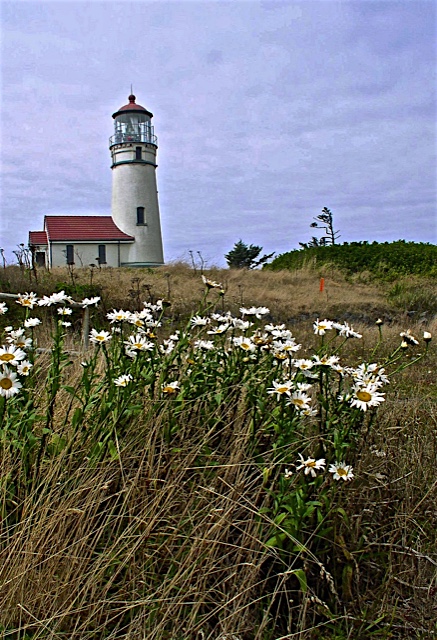 The walk to the Cape Blanco Lighthouse is a must while visiting here.  The lighthouse has been guiding ships along the coastal waters since 1870.

My sister has some spectacular photos of this picturesque lighthouse. 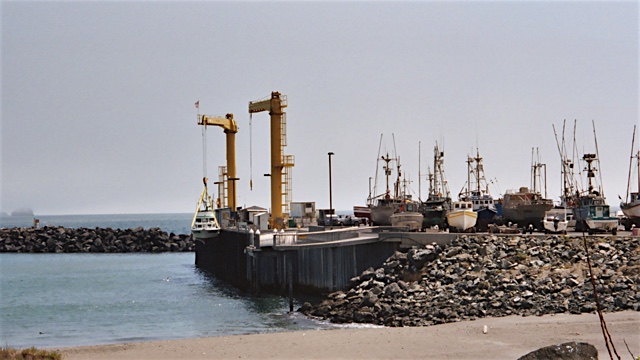 You can drive into Port Orford and watch the Boat Lift hoisting boats out of the water. 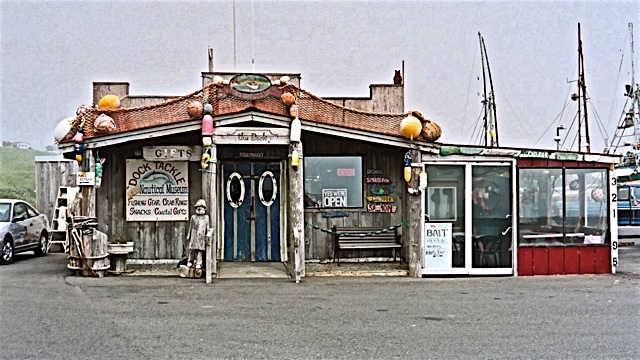 And, you can have lunch at the Dock, Tackle and Nautical Museum. 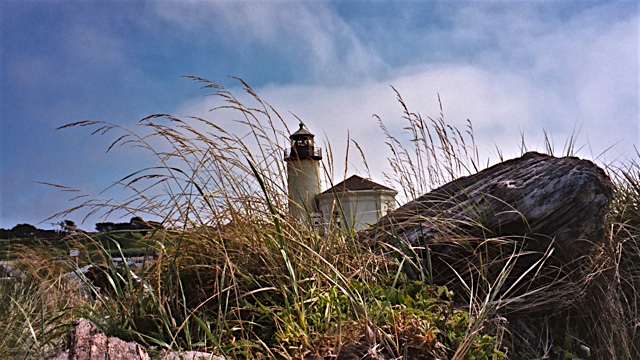 After lunch, take a short drive north to the city of Bandon to see the Coquille River Lighthouse, another historic light along the rocky Oregon coast.  This one was first lit on February 29th, 1896.  It will be 120 years old tomorrow!

It's been well over 10 years since I've last visited here.  I think I should plan another visit sometime soon.

Email ThisBlogThis!Share to TwitterShare to FacebookShare to Pinterest
Labels: Oregon 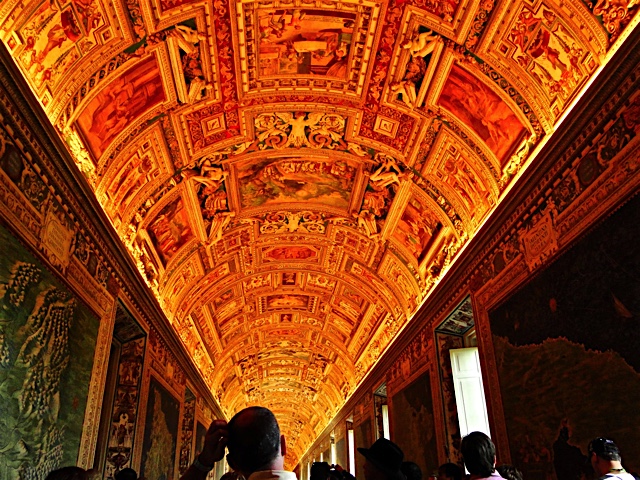 Clearly, I was so mesmerized by the ceiling in the 120 meter long Gallery of Maps inside the Vatican Museums that I didn't really get any photos of the maps.  That's a shame really, because the maps were very interesting, all painted by Ignazio Danti a friar and geographer.  And, they are all of the Italian peninsula with Rome prominently displayed.  It always amazes me how clearly defined the geography in these ancient maps can be long before air travel or satellites.  Danti was commissioned by Pope Gregory XIII to decorate the gallery in 1580 and it took him 3 years to complete the work. 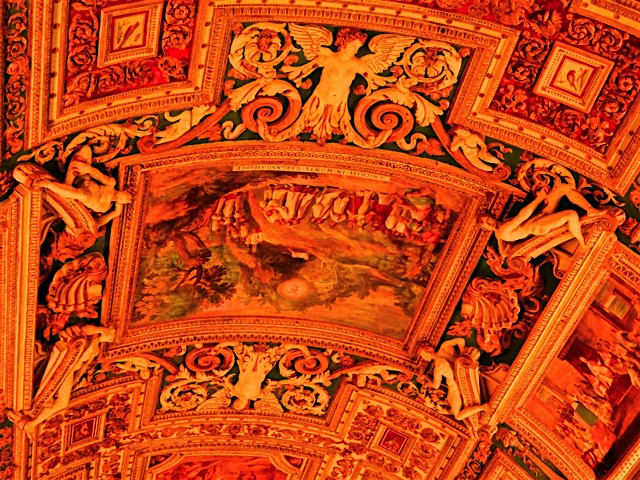 But, lets get back to that ceiling.  The ceiling was the work of a group of artists working in the "Mannerist" style.  That is a style of art that exaggerates proportion and balance. 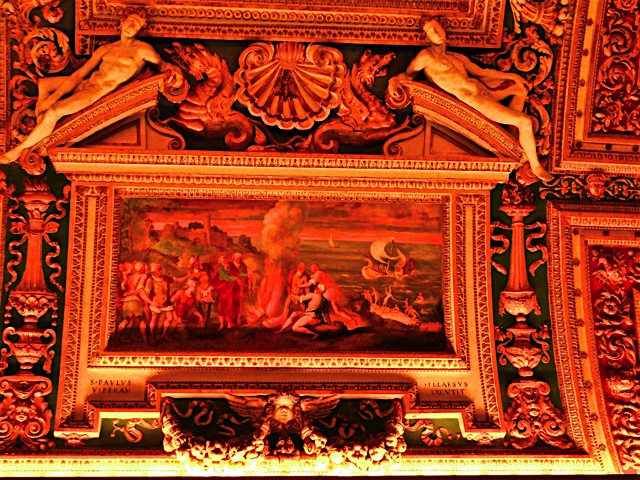 As you can see in this photo, a lot of sculpted figures adorn the artwork here. 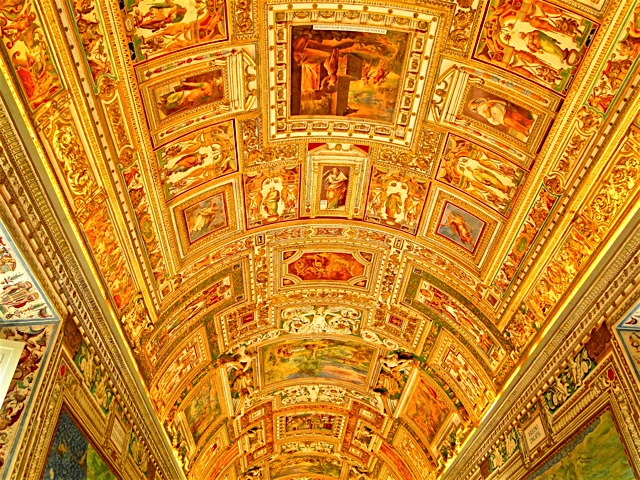 I could have spent a long time in this room just ogling this ceiling.  It's breathtaking.
Posted by Sharon at 1:00 AM 4 comments:

Email ThisBlogThis!Share to TwitterShare to FacebookShare to Pinterest
Labels: Italy, The Vatican 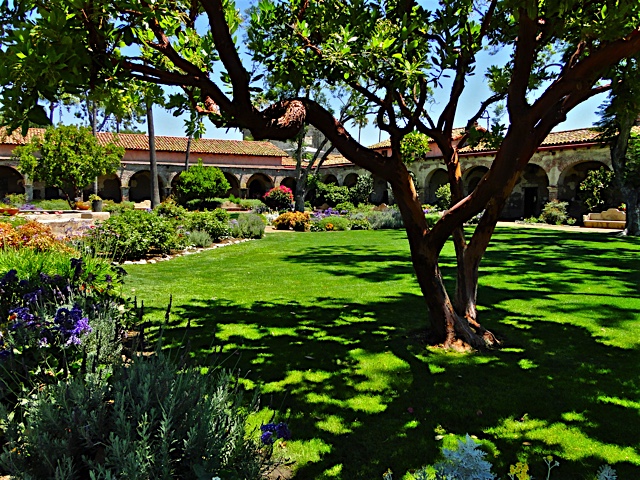 Located between San Diego and Los Angeles in the city of San Juan Capistrano is one of the twenty-one California missions established when Spain still ruled the territory.  It is a truly inspiring place to visit with buildings that have been wonderfully restored and grounds that are breathtakingly beautiful.  It was founded on November 1, 1776, the seventh of nice missions founded by Father Junipero Serra. 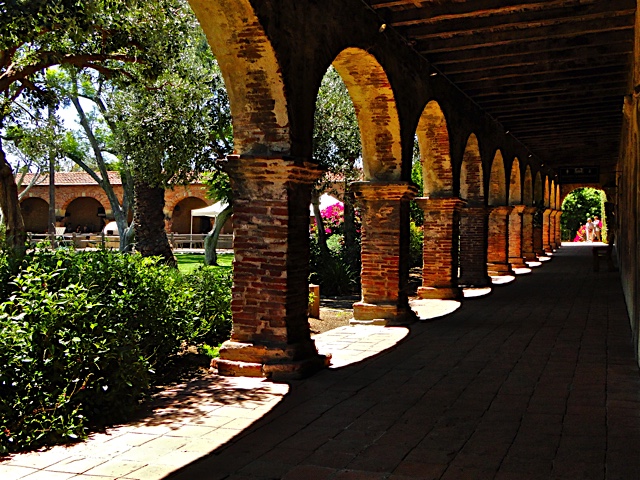 By 1806, the Mission had a population of 1,000 people and over 10,000 head of cattle and a grand stone church had been completed.  But by 1812, the mission had started to decline due mostly to declining birth rates and an increase in mortality rates because of disease.  Then an earthquake hit in December of 1812 and caused the collapse of the stone church.  The Spanish government could not protect the supply route to the mission and without supplies, more people left the area. 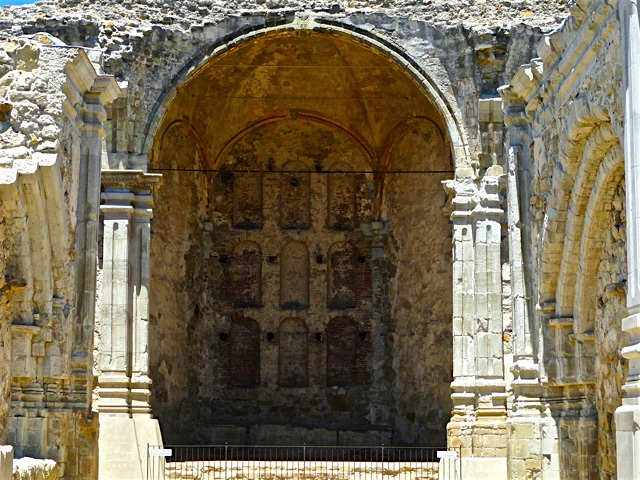 Above is all that remains of the original stone church. 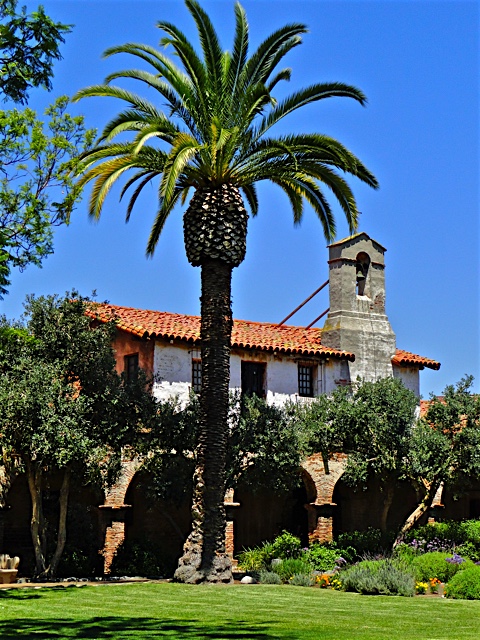 When Mexico won its independence from Spain in 1821, the territory became part of Mexico and in 1834, the Mexican Government decided to end the mission system entirely and in 1845 the Mission was sold to the brother-in-law of the Governor for a little over 1% of its value. 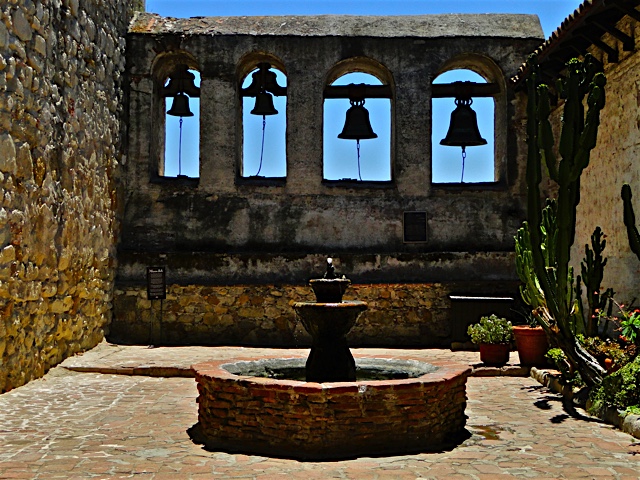 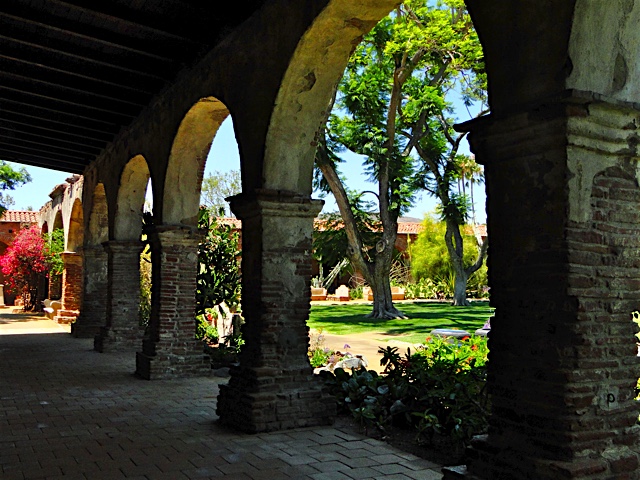 Many people began taking interest in the missions and wanted to see them restored and preserved.  Mission San Juan Capistrano had many supporters and between 1910 and 1940, quite a bit of preservation work took place.

Today the Mission continues preservation efforts with the help of donations each year.  The Mission is owned by the Catholic Church but, it is run by a non-profit organization.  It does not receive funding from the Church or the state of California or the Federal Government.  It depends entirely on the the contributions from visitors and benefactors. 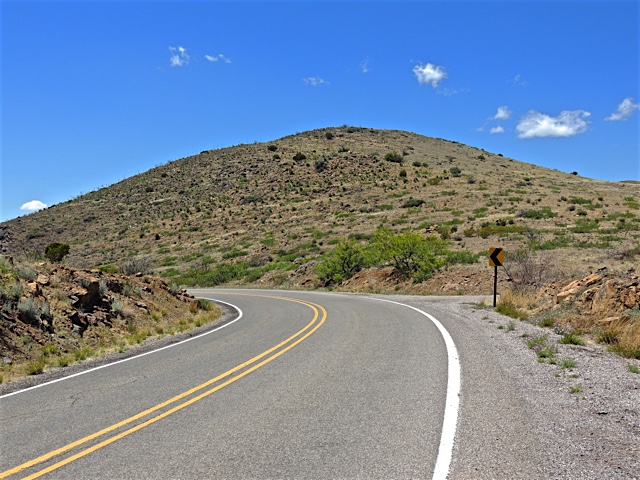 Last spring when I drove to New Mexico and visited Santa Fe and then south to see Spaceport America, I could have driven home from that area along interstates 25 and 10 and been home in just a  few hours.  Instead, I decided to get off the super highways and see some of the back country.  I'm so glad I did.  If you need to get somewhere fast, the Interstate system works well but if you really want to see America, you have to travel the roads less traveled.  I left Interstate 25 at Cabello and traveled west along state route 152.  The scenery immediately started to appeal to me. 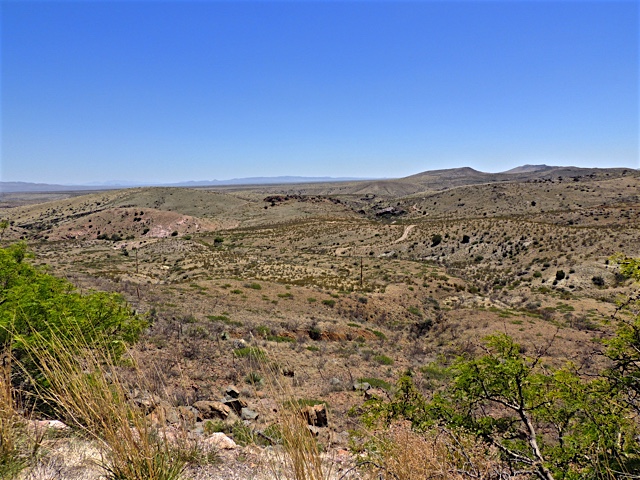 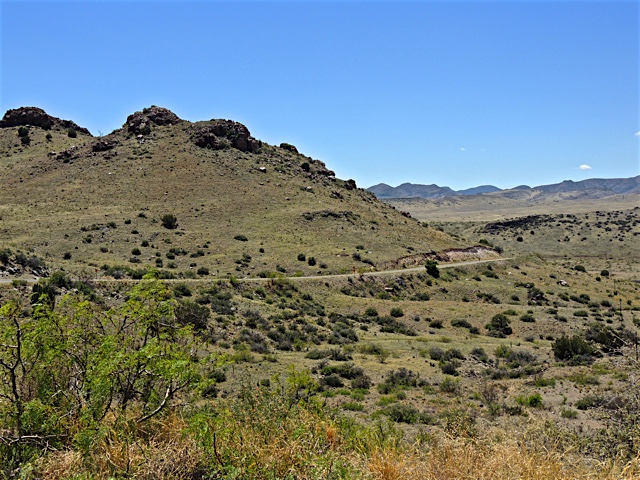 In fact the rolling hills and outcroppings of rock had me pulling over several times to take photos.  And, the great thing is that there was no other traffic on the road so pulling over for a few minutes was a pleasure. 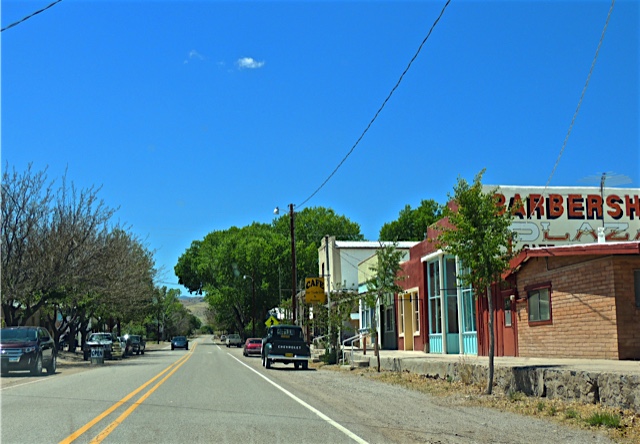 I passed through the tiny town of Hillsboro, a sleepy little place that looked quite peaceful. 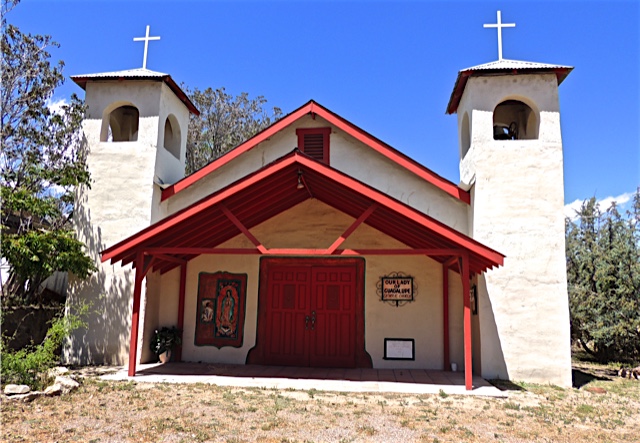 On the way through I passed this beautiful little mission called Our Lady of Guadalupe. 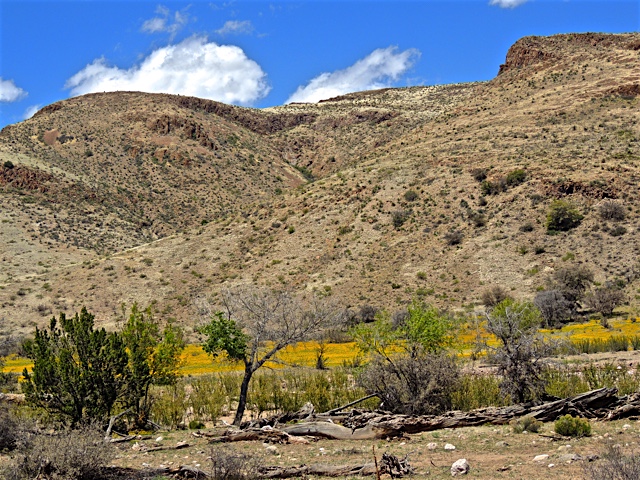 I passed patches of bright yellow flowers in the distance. 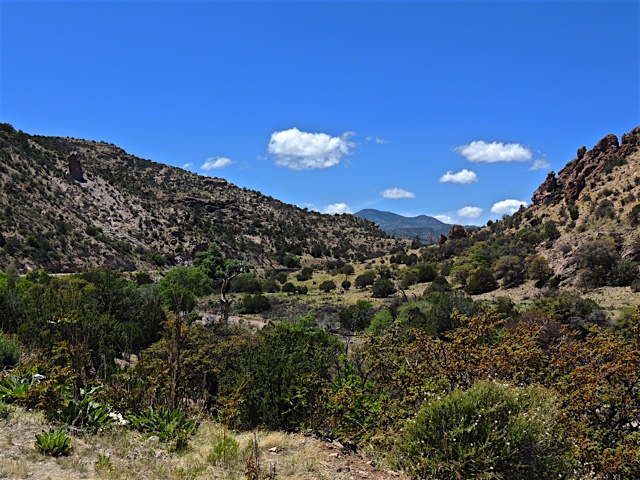 I crossed into the Gila National Forest and started to climb toward Emory Pass. 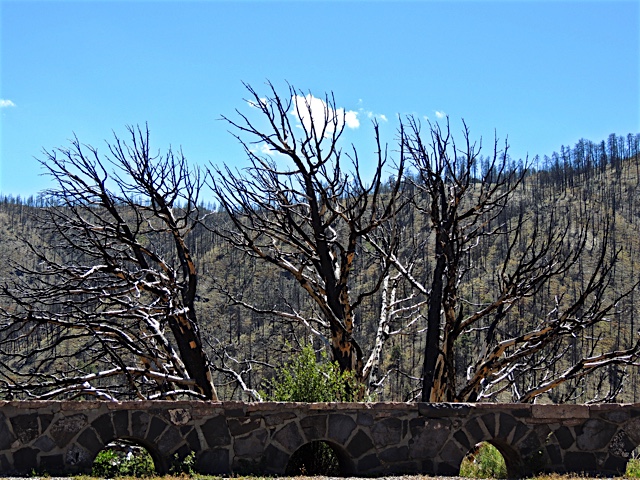 Near the top I saw an area that had been devastated by a forest fire.  It had probably happened one or two years ago because new growth was coming back. 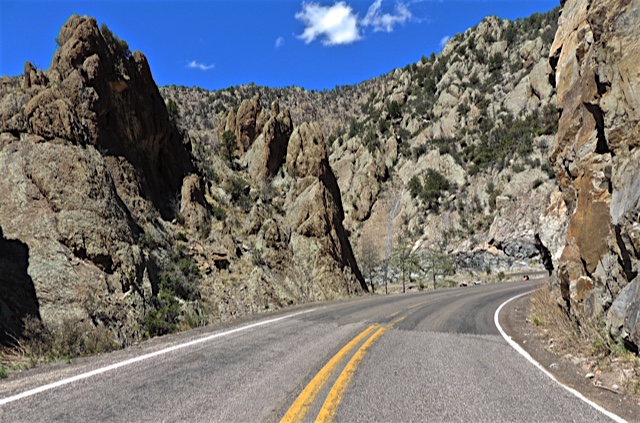 And finally, I drove through a rocky canyon with the canyon walls soaring high on both sides of me.  Not long after the canyon, I headed south on state route 90 and met up with Interstate 10 at Lordsburg New Mexico just a few short miles from the Arizona border.  What a memorable drive that turned out to be.  I'll remember to get off the super highway more often.
Posted by Sharon at 1:00 AM 3 comments: