It's all in the Details 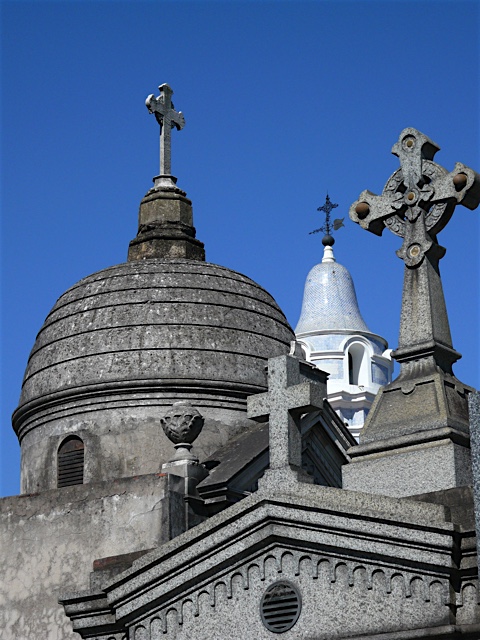 Last week I posted about my visit to the Recoleta Cemetery in Buenos Aires Argentina.  Besides being a historic destination, it also is a place of much beauty.  Anyone who enjoys photographing details will have a fantastic time taking photos in this fascinating place.


You can focus in on all the details atop the various vaults. 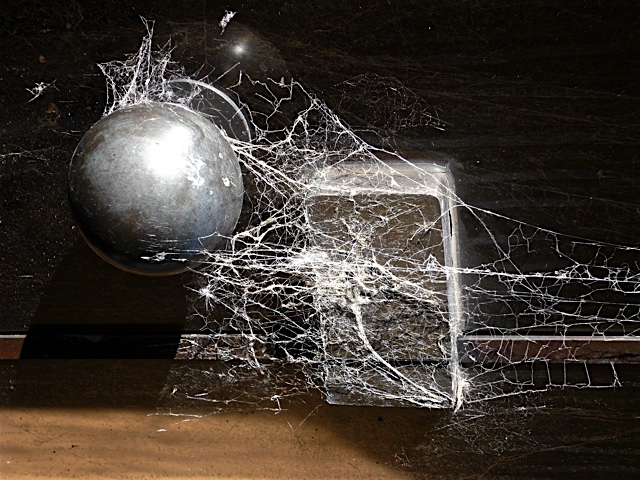 You can locate cobwebs that somehow seem appropriate for a cemetery. 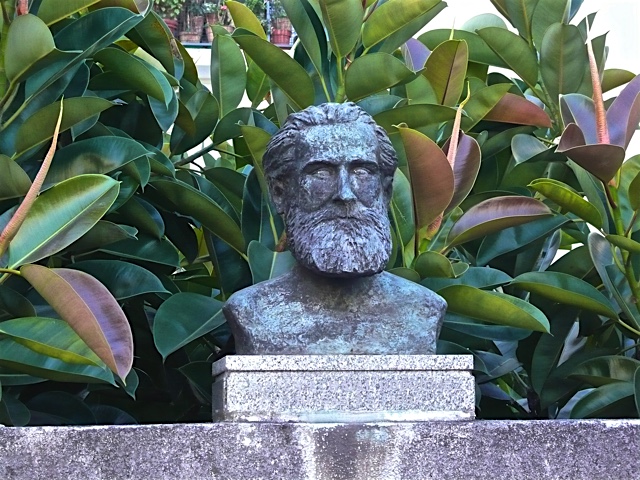 You can find little statues that give you a fright. 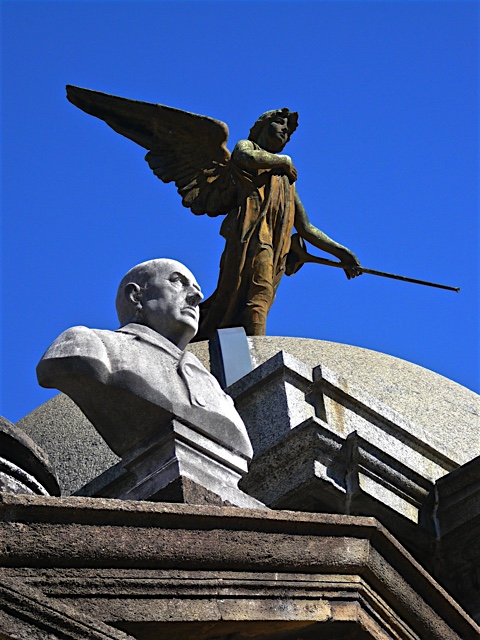 And you can photograph the angelic and the not so angelic in the same frame. 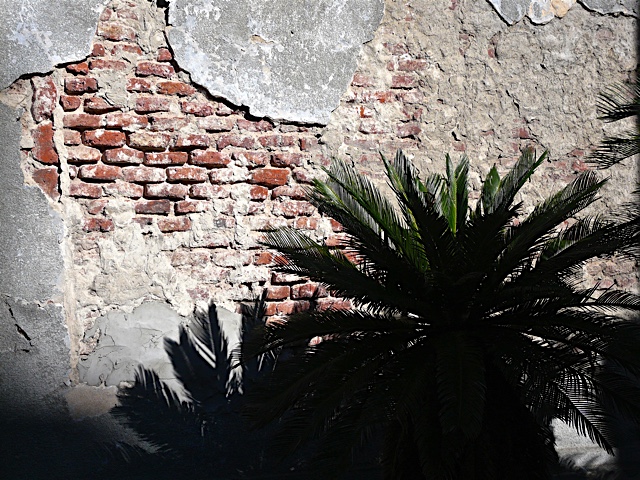 You can compose a moody scene.  This one became the cover of the photo book I created about this trip. 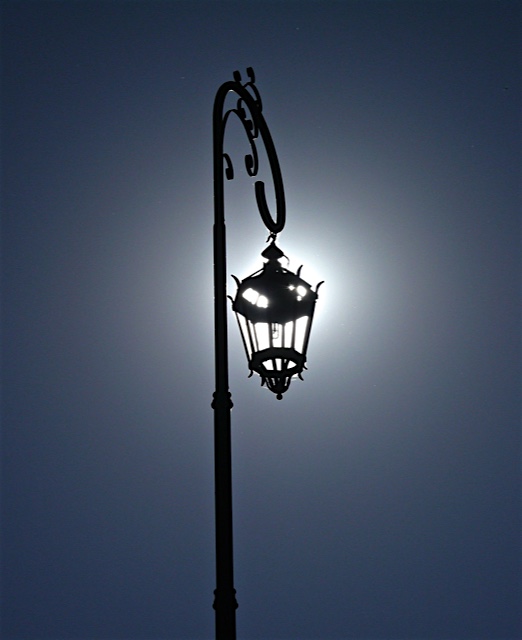 Or, you can create a simple work of art from a lamp post and the sun.

If you find yourself in Buenos Aires, don't miss seeing this spectacular place.
Posted by Sharon at 1:00 AM 7 comments:

City of the Dead 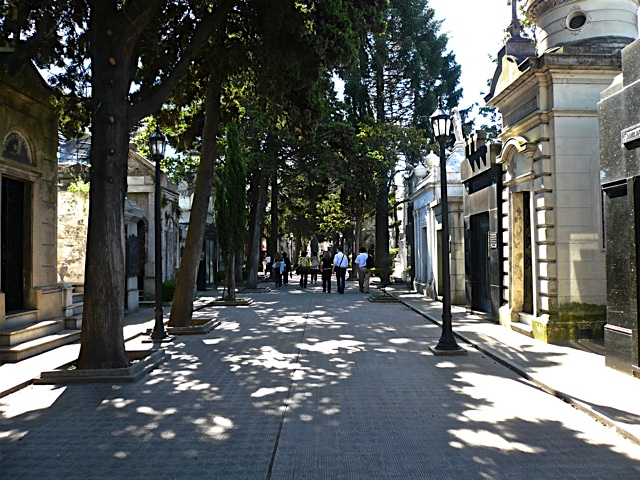 La Recoleta Cemetery in Buenos Aires Argentina is one of the most famous cemeteries in the world.  It is laid out like a city with city blocks, tree-lined streets, lanes and narrow passages.  It spreads out over 14 acres with 4,691 above ground vaults.  94 of these vaults have been declared National Historical Monuments. 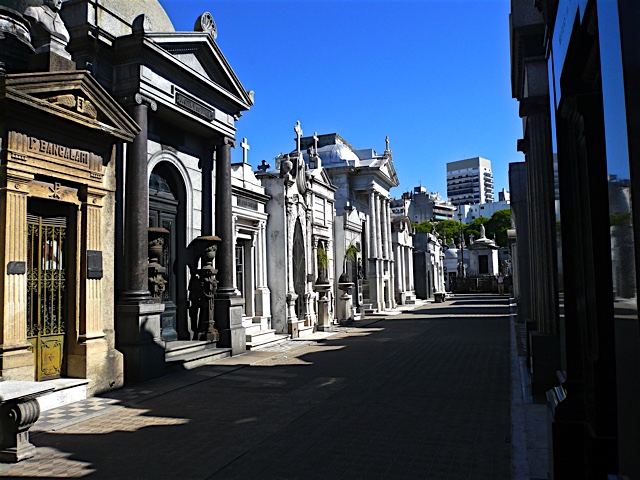 The tombs or vaults come in all shapes, sizes and styles and a good number of them are decorated with statues and sculptures.  The cemetery is the last resting place of Presidents, Generals, Actors, Writers and Athletes.  Essentially, the rich and famous of Argentina.  Below I have a sample of some of the vaults you will see when visiting this beautiful place. 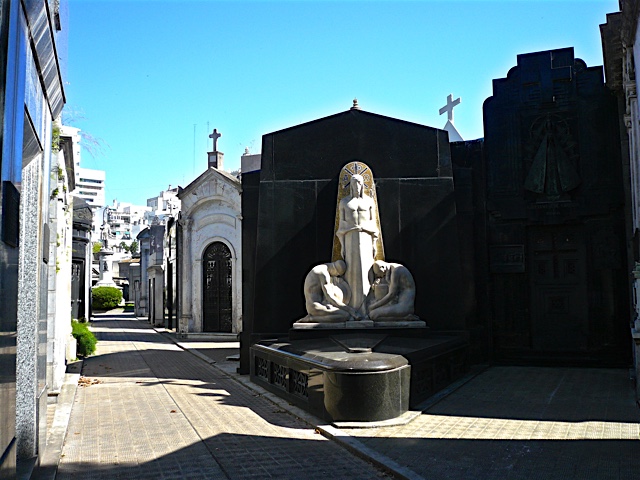 Some are very elaborate, constructed with fine marble and beautiful statues. 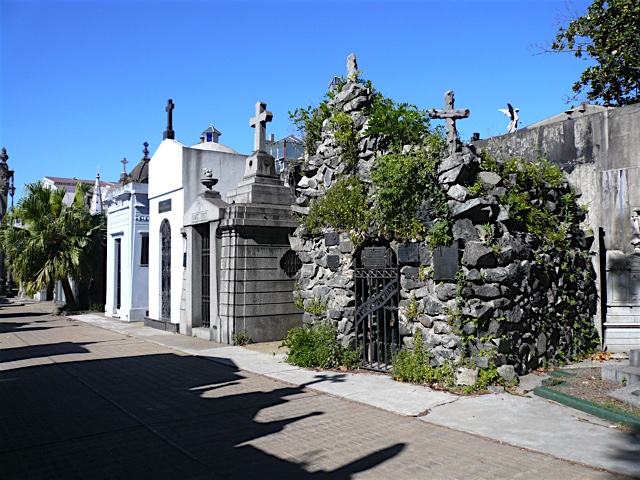 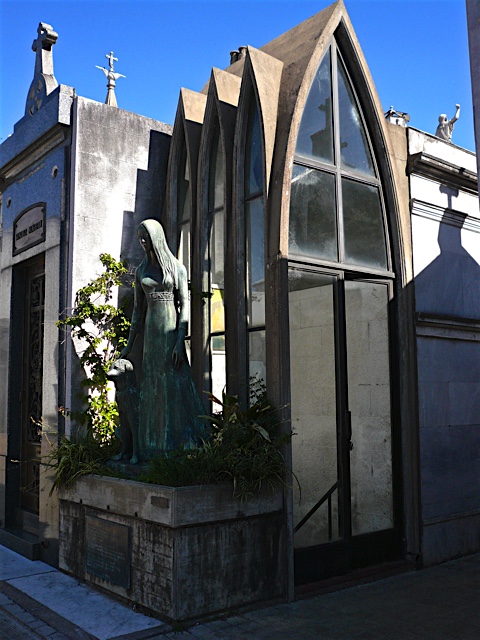 Some are modern and sleek. 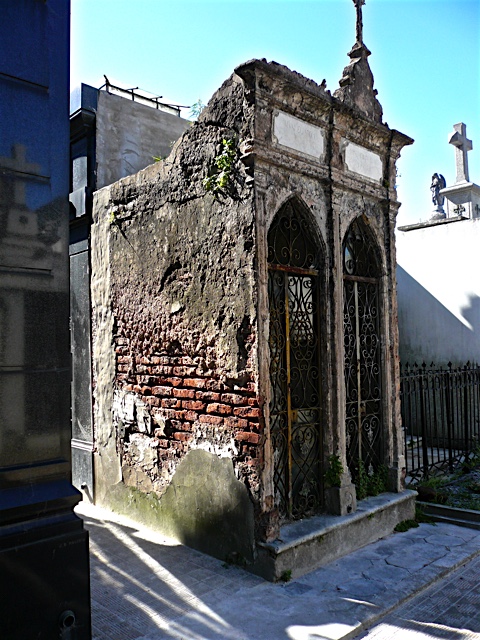 And, some are in disrepair and appear to be neglected. 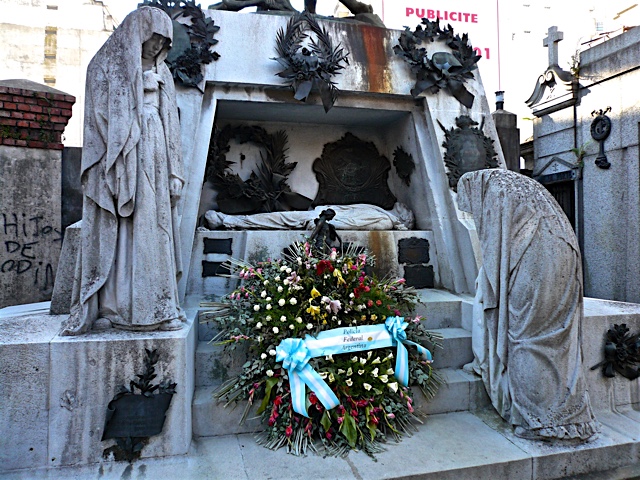 Some are heavy-hearted and morose. 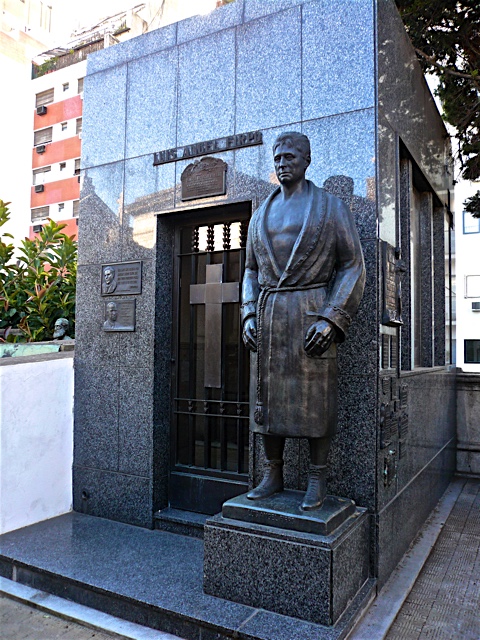 While others are celebratory and beautifully maintained.

This is the tomb of Luis Angle Firpo, an Argentine boxer who was known as "The Wild Bull of the Pampas".  After a successful career in boxing be became a rancher. 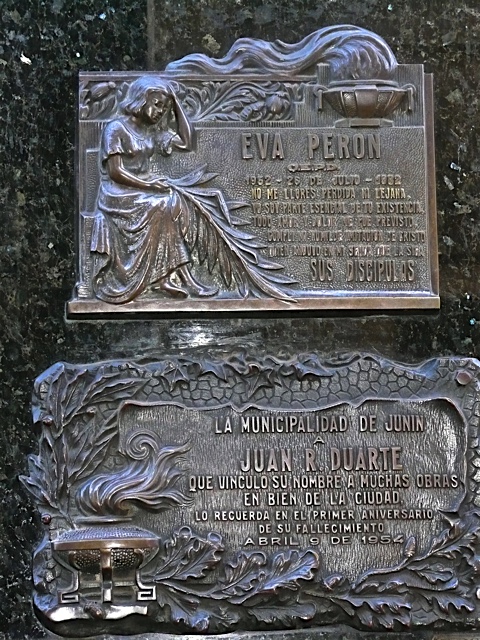 Probably the most popular vault in the cemetery is the one containing the remains of Eva Peron, first lady of Argentina.  It seems everyone in the world has heard of Evita! 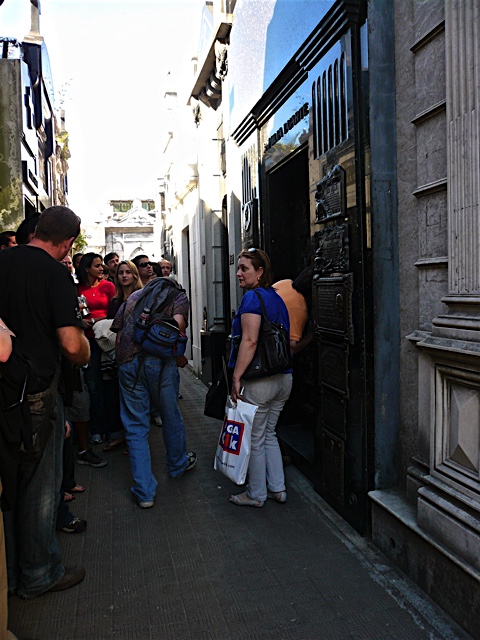 Her tomb draws huge crowds that fill up the narrow passage where it is located.  Some paying their respects but, most are there for the photo opportunity.

I have many, many more photos from this fantastic place.  Next week I'll show you some detail photos from La Recoleta Cemetery.
Posted by Sharon at 1:00 AM 5 comments:

Gazing at the Stars 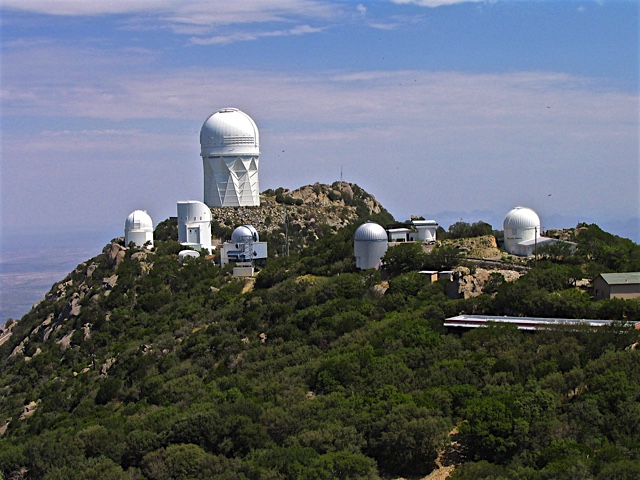 Kitt Peak National Observatory has the largest and most diverse array of optical and radio telescopes in the world and it's located right here in Arizona.  Just 55 miles (88K) south of Tucson and sitting atop a 6,880 foot (2,096 m) mountain it is in a perfect location to avoid the lights of cities and take advantage of clear skies.

I haven't been here for a very long time and it is on my list of places to visit again soon.  These photos were taken years ago  and have been scanned from prints.  The observatory has grown since my last visit.  It now has 24 optical telescopes and 2 radio telescopes.  The radio telescopes were not there when I last visited. 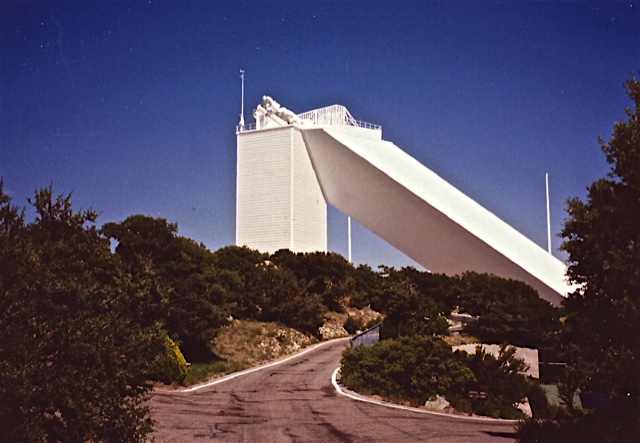 One very impressive telescope is the McMath-Pierce Solar telescope, the largest solar telescope in the world.  It was dedicated in November of 1962.  It is used primarily to study sun spots and sun spot spectra.

Kitt Peak is open to visitors with tours available during day time visits.  There are even live views of the sun (conditions permitting).  Visitors may also take self-guided tours around the facility.  There are even night visits available for small groups of people where visitors can have actual telescope observations.

The observatory was founded in 1958 when the property was leased from the Tohono O'odham Nation, a Native American nation located in southern Arizona.  It is administered by the National Optical Astronomy Observatory.
Posted by Sharon at 1:00 AM 3 comments: 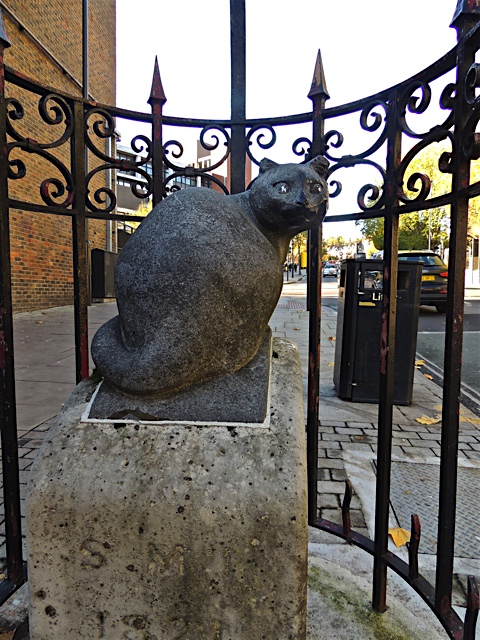 When I was just a little kid, my grandfather read a story to me about someone named Dick Whittington and the wonderful cat he owned.  The cat was so good at catching and killing rats that it saved Dick from a life of poverty when people began to hire his cat to rid the vermin from their homes.

I'm not sure why that story stuck with me all those years but it instantly came to mind when I spotted this little monument in the Highgate area of northern London.

I did some research and found that there really was a Dick Whittington but that he came from a wealthy family, was never poor and there is no record that he ever owned a cat.


The story my grandfather read to me states that Dick was about to flee London and standing on a hill heard the bells of a church and they supposedly spoke to him and told him to stay because he would become Lord Mayor of London one day.

The fictional version of his story comes in many forms.  The earliest version dates back to  1604 when it was presented as a play.  The prose version was published in 1654.  There was even a ballad at one time.  My grandfather's version was in a small, hard-covered book with a drawing of a cat on the cover. 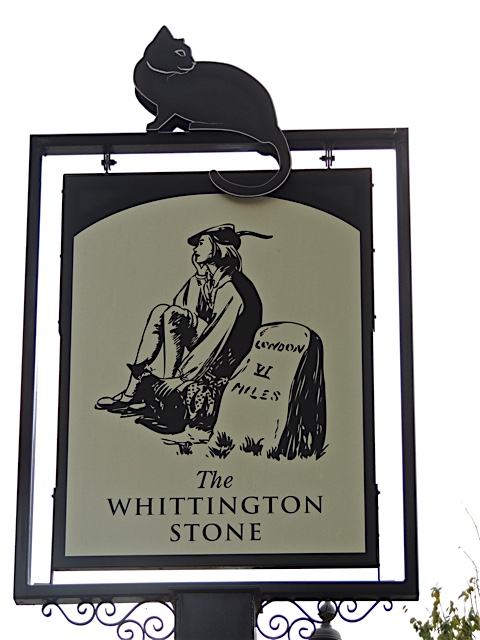 Near the stone monument is this sign.  The stone is supposed to mark the place where Dick heard those bells that told him to stay in London.  That stone (the one the cat is sitting on in the top photo) was placed there in 1821.  The cat was added on top of the stone in 1964.

The whole thing makes me wonder how the story ever came about.  Whatever started this remarkable story about a very poor lad when in fact the real man was a wealthy and successful businessman?

Whatever it was, the story stuck with me for all those years so that the minute I saw the statue and the sign, it all came rushing back.
Posted by Sharon at 1:00 AM 2 comments: