The pull of the theatre 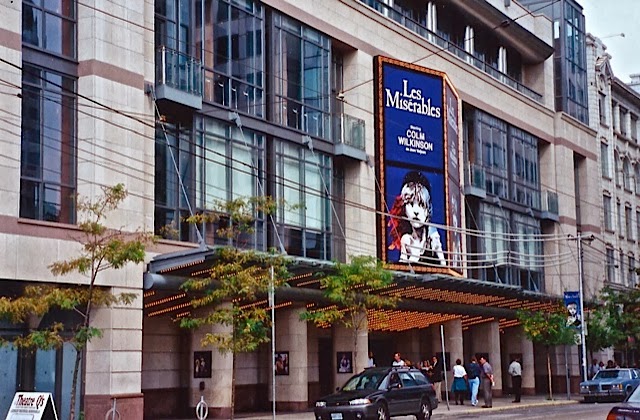 When I was working in Chicago, I took many weekend trips to places that were easier to get to from the huge Chicago airport.  One of those trips was with several other people from our project team, when we went to Toronto for the weekend.  While there, one of the members of our group saw that Les Miserables was playing at the Princess of Wales Theatre and asked if the rest of us would like to go.  I was the only person in the group who had seen it before but since it's an all time favorite production, I decided to go along with the group.  We got up early the next morning and went to the theatre to see if we could get tickets.  While waiting in line, I started to notice the pictures of Colm Wilkinson in his role as Jean Valjean.  I wondered why they were using Wilkinson's picture for this production so I stepped out of line to check further.  It was then that I realized that Colm Wilkinson was actually the lead in this very production.  I was so, so excited to see this legendary performer perform this legendary role.  I wasn't disappointed.  It was the highlight of this short trip!
Posted by Sharon at 1:00 AM 8 comments: 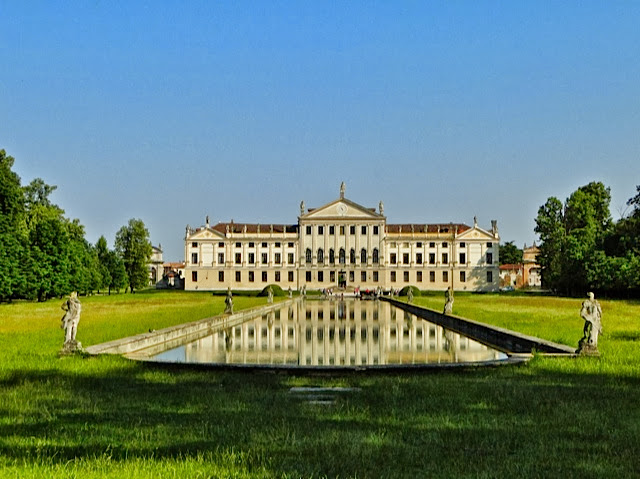 Villa Pisani is located about 30K outside of Venice in the village of Stra Italy along a row of villas that were built by the noble families of Venice.  There are many villas bearing the same name as the Pisani family was a very prominent family building many homes and villas.  This one is a baroque villa located on a very large property with a reflecting pool and statuary all over the grounds and the building itself.  The gardens features a greenhouse, stables, gazebo and a traditional maze. 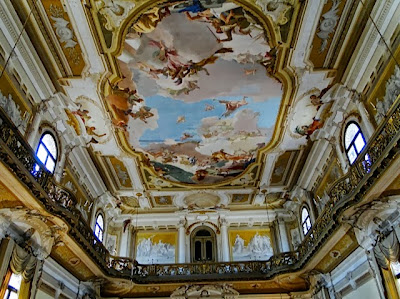 Inside you can see the ballroom with frescos by Giovanni Battista Tiepolo.

Alvise Pisani commissioned this villa after his appointment as doge in 1735.

In 1807 Napoleon I acquired the villa and in 1882 it became a National Monument.  In 1934 Adolf Hitler conferred with Mussolini here.

The grounds alone were well worth the visit here.
Posted by Sharon at 1:00 AM 6 comments: 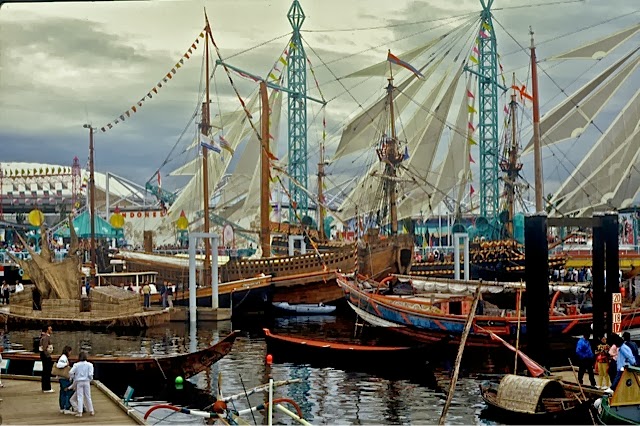 Way back in 1986 I went to the World Expo in Vancouver British Columbia, the first and only world expo I've ever been to.  The theme for that year was "World Transportation - World in Touch".  There were 54 nations present all displaying various modes of transportation.  The scene above features all kinds of boats from all over the world. 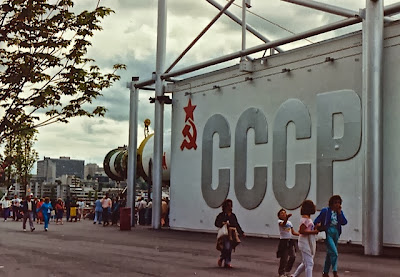 The shot to the left is of the outside of the Soviet Union pavilion and sticking out from the back is a Soviet rocket.

The Expo was opened by Prince Charles and Princess Diana (we weren't there for that) but, the day we were there, Margaret Thatcher did a fly-over on the Concord and we did see that.  That was quite an impressive aircraft making a circle over the city.
Posted by Sharon at 1:00 AM 7 comments: 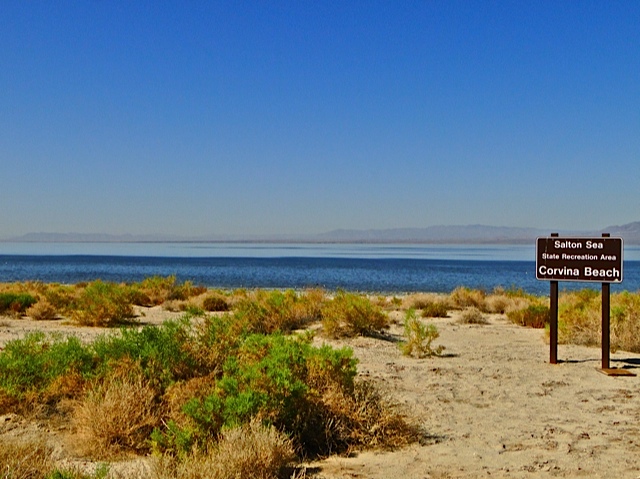 The Salton Sea is an interesting inland sea located in Southern California directly on the San Andreas fault.  It was formed by flooding from the Colorado River and continues to be fed by agricultural runoff.  In the 1950's it became a recreational destination with cities popping up around it's shores like Salton City, Desert Shores, and Bombay Beach.  Soon after that boom, the salinity levels of the lake started to increase until the lake is now considerably more salty than the Pacific Ocean.  Because of that, many of the species of fish in the lake could no longer survive. 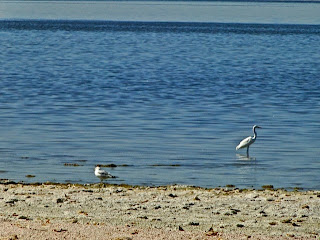 Shortly after moving to Arizona in 1970, I visited here and enjoyed the beach and the birds.  At that time, it was clear to see that the area was in decline.  In 2011 on a trip to California I took a little side trip to see how the sea was looking now.  It was a sad experience.  All of the towns named above are abandoned and almost all of the campgrounds are closed.  I wanted to visit Bombay Beach because I had heard that it was an eerie ghost town but, the road to there was closed.

I found a little 6 minute video on the internet that shows scenes from Bombay Beach.  Click on the link if you would like to see it.
Posted by Sharon at 1:00 AM 9 comments: 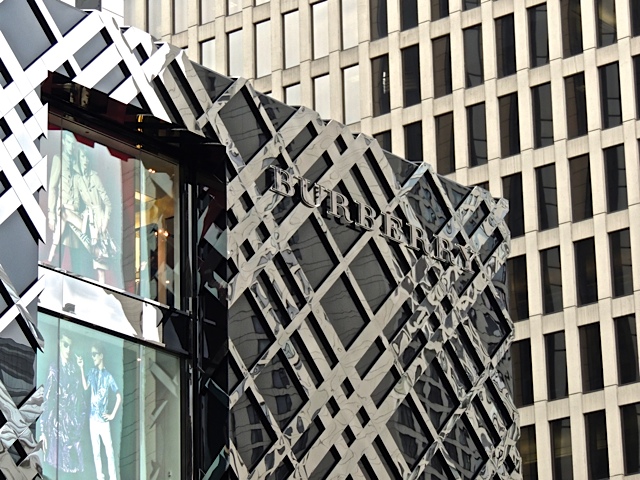 Many people have certain designers whose work speaks to them and mine happens to be Burberry.  I'm not sure why but, I think it might be because I've always had an affinity for plaid.  Maybe it was all those plaid skirts I wore as a grade-schooler.  When I was visiting Chicago last June I noticed that the Burberry store had been completely remodeled with the exterior getting a Burberry Plaid look to it.  I had to take a shot of it and I especially like the one above with the contrasting pattern of another building behind it. 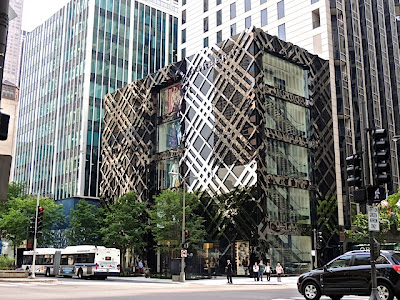 I think the new look to the store is very attractive and perfect for Burberry but, I didn't go inside on this visit.  This was my day to take photos so I kept on the move.  I'll have to go back one of these day and check on the inside.
Posted by Sharon at 1:00 AM 8 comments: 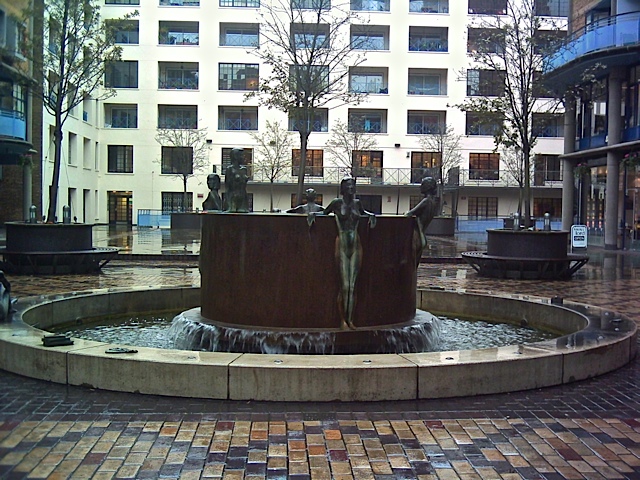 I think this might be one of my all time favorite fountains.  It's located in a place called Horselydown Square on the south bank of the Thames near Tower Bridge.  The last time I was in London, I stayed with two friends very near here.  They were both coffee drinkers and just on the street side of this square is a Starbuck's that was a daily morning stop.  While they were in Starbucks paying for those pricey lattes, I roamed around this square and found this wonderful fountain.  It was created by Antony Donaldson in 1991.  Besides the bathing nymphs, you can see their belongings sitting at the edge of the fountain all neatly sculpted to make it appear they made a spontaneous decision to jump in the fountain and enjoy the water.

The next time I go to London, this is one place I will visit again and take more photos.
Posted by Sharon at 1:00 AM 10 comments: 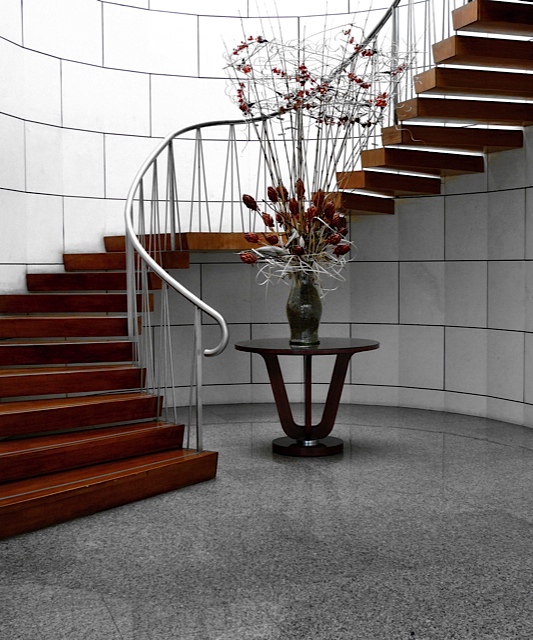 When I travel, I'm always on the lookout for the unusual shot.  Of course, I take photos of all the usual sights that I've come to see but, I'm keeping my eye out for something different too.  That's exactly what I thought when I spotted this quiet and little corner inside the Park Hyatt Hotel in Mendoza Argentina.  I didn't look to see where these stairs lead however, they appear to be little used.  I loved this photo so much that I have an enlargement of it hanging in my house.

NOTE:  I'm going to start posting to this site once or twice a week instead of daily.
Posted by Sharon at 1:00 AM 6 comments: