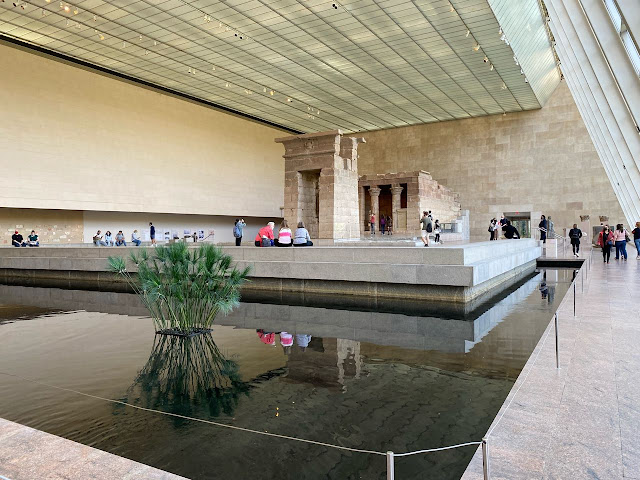 One thing that was a "must-see" on my New York list was to once again visit the Temple of Dendur at the Metropolitan Museum of Art. 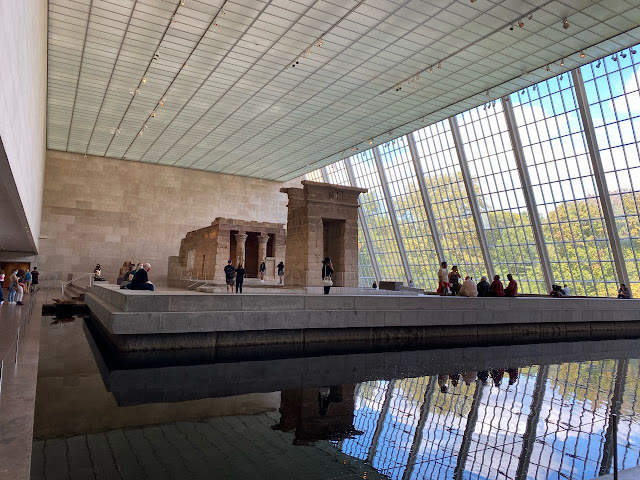 The Temple was a gift to the United States back in 1965 in recognition of the country's contribution to the campaign to save Nubian monuments and antiquities that would have been destroyed by the creation of the High Aswan Dam. 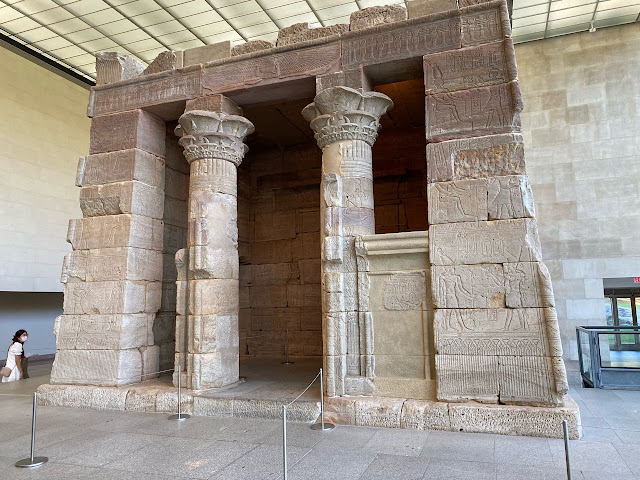 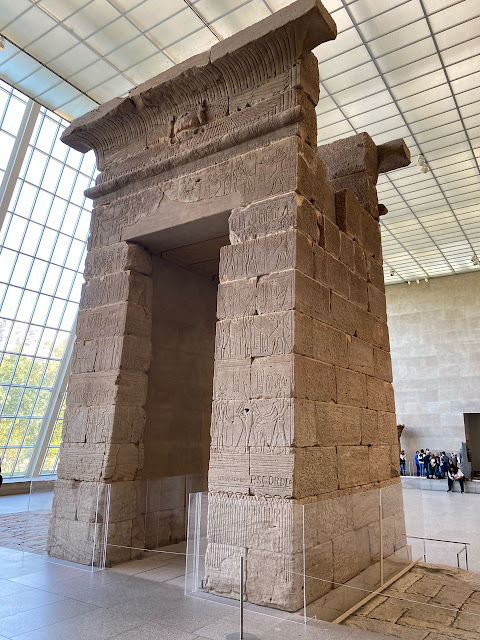 In 1967 President Lyndon Johnson awarded the temple to the Metropolitan Museum.  The museum then had to create a space specifically for it. That is when the Sackler Wing was built on the north side of the Museum.  The temple was reconstructed in the new wing between 1974 and 1978.

(It should be noted that in December of 2021, the Metropolitan Museum has removed the Sackler name from the museum because of the family's involvement in the opioid crisis.) 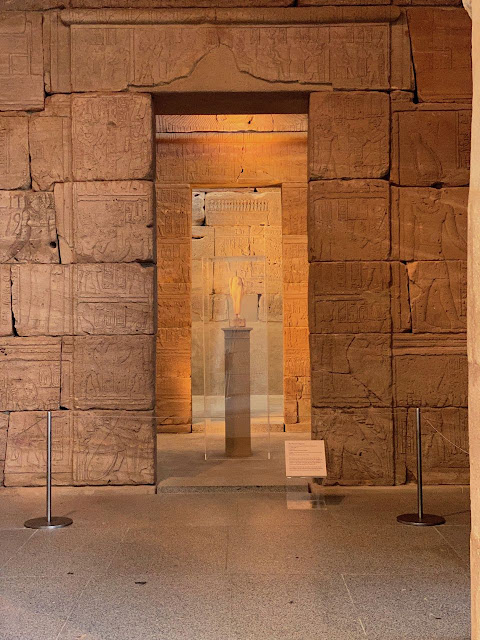 Everything about the temple fascinates me.  It is believed to have been built in 10 B.C.

During the 6th century it became a Christian Church. By the 19th century, it had become a destination for early tourists, explorers and artists.

In fact, some of those early tourists left their marks on the temple walls including one Luther Bradish (1783-1863) who became a future president of the New York Historical Society.  (😒He should have known better than to scratch his name on these ancient walls.) 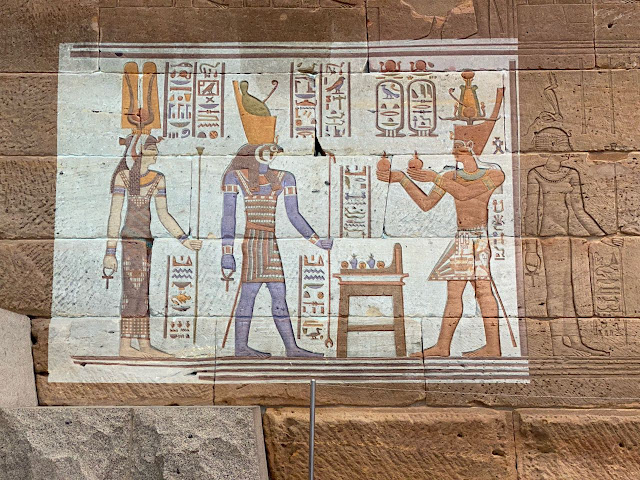 Some of the original carvings on the side of the temple are only faintly visible so the museum has projected light on the wall to show what those carvings would have looked like with the painted finish. 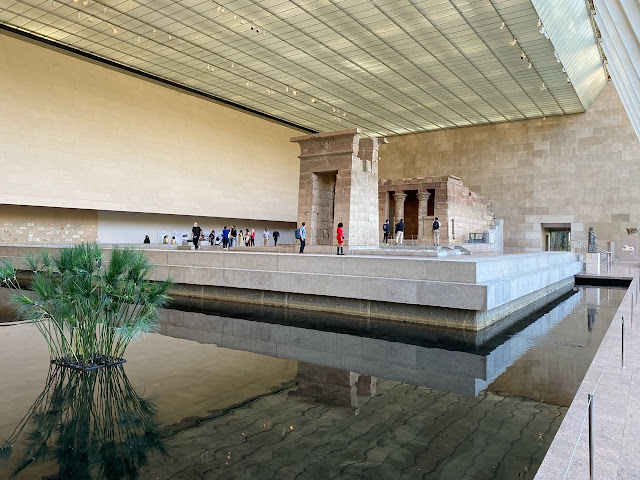 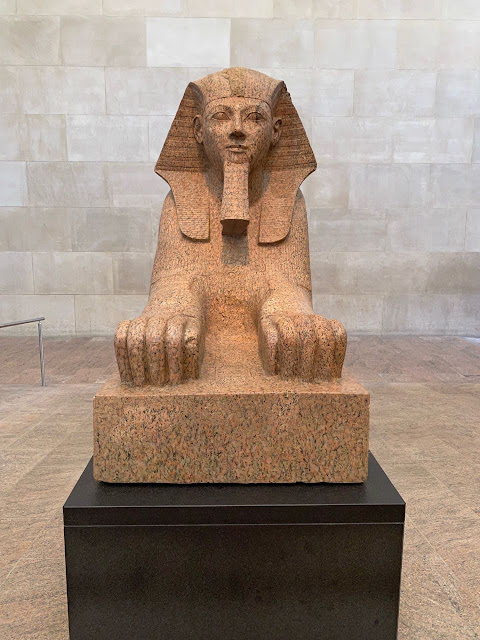 I'm very happy that I got to visit this ancient temple once again.  As in past visits, it was a highlight of my trip to New York.

Spectacular way to preserve the past.

That space is worth the trip

I love the Met!

I would love to visit the Met!