EveryTraveler Has One of These Stories 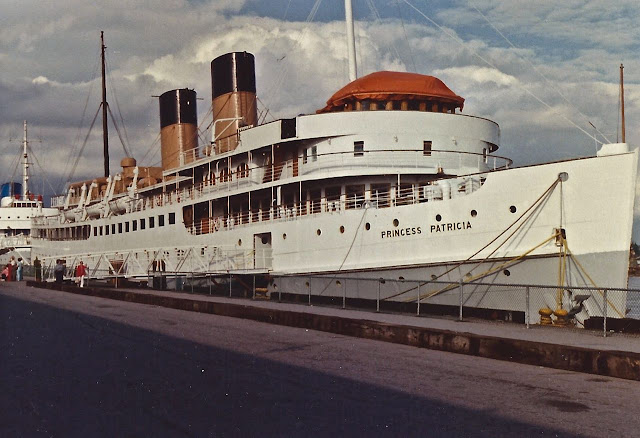 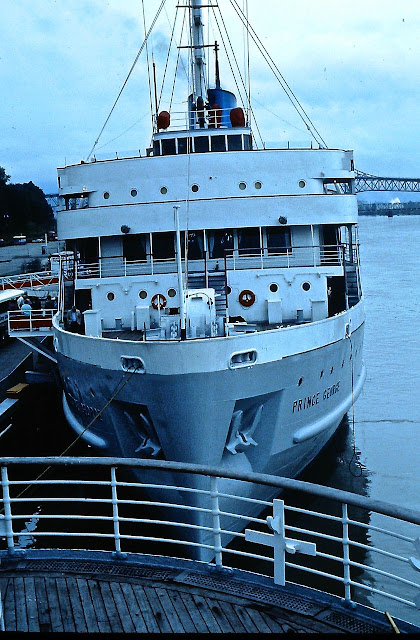 Back in 1986, I attended a National Convention in Seattle and since I was that far north, I took the opportunity to go to the World Expo in Vancouver Canada.  (I did a short post about the Expo here.)

I was accompanied by three others who had also attended the convention.  We asked a travel agent known to us to make the arrangements which she said would be no problem.  However, we didn't get the arrangements sorted until the last day of the convention and even then they weren't complete.  The agent told us we would be staying on a ship that was moored on what I believe was the Frasier River.  We were told that all the hotels were full but that several cruise ships had been commissioned to accommodate the overflow of visitors.

That sounded sort of exciting until we arrived and saw that the ships in question were pretty haggard looking. There were two aged ships docked together, the Princess Patricia where we checked in and were served lunch and the Prince George where our actual rooms were located. 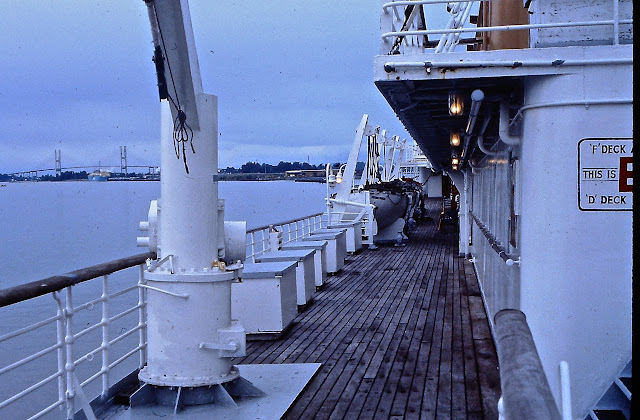 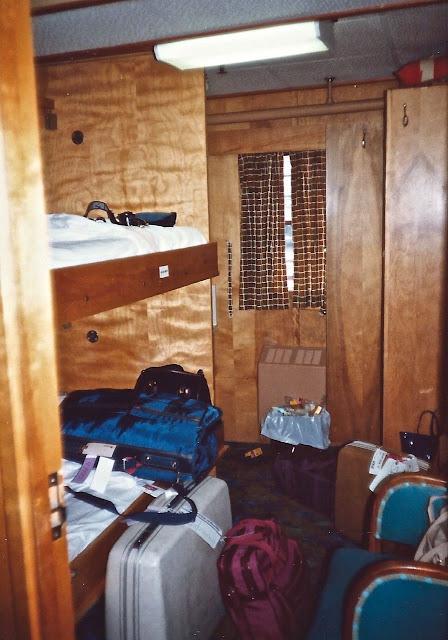 The cabin I shared with one of my friends had just enough room to pass by one another if we stood sideways.  That's my camera laying on the top bunk.  I bumped my head getting in and out of that bunk every time.  It's actually a good thing that our cabin was so small because there was no heat on the boat.  Our body heat was all we had to keep the room warm enough.  However, showering in the morning was a truly awakening experience. 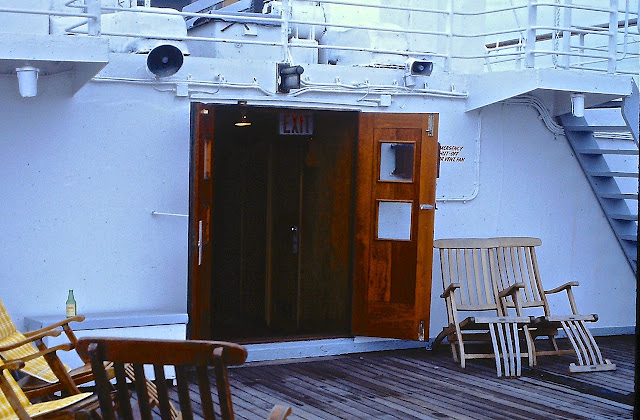 I found this photo among those old slides that I recently discovered.  It sums up the experience perfectly.  The condition of those deck chairs paints a pretty clear picture of the state of these accommodations.

The good news is that we thoroughly enjoyed visiting the World Expo for two days and now we can laugh about this rather challenging travel experience.  It's fun to have colorful travel stories to relate to friends and this one has been told many times.

I've left out quite a few of the frustrations we encountered getting our itinerary and tickets to the Expo.  Suffice it to say that we never used that particular travel agent again.

Oh that is funny. I have had several similar experiences..Uncomfortable at the time...but probably one of your more memorable stories about that trip!

We spent a month in Europe in 1985 and had hotel reservations for only the first night in London. After that we just moved from one B&B to another, finding a new one each day or two. I remember one bone-chilling night in Florence when we asked the lady running a frigid place how to make the heat come on. Oh, she said, it's the wrong time of year for heat. The boiler is shut down. We left earlier than we had planned.

It made me laugh. Hope you found Canadians a very friendly bunch!! : ))

Oh this made me smile Sharon, as soon as I saw your floating 'accomodation' 😊 I agree holiday stories that don't go as planned get more hilarious each time you tell them, I have a few corkers from my trip to Europe 😁