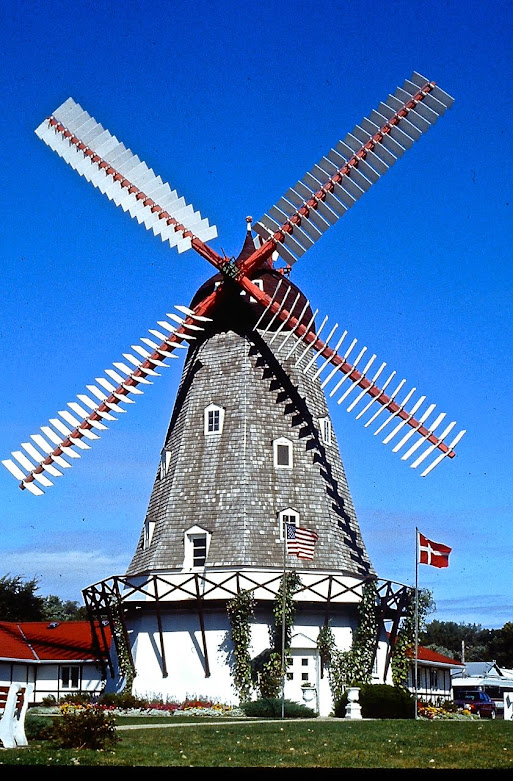 Back in the early 70's, I took a road trip with my parents back to Illinois to visit some family.  On the way, we took a slight detour through Iowa to see this windmill that I had read about.

It's located in Elk Horn Iowa and is the only working Dutch windmill in the United States.  I thought it was beautiful and since I hadn't yet started traveling to Europe, I thought it might be the only one I'd ever see.

Later that same evening our car was headed east toward the border with Illinois when we rolled into the town of Anamosa Iowa.  It was dark but we could see what looked like a huge, dimly lit castle.

We found the hotel we were looking for and quickly made the decision to go back in the morning and find out what that huge building could be. 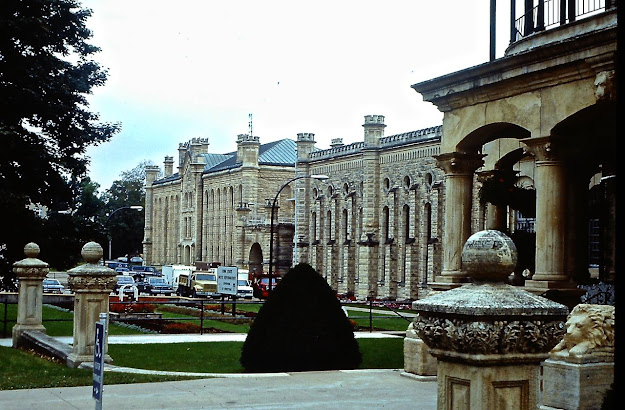 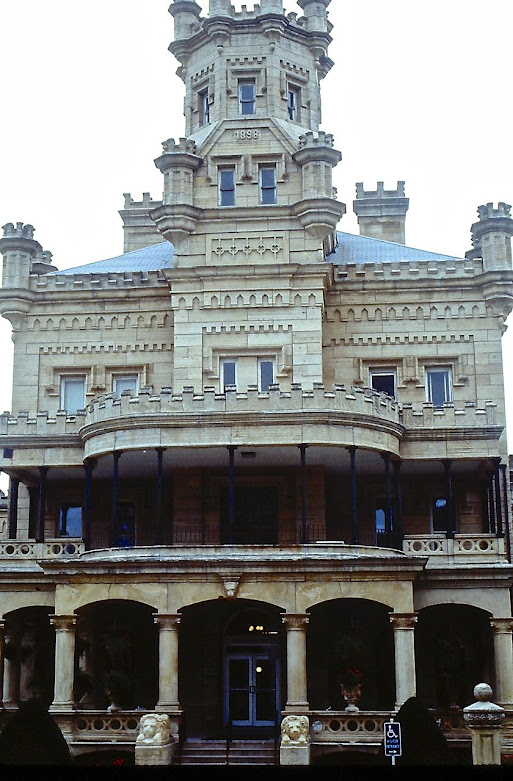 It turned out to be the Anamosa State Penitentiary.  I don't think I had ever seen such an elaborate building as a prison.

The prison was built between 1875 and 1899 and was originally called the Iowa Men's Reformatory.  The building itself in on the National Registry of Historic places. 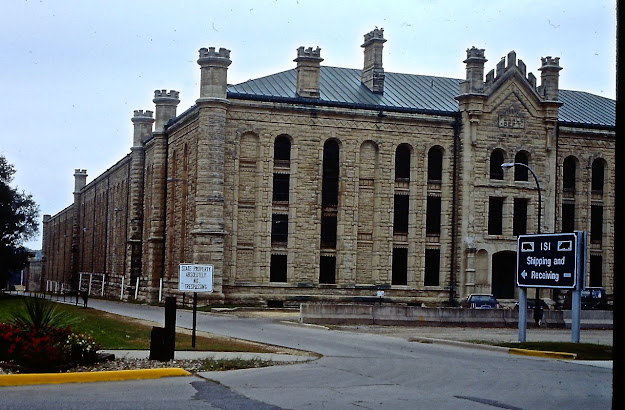 We decided our little detour through Iowa was well worth the extra miles.  We went in search of windmills and discovered a castle too.

These three photos seem to be the only ones I have of the place.  They are from that group of slides I recently found and scanned.  If you would like to see more photos of this beautiful building, this link will take you to the Google image page.  There are some great photos there.

Email ThisBlogThis!Share to TwitterShare to FacebookShare to Pinterest
Labels: Iowa

It pays to travel off the beaten path.

The prison is a showstopper.

Amazing what is around the country, great old building