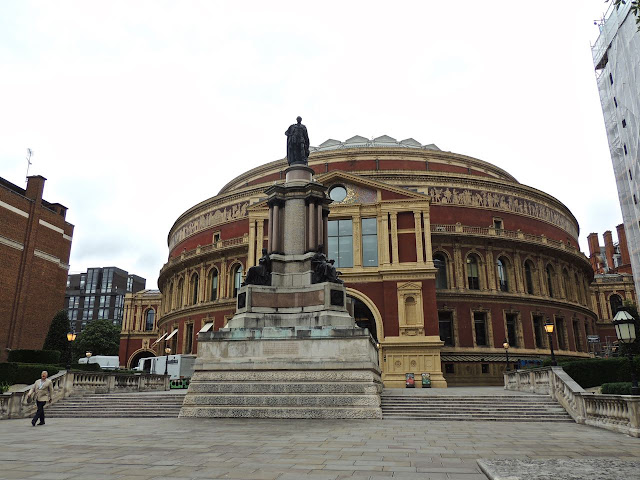 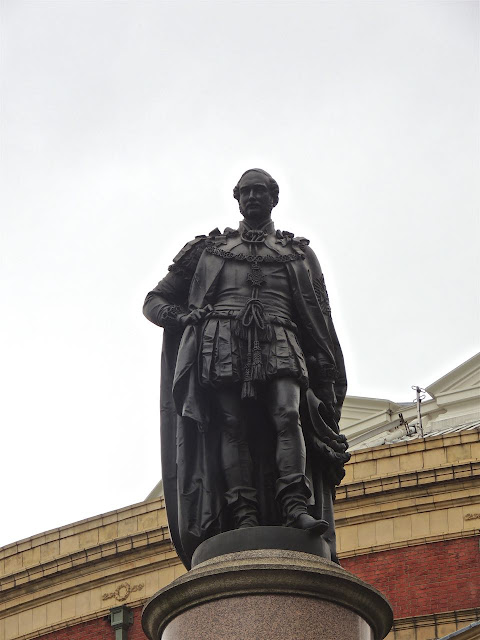 Much has been written about the grand love between Queen Victoria and Prince Albert so it's not surprising that many tributes to the Prince would be seen around London.

One prominent tribute is Royal Albert Hall, the famous concert hall located in South Kensington London.  I've been lucky enough to attend a performance of the Royal Philharmonic inside this grand building.

Standing in front of the hall is a statue of Prince Albert by John Durham.  It's a beautiful statue that deserves more attention than it gets.  However, behind the hall stands another more famous tribute to Prince Albert. 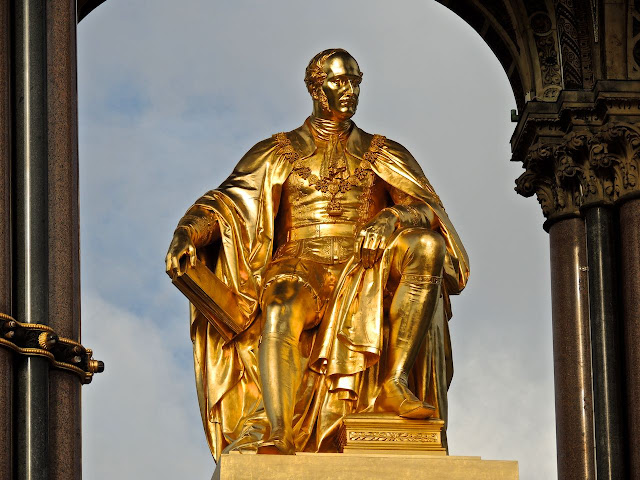 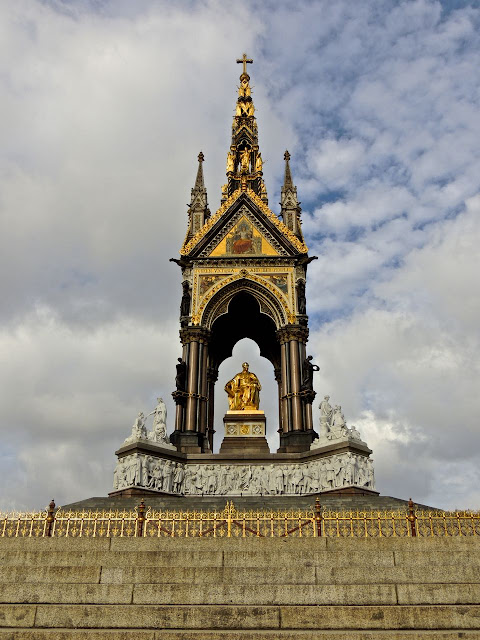 The Albert Memorial sits on the edge of Kensington Gardens directly north of Royal Albert Hall.  It was commissioned by Queen Victoria in memory of her beloved husband who died in 1861.  It was designed by Sir George Gilbert Scott in the Gothic Revival style.  Albert sits on a throne under an elaborate pavilion.  Around the base are allegorical sculptures representing Agriculture, Commerce, Engineering and Manufacturing.  There are four more statues representing four continents, America, Africa, Asia and Europe. 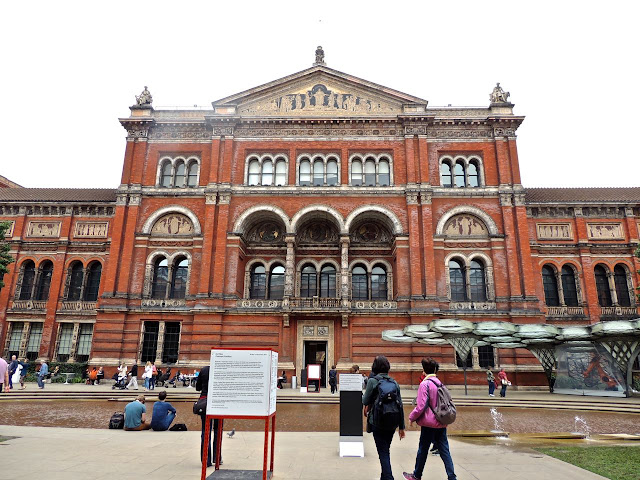 Not far from Royal Albert Hall and the Albert Memorial is the Victoria and Albert Museum.  This view above is of the rear entrance seen inside the museum's courtyard.  The Victoria and Albert Museum was founded in 1852 and named for the royal couple.  It was built in South Kensington in an area known as "Albertopolis" because of all the cultural facilities located here at Prince Albert's direction. 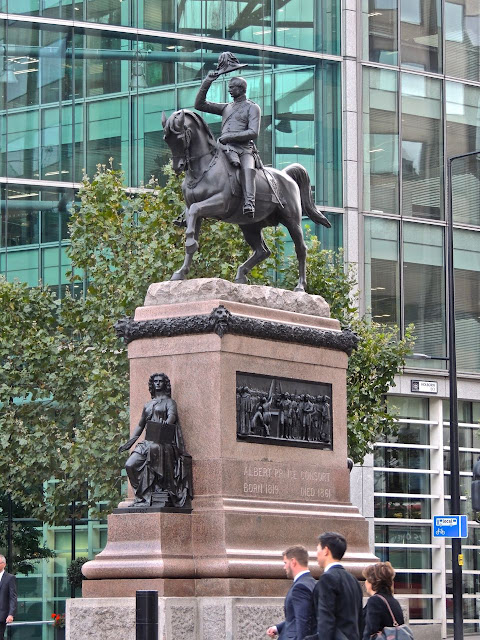 One more tribute to Prince Albert can be found in the center of a busy intersection called Holborn Circus.  This statue is the City of London's official monument to Prince Albert.  It is an equestrian statue with Albert raising his hat as if recognizing onlookers at a parade or ceremony.  This statue was created by Charles Bacon and is considered one of his best works.

Prince Albert may have been a Royal Consort but is influence over the Queen as well as the land is evident in all corners of the city.

The year before the London Olympics, we stayed in a nice redone hotel near the V&A museum, it was amazing. I need to go back.

Geez! You might as well call him the golden boy.

I love that second photo. I hope that doesn't make me Trumpian.

I meant the second photo of Prince Al.