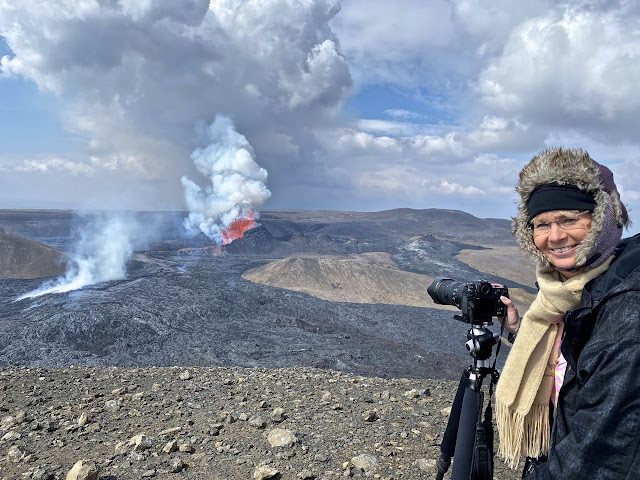 Last week, my post was about my friend Julie's recent trip to Iceland and featured scenes from the capital city of Reykjavik.  This week I'm featuring some photos from her adventure photographing the volcano.
The top photo shows Julie with her camera pointed at the volcano and to the right is a scene showing the hikers walking to the viewing spots. 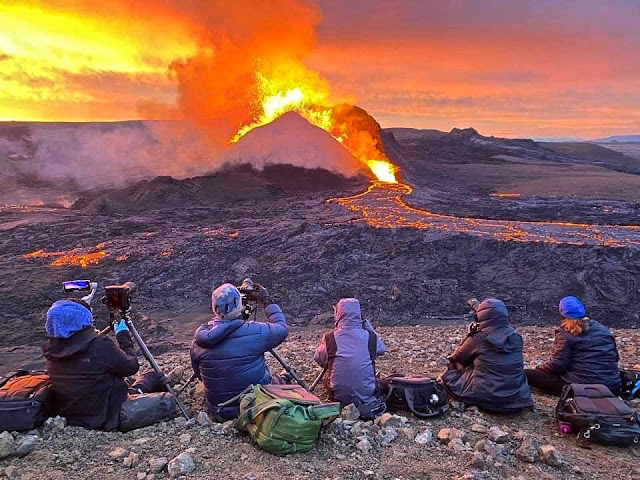 I love this photo of the photographers all lined up to take their photos.  Julie said that the volcano bubbled and simmered and then approximately every 20 minutes it would erupt with a spectacular show. This shot taken off the viewing screen on Julie's camera give you and idea of how spectacular it was. 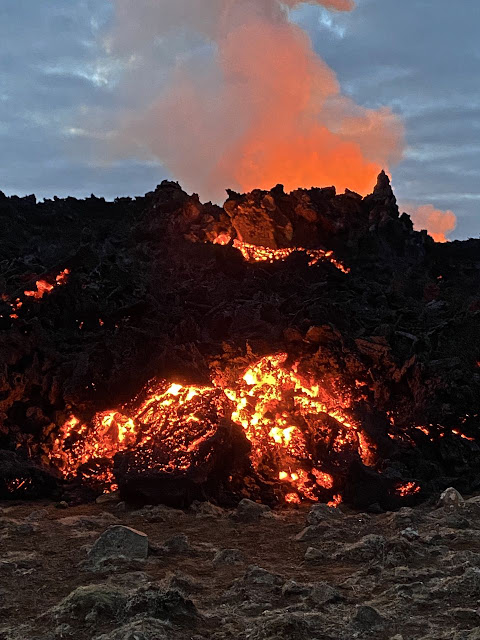 This shot shows some of the lava flows. 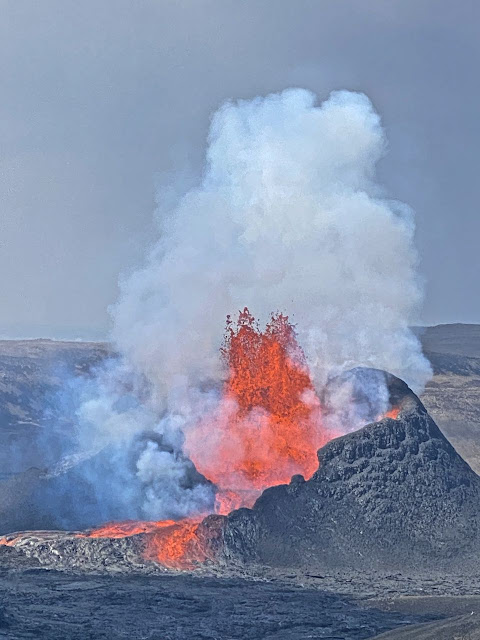 Here is another shot of an explosive eruption. 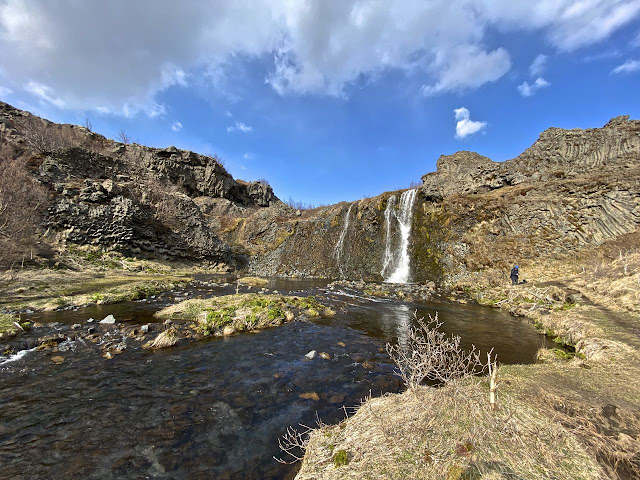 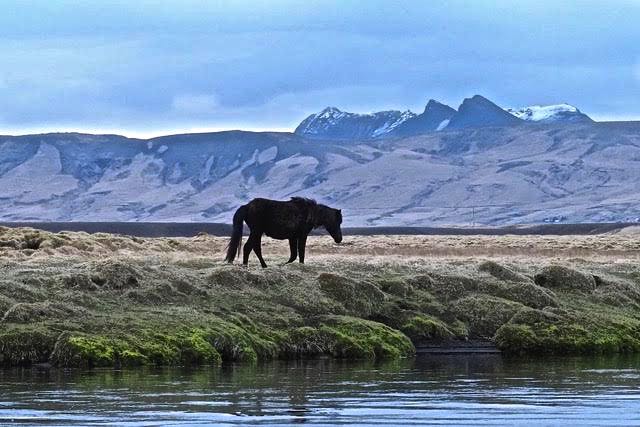 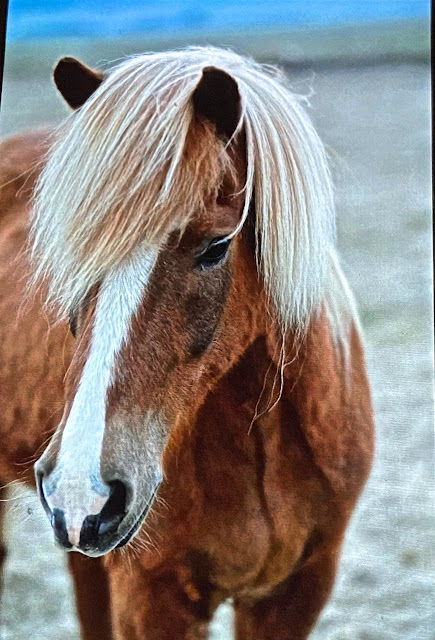 Julie also got to see some of the beautiful scenery in Iceland.  She found a beautiful waterfall and some Icelandic ponies who were curious about the people and their cameras. 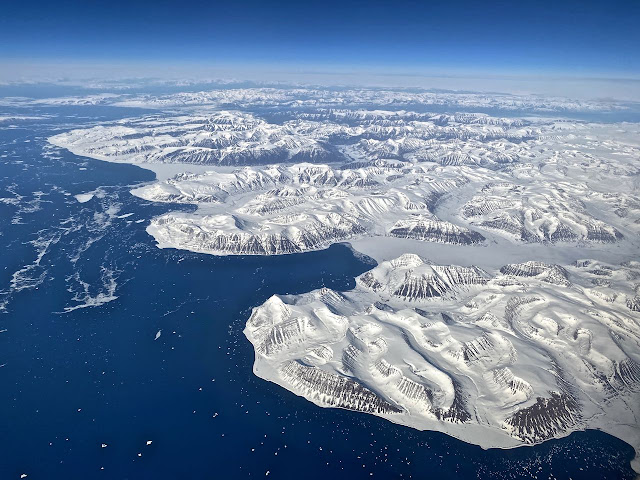 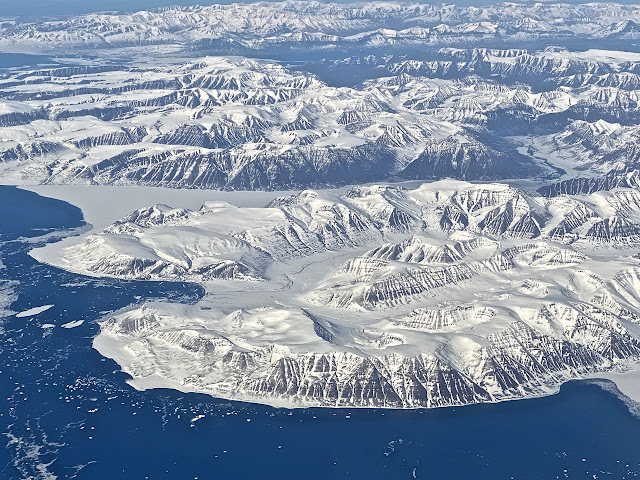 These last two photos are a bonus.  As Julie's flight was leaving Iceland, someone told them they were passing over Greenland if they wanted to get some photos.  Julie took these two shots out of the window with her iPhone.  Aren't these amazing?  I love them.
I want to thank Julie for letting me share these photos.  What a fabulous experience to get to see a volcano erupting along with all this wonderful scenery.
Posted by Sharon at 1:00 AM

I want to go back, and spend more time. The people are wonderful - The landscape amazing. Thanks for sharing great photos

Beautiful shots. I have found that volcano mesmerizing, and occasionally look at some of the Youtube live feeds of it at work.

Some of these shots remind me of Mordor. :-)