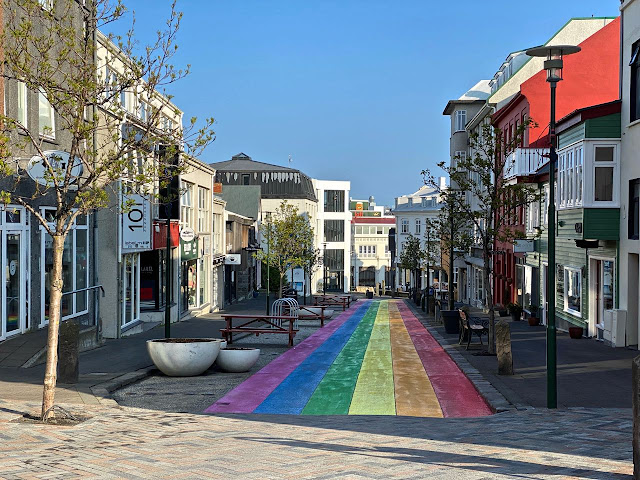 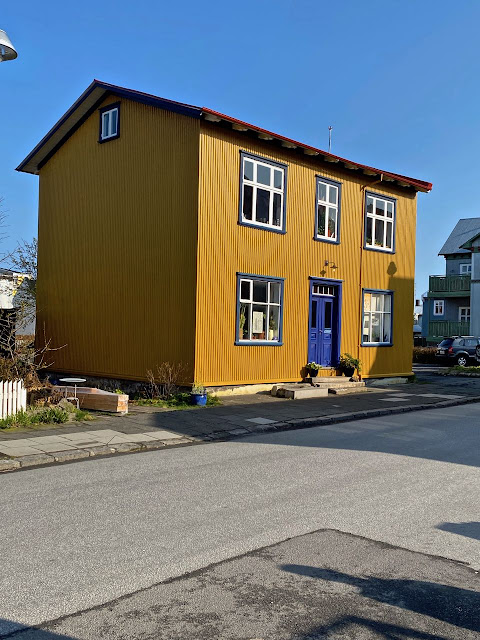 My good friend Julie took a spur-of-the-moment trip to Iceland in mid-May and joined a small group of photographers on a quest to photograph a volcano.  While she was in the country's capital, Reykjavik she took quite a few photos around town and texted them to friends.
I saved some of the photos she sent and asked her if I could do a post featuring them.  I'm pretty sure that I'm never going to get to Iceland so this might be the only chance my little travel blog gets to share these scenes.
These photos were mostly taken with her iPhone while she walked around Reykjavik and explored the city. 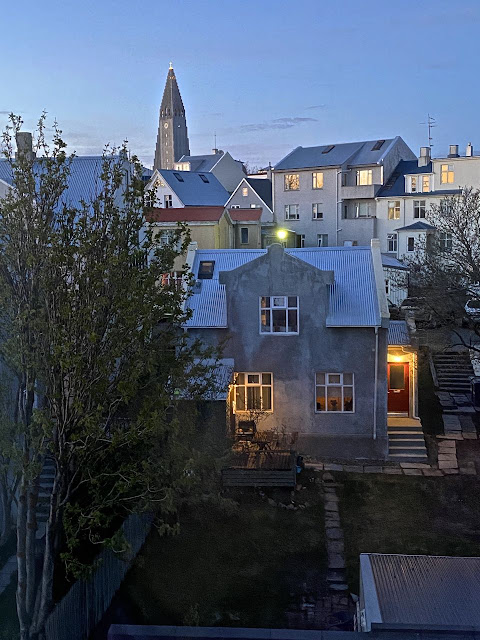 If I'm not mistaken, she took this photo from her hotel window well after midnight. She told us that this was as dark as it got the whole time she was there. 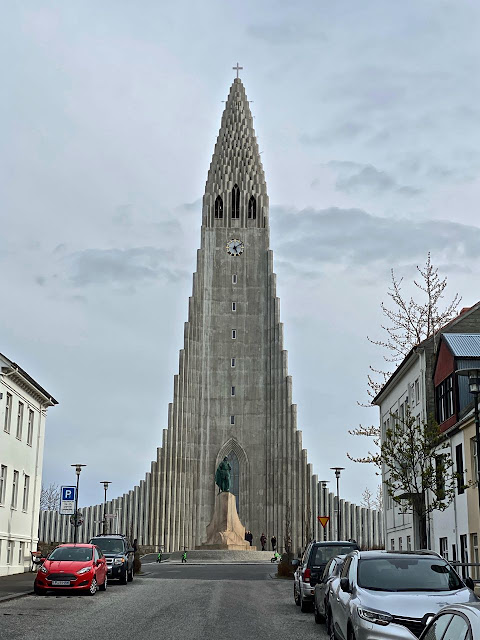 Dominating the skyline in Reykjavik is the Hallgrimskirkja (Church of Hallgrimur).  This church was designed by architect Gudjon Samuelsson.  He is said to have been inspired by the Icelandic basalt lava flows around the island nation that create step-like layers.

Construction of this church spanned four decades from 1945 to 1986. 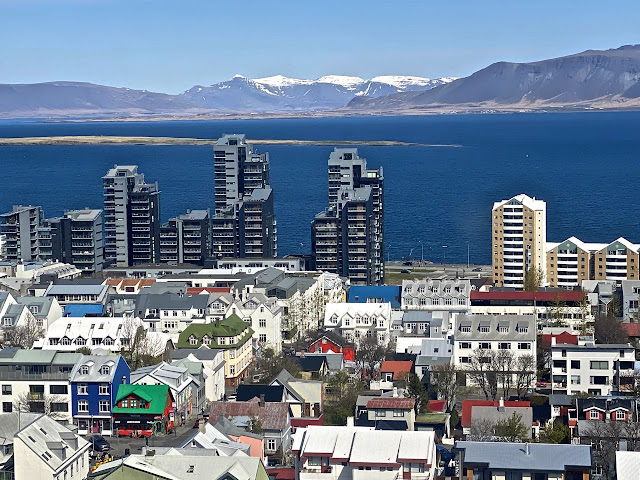 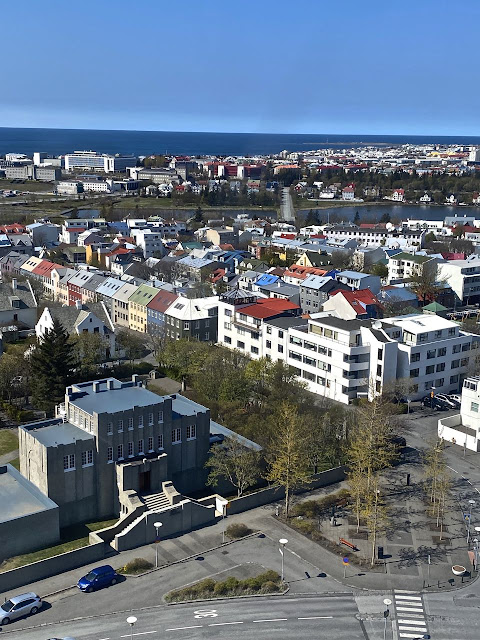 Julie took the elevator to the observation deck at the top of the church tower to get these awesome, panoramic views of the city. 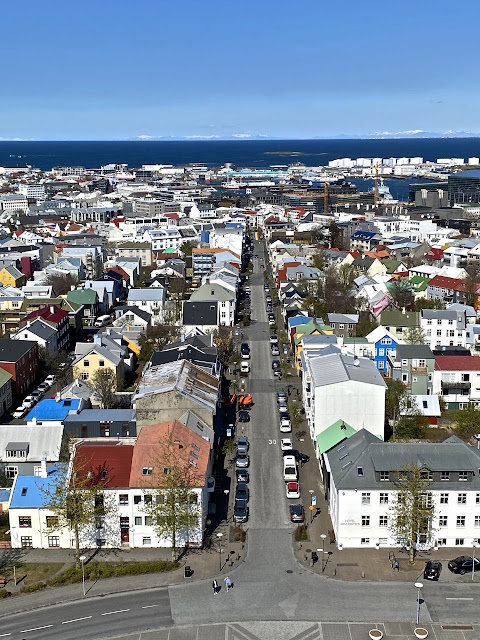 One thing that strikes me looking at these photos is how crystal clear the air is. 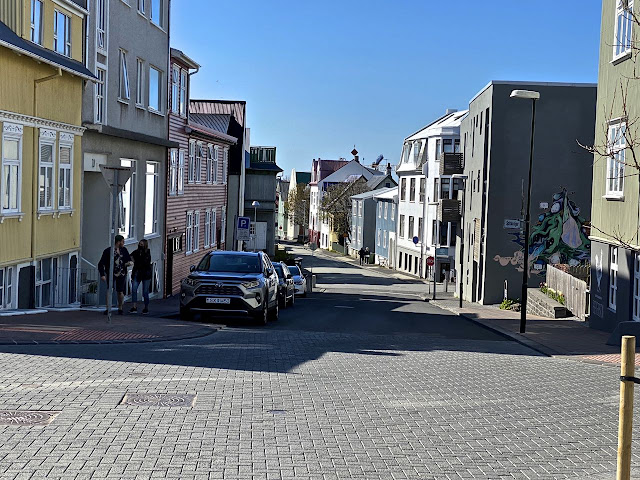 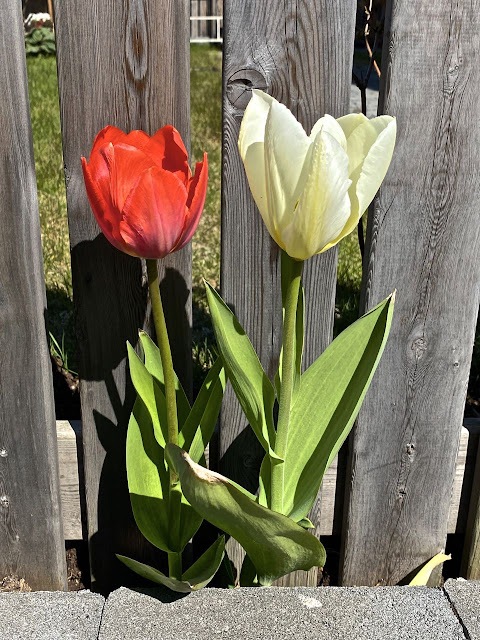 Back on the ground again, I loved this photo she sent of the two tulips growing outside this rustic fence. 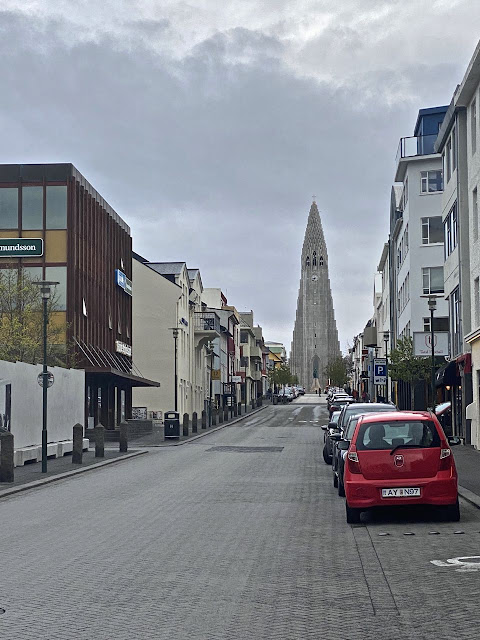 These are some of the photos Julie shared while in Reykjavik.  Next Sunday I'll show some scenes from out of the city and some from that volcano she went there to photograph.  There will be some pretty amazing shots featured next week.

The church is a real eye catcher. It reminds me of a space shuttle.

This is a place I would like to visit as well.
Not a living soul on the streets... : )

The church is a show stopper.

Yes, that church and the clean air are the stars of the show.