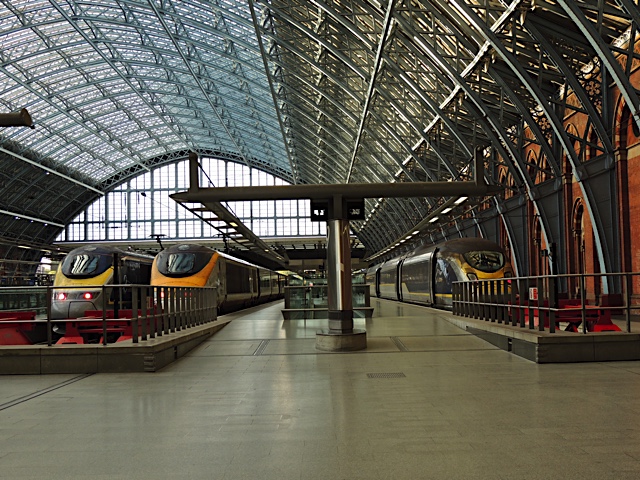 On my most recent trip to London, I decided to spend 24 hours in Paris visiting some Chicago based friends who were going to be in the city.  I had traveled on Eurostar's train between Paris and London before but, it was years ago when the train still left from Waterloo station.  Since that time, the London departures are now going from St. Pancras Station and the trains have been updated. 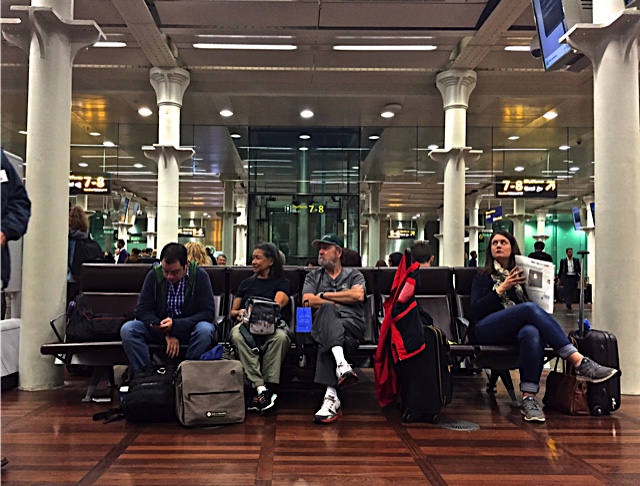 Checking in for the Eurostar train is simple, I just scanned the bar code on my ticket and the gates opened to let me in.  There is a security check point much like an airport and then you arrive at a booth for passport control.  They stamp your passport to leave England and a few feet (4 steps actually) is another booth where the French attendant stamps your passport for arrival in France.  All in the space of about 4 feet.  Then you wait in the passenger hall for your train to be announced on the monitors.  I got to thinking that you are really in a sort of limbo sitting there waiting.  You've officially left England without actually leaving and you've officially entered France without actually entering the country yet.  It was kind of a strange feeling. 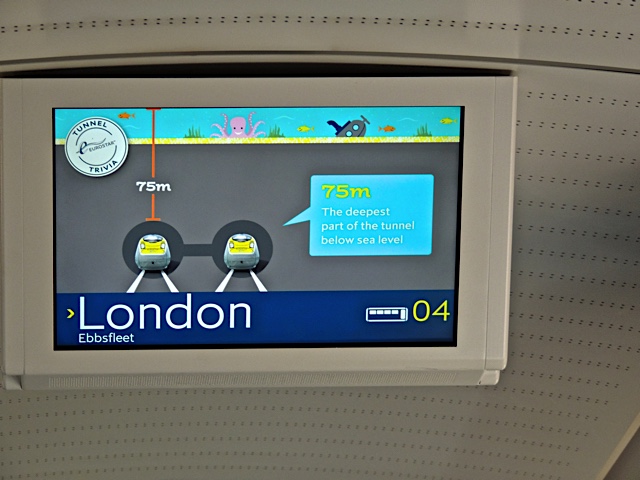 There are a series of monitors in each train coach and they give all kinds of interesting facts about the tunnel.  This one says the deepest part of the tunnel is 75 meters below sea level (250 feet). 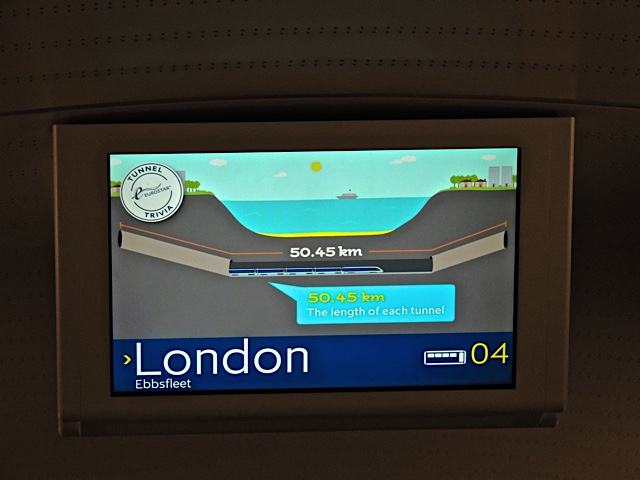 This one is saying the tunnel is 50.45 kilometers in length (31.4 miles).  It takes approximately 35 minutes to travel the length of the tunnel while the whole trip from London to Paris is about 2 hours and 50 minutes.  The tunnel is the 11th longest tunnel in use today and the 4th longest used by a railroad.
There are actually 3 tunnels below ground, two for trains and one tunnel for service.  Up to 400 trains pass through the tunnels every day. 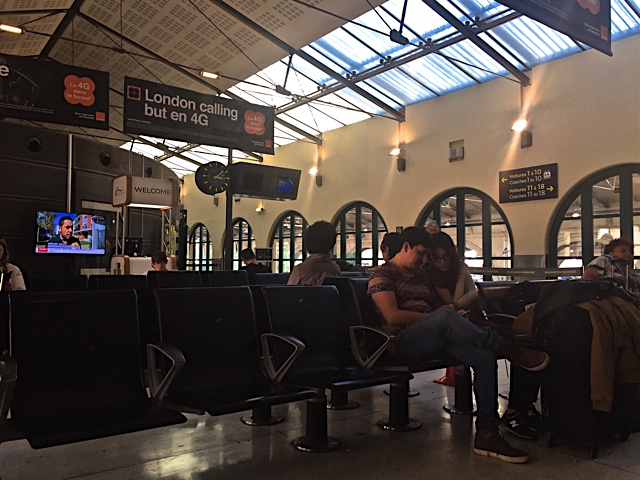 After my 24 hours in beautiful Paris France, I headed back to the train station (Gare du Nord) for the trip back to London.  The security and passport control was almost exactly the same.  First my passport was stamped as leaving France and then 4 feet further it was stamped again as returning to England.  Once again I sat in limbo in the waiting area until my train was announced.  It actually is quite simple and easy to do.  I couldn't help wondering if any of this will change when the 'Brexit' work is done. 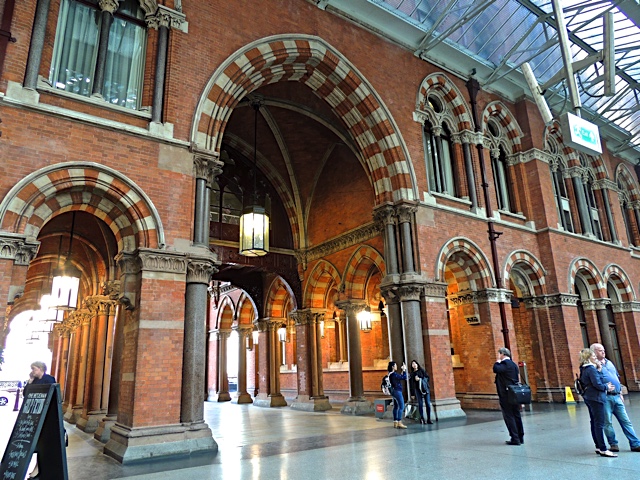 In a little less than 3 hours, I was back at St. Pancras station ready to hail a cab for the trip back to my hotel.  The channel tunnel has been recognized by the American Society of Civil Engineers as one of the 7 wonders of the modern world.  It is well worth experiencing.
Posted by Sharon at 1:00 AM

Aimee and I went on the Eurostar through to Paris a few years ago Sharon, so quick and efficient, I enjoyed it very much.. but then I was on the way to my second favourite city ☺☺

What a great and most interesting post, Sharon. I would ride most anything to get to Paris! But, I do have some claustrophobic tendencies and wonder if I would be able to ride these trains without a problem. That's sort of a rhetorical question as I doubt the chance would ever arise.

I imagine it'll have an extra wrinkle or two after Brexit goes through. I'd find myself wondering how I'd feel knowing the whole of the English Channel is over my head.

It had yet to be opened when I was in London and Paris in 1985. But I'd love to travel on that train.

This design is spectacular! You definitely know how
to keep a reader entertained. Between your wit and your videos,
I was almost moved to start my own blog (well, almost...HaHa!) Fantastic job.

I really enjoyed what you had to say, and more than that, how you
presented it. Too cool!