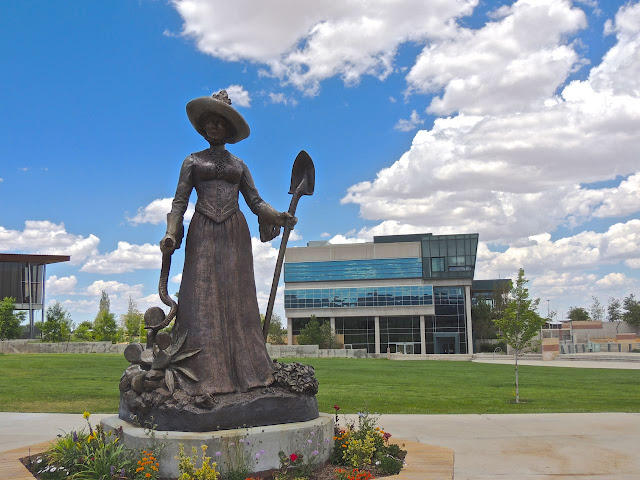 The city of Prescott Valley Arizona has created an area around its municipal buildings that is filled with sculptures.  My sister lives in Prescott Valley, about an hour and a half drive north of Phoenix.  On one of my visits to see her, we walked around this area admiring all the art work.  Here are some of pieces we admired.  First is a sculpture by Debbie Gessner called "Not So Gentle Tamer".  It's a tribute to all the pioneer women who helped tame the west.  The artist was inspired by the works of western artist, Bob Boze Bell. If you look closely, you will see she is holding a snake in one hand and a spade in the other.  Those pioneer women were a tough bunch. 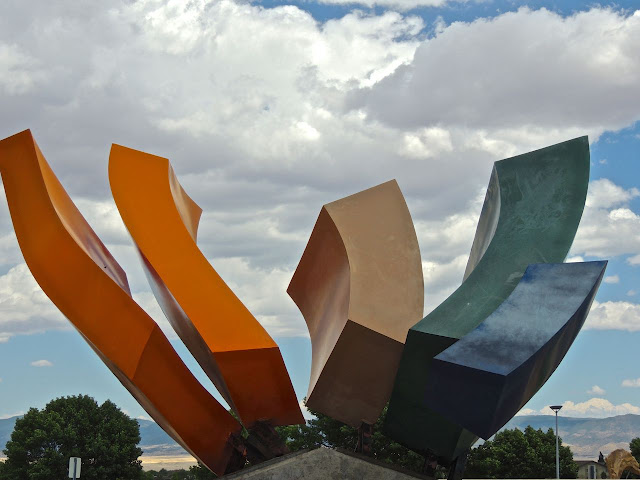 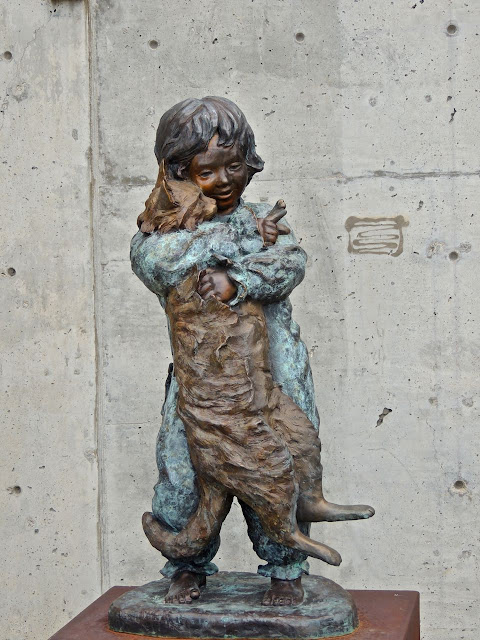 Above is a modern sculpture called "Limitless" by Michael J. Tierney.  Those colorful arms are reaching for the sky.

And to the left is a cute piece called "Bedtime" by Joan Andrews.  It looks like that cat is off to bed with that child. 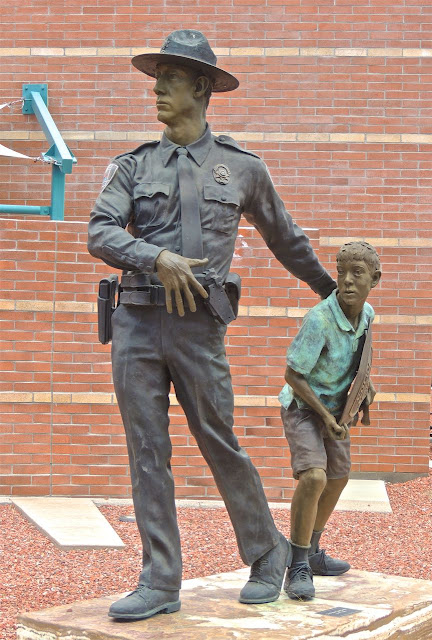 The sculpture to the right is called "To Protect and Serve" and was created by Clarke C. Riedy.  This one was commissioned by the city of Prescott Valley to honor the police force. 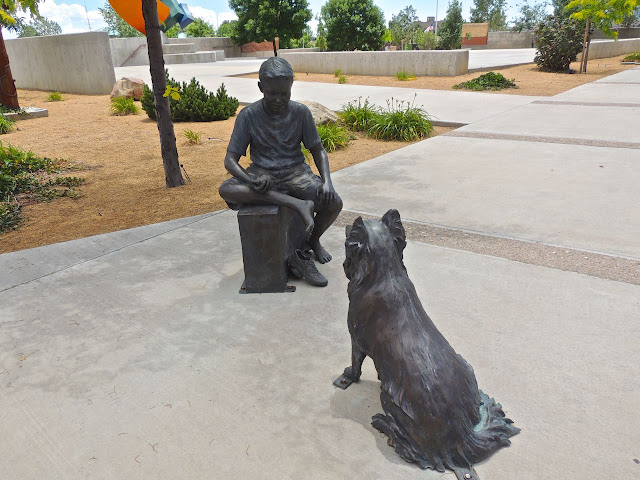 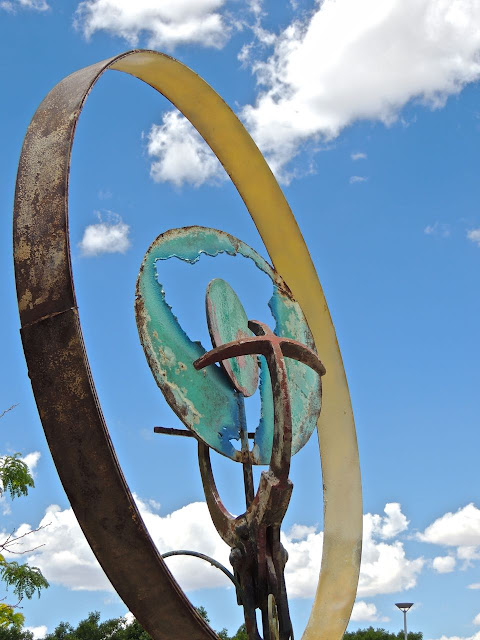 The piece above is "Learning Together" and was sculpted by Jeff Carol Davenport.  The artist based this sculpture on her own son and his dog.

To the left is another more abstract sculpture called "Adios Columbus".  It was created by Regina Araujo Corritore.  I read that the yellow represents the sun and the blue the seas. 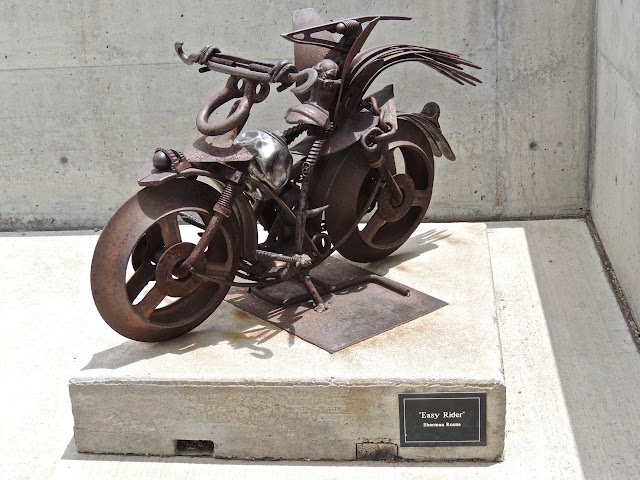 This last one doesn't need any interpretation.  It's easy to see that it represents a motorcycle.  It's called "Easy Rider" and was created by Sherman Rouse.  The Northern Arizona city of Prescott Valley has done an excellent job collecting a variety of art works for citizens and visitors to enjoy.

The cat portion of the sculpture is thinking, "let me go!"