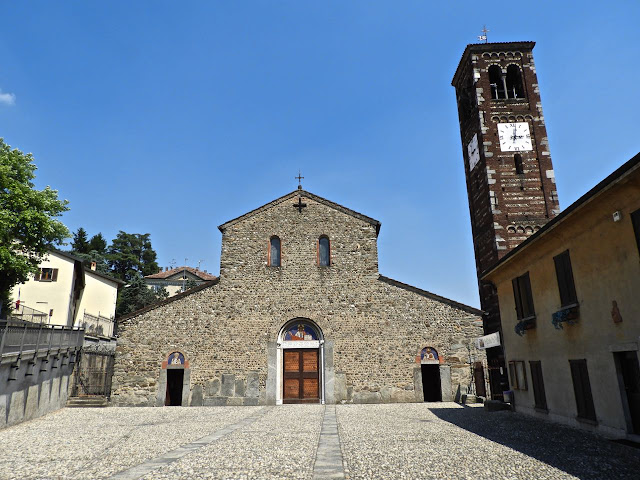 On our last day in Italy, we had a driver take us from Bellagio on Lake Como back to Milan where we would spend the night before our flights home.  One of the stops we made along the way was in the village of Agliate where an ancient church was located.  The Basilica of Agliate is also known as the Basilica of Saints Peter & Paul and it dates to shortly after the year 1000. 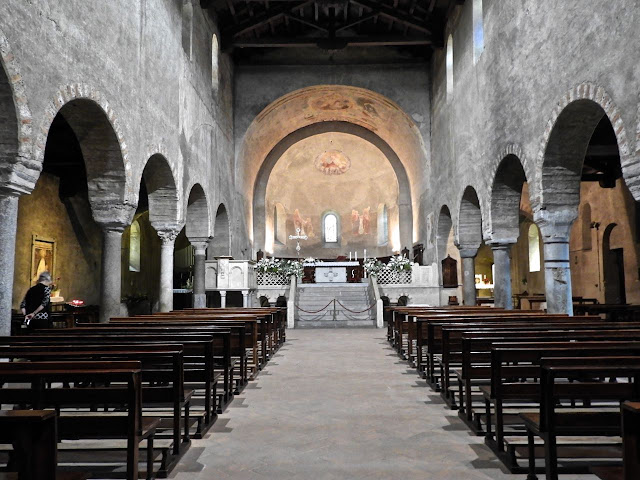 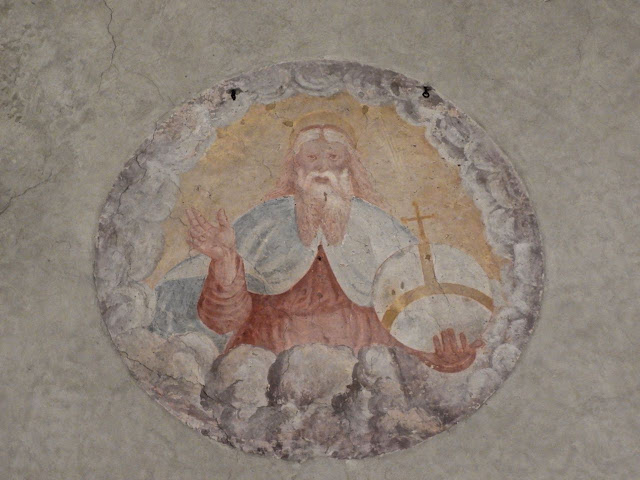 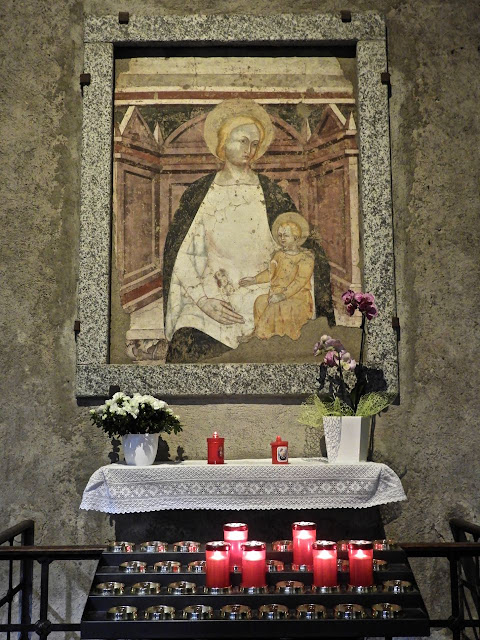 Most of the frescos on the wall are badly faded.  It would be wonderful to see some of these restored.

This fresco of the Virgin dates to the second half of the 14th century. 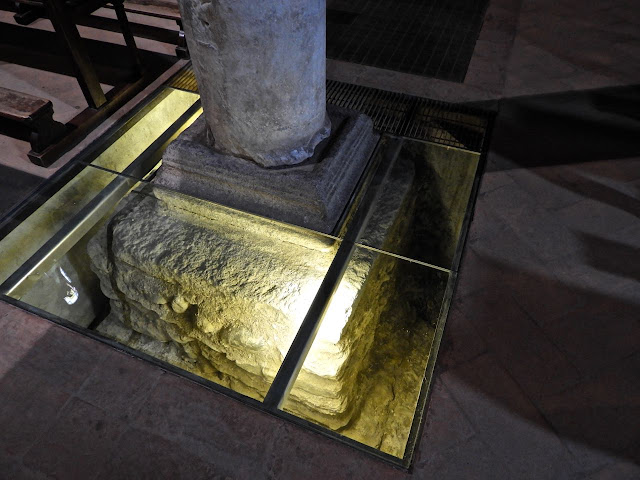 There were two places in the floor where glass had been installed so visitors could see the original foundations dating to Roman times under Emperor Julian the Apostate. 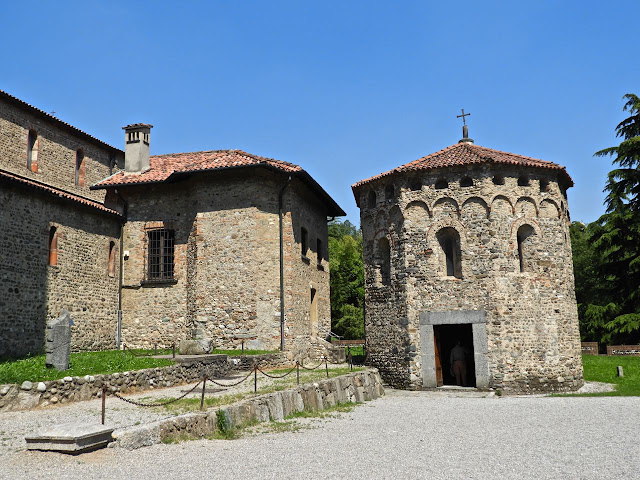 Next to the church was the Baptistry. 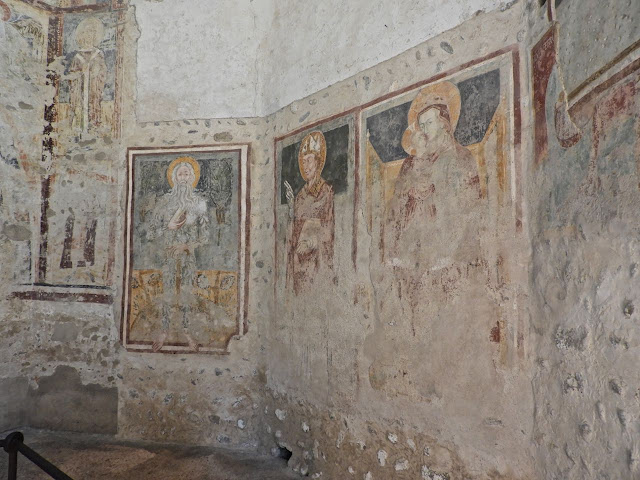 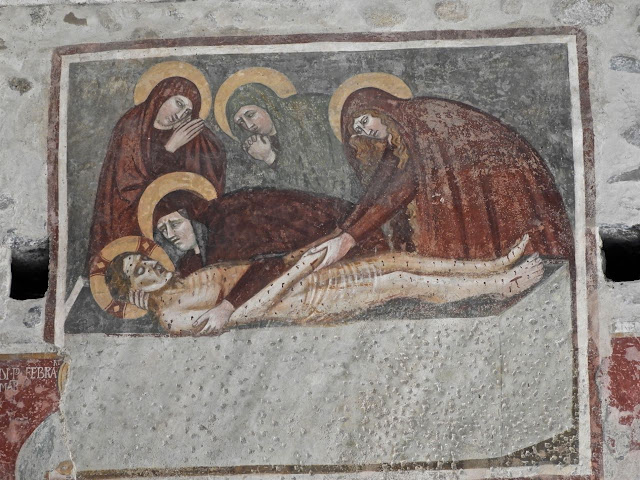 Inside the Baptistry were more frescos.  You can see that the three above are badly faded but this last one of the Deposition of Christ dates back to the 14th Century and still has lots of color to it.

It was an interesting place to visit that probably does not get a lot of visitors from other countries.  All of the signs and printed literature was only in Italian.  I'm glad our driver suggested this stop along the way.
Posted by Sharon at 1:00 AM

Quite an impressive place.

Unexpected stops along the way, often yield the highlight of the trip. Amazing place.