The Force is With Our People 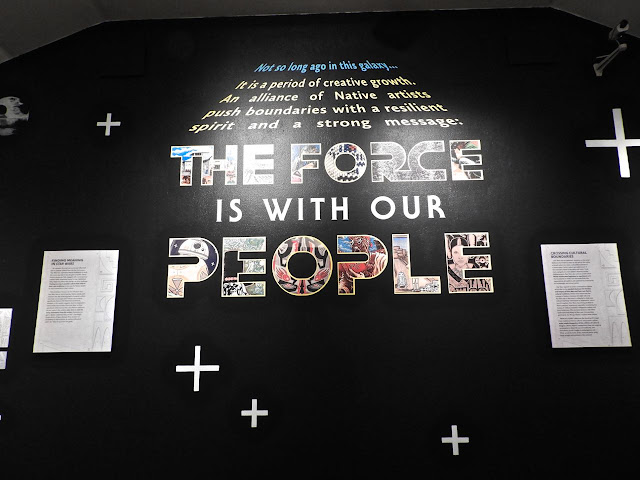 When I was in Flagstaff two months ago, I stopped at the Museum of Northern Arizona to have a look around.  It's a wonderful museum representing the history of the northern half of our state.  However, I was especially drawn to a special exhibit called "The Force is With Our People". 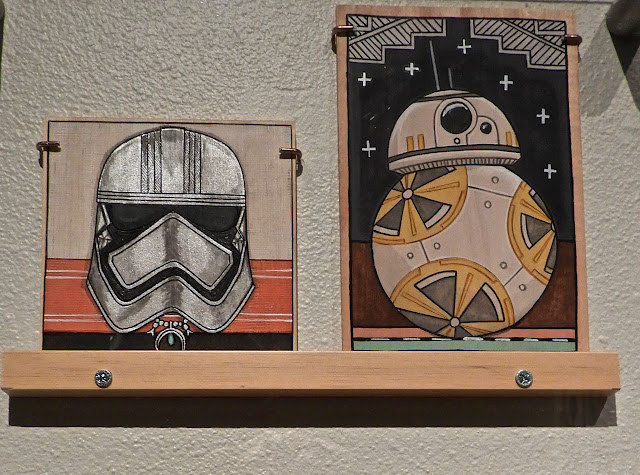 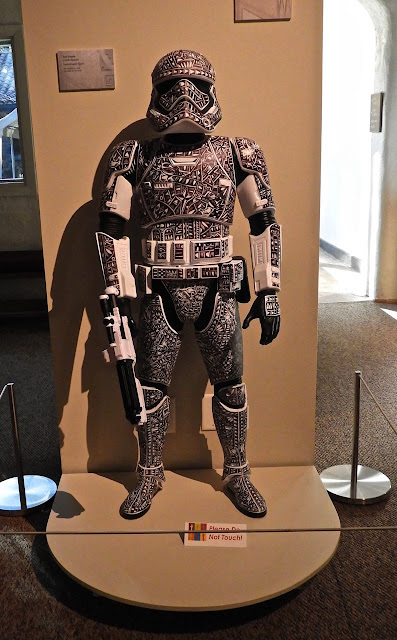 The exhibit features works of art by a variety of Native American artists that have all been influenced by the Star Wars narrative.

The two carved and painted wood creations above were made by Mavasta Honyouti, a Hopi.

To the left is a Stormtrooper Figure created by Rod Velarde, a Jicarilla Apache.  The storm troopers uniform is intricately painted with Native American designs. 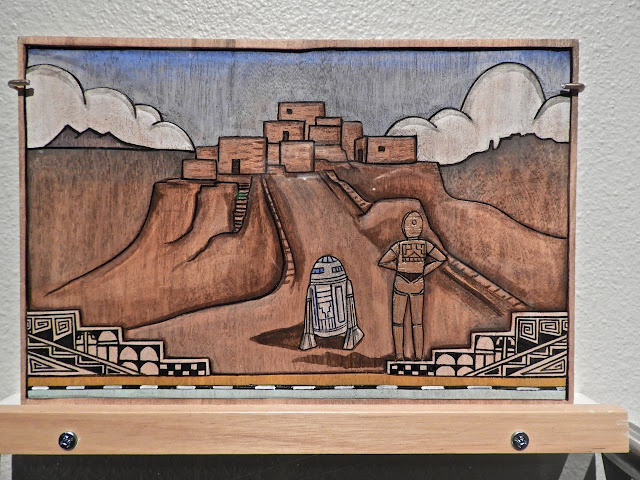 This piece was one of my favorites in the exhibit.  I think it's beautifully done.  This one is also by Mavasta Honyouti and is also painted and carved wood.   It's called "Droids in Walpi". 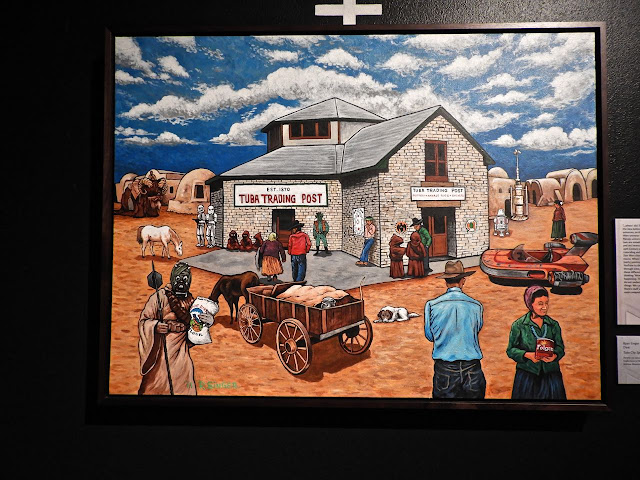 Another beautiful piece is this painting by Ryan Singer.  Ryan's statement about this piece was very interesting, it reads:  "...when I did Tuba City Spaceport, the idea was parallel universes, so there is like a Start Wars Universe here and a Navajo Universe here....these two are somehow connected and are interacting in a sort of 19th century period....They're coinciding and interacting with Star Wars characters from the first movie." 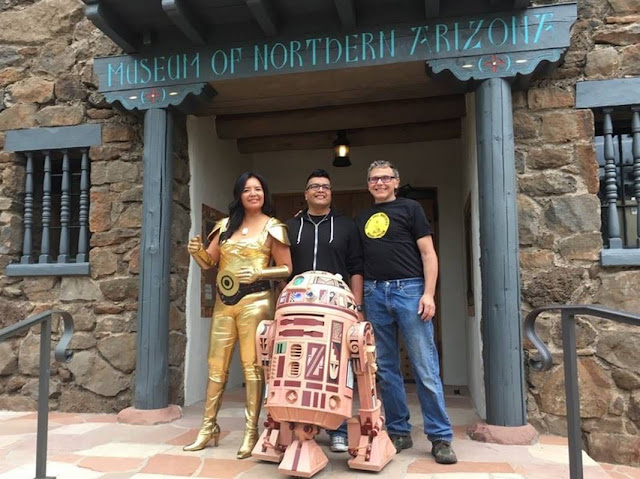 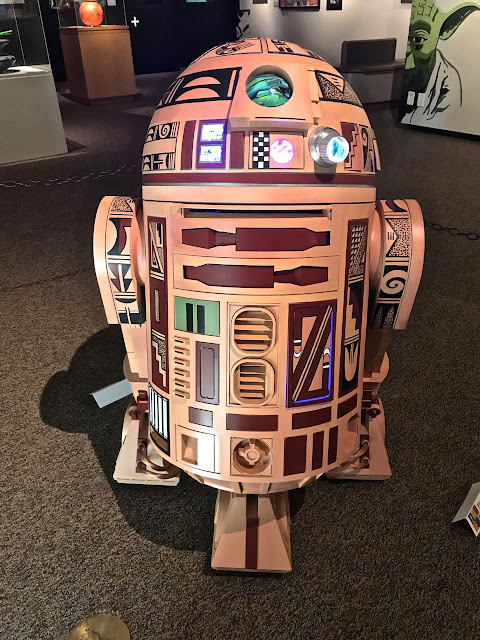 I borrowed the above photo from the NPR web site.  They recently did a story about this exhibit and hearing it reminded me that I had these photos.  It features artist Duane Koyawena with his custom R2D2 unit.  He and friends are standing in front of the museum.

To the left is the photo I took at the museum of this life-sized figure that has all the bleeps and buzzes of the original R2D2.  I stood listening to him for a long time wishing I knew his language.

It really is a fascinating exhibit and well worth a visit to the museum if you are in the area.  The exhibit is up through March of 2020.
Posted by Sharon at 1:00 AM

George Lucas (or anyone else) never dreamed what his Star Wars saga would do to society.
|—O—|

There is an exhibit opening up here at our National Gallery soon that features a Storm Trooper armor done in a Pacific Northwest style.

What will this younger generation come up with next? (grin)