Paintings for the Future 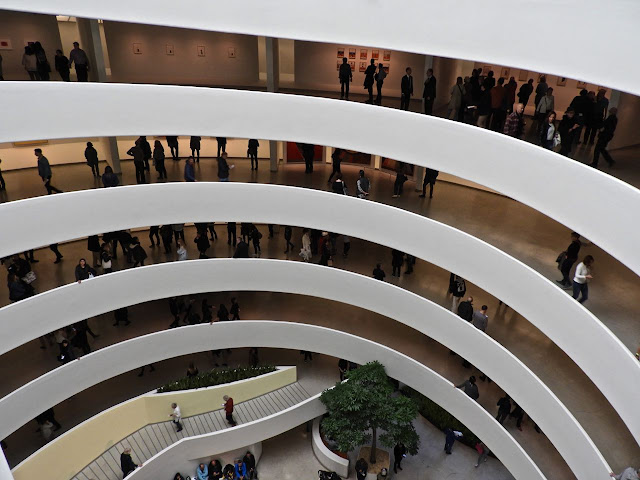 Last week my post was all about the inspiring architecture of the Guggenheim Museum in New York.  In that post I mentioned that while I was engrossed in the genius of the building's design, I also enjoyed the current exhibit. 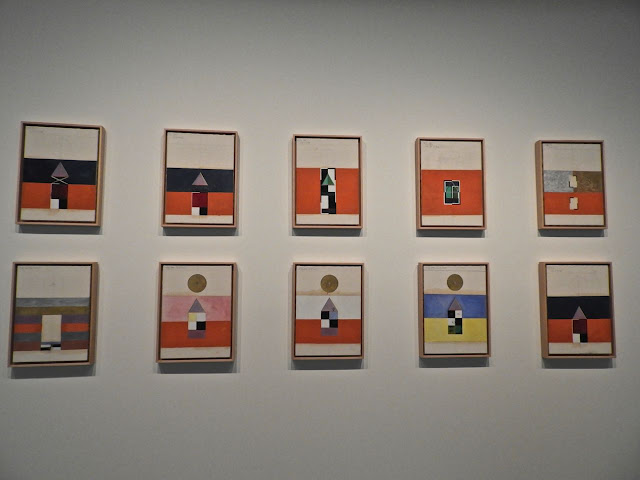 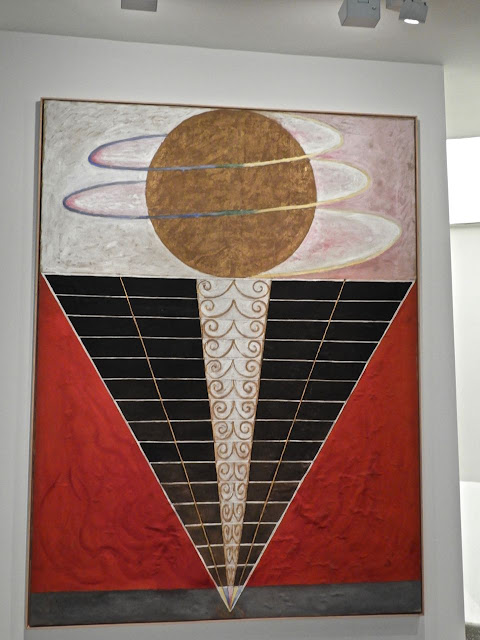 I always enjoy seeing the works of great masters that I can only see when visiting other cities.  However, it is something very special to be introduced to an artist I had never heard of before and to be so taken with her body of work.

The exhibit is of the paintings and drawings of Hilma af Klint a Swedish born artist who began painting abstract works in 1906, long before Kandinsky and others opened the door to that style. 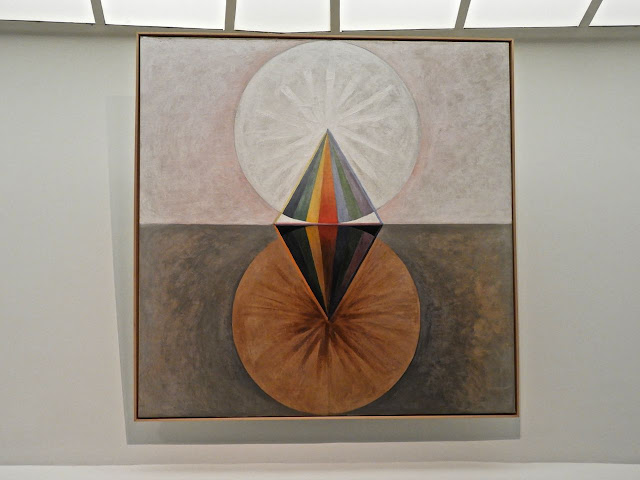 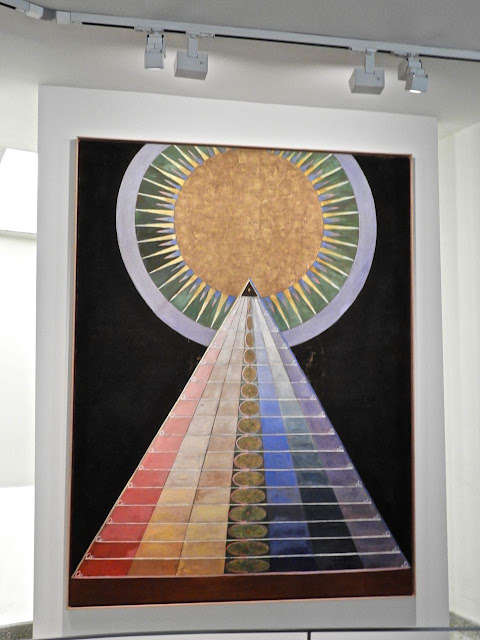 Klint was convinced that the world was not ready for this style of art and because of that she stipulated in her will that her works not be shown for 20 years following her death.  However, it was closer to 40 years before her work was seen and began to receive serious attention.

This exhibit at the Guggenheim Museum is the first major solo exhibit of her work in the United States. 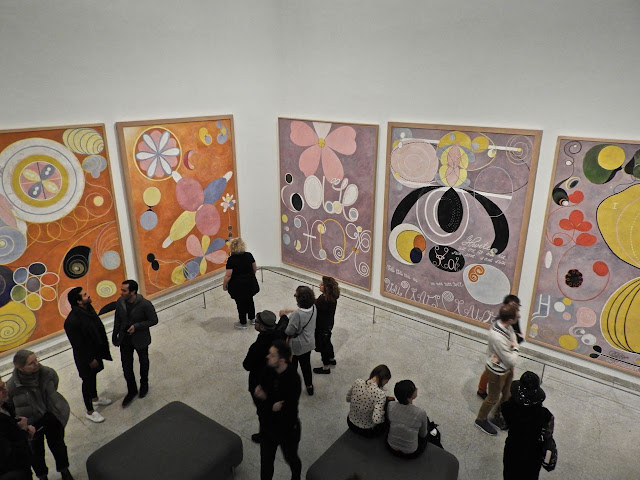 I found the whole exhibit fascinating.  Almost as fascinating as Klint's story and her belief that her art was way ahead of its time.  Klint became involved in spiritualism and Theosophy.  The Guggenheim describes her work as an "effort to articulate mystical views of reality."  I just found it to be the perfect display of work inside this perfectly designed building.
Posted by Sharon at 1:00 AM

I'm usually not a fan of abstract art but these are very appealing to me. If she was ahead of her time or not we will never know but I believe these works of art would have been enjoyed by many people even 40 years ago.

These work for me. I don't often go for abstract, but some times the style suits me.

I love the paintings in the last photograph. The others, not as much.

I envy your visit to this wonderful gallery.

Incredible!! You Really Like Lines. A Library of Distinction photo was brilliant. Well Done

I watched a documentary about Peggy Guggenheim a few days ago Sharon, quite a character. Personally I love abstract paintings, so enjoyed seeing then a lot ✨