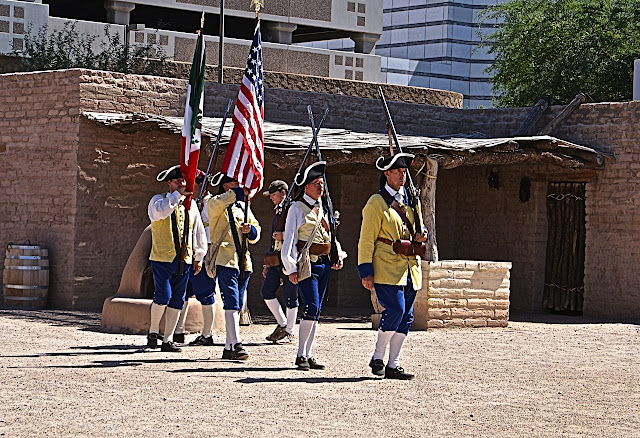 In the heart of downtown Tucson is a historic gem, El Presidio de San Augustin del Tucson the original Spanish settlement built in 1775.  It was a fort that was roughly built in the beginning but, grew to 11 acres over the next few years and was surrounded by a tall adobe wall. 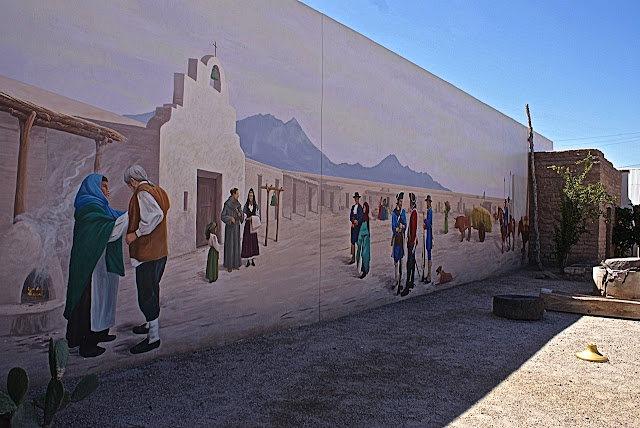 The adobe wall surrounding the fort is gone now but this wall on the historic property has been painted with a mural that depicts the colonial life inside the fort back in the 18th century. 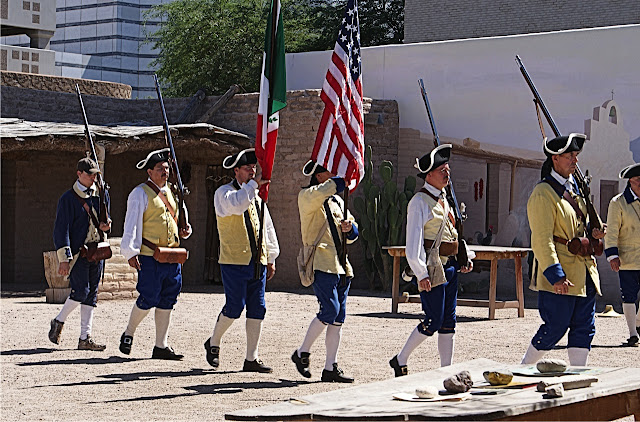 El Presidio is open to the public with historic reenactments happening periodically and a museum with artifacts from those early years.  I happened to visit when this group of volunteers were practicing for an event so I got to watch them go through their maneuvers without any crowds around. 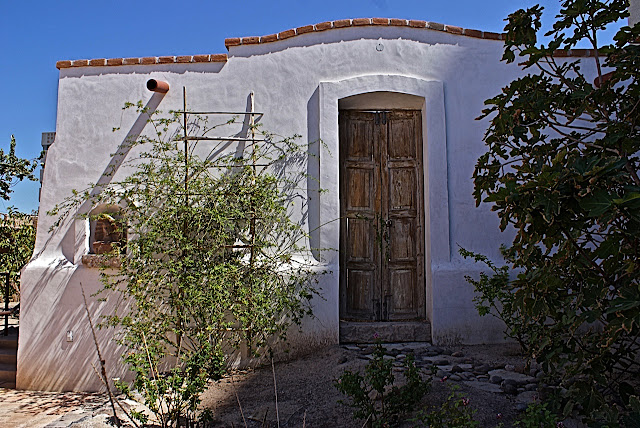 The Tucson fort was among the largest of the frontier forts of that era but very little of the old buildings remain.  You can see a few adobe structures on the site. 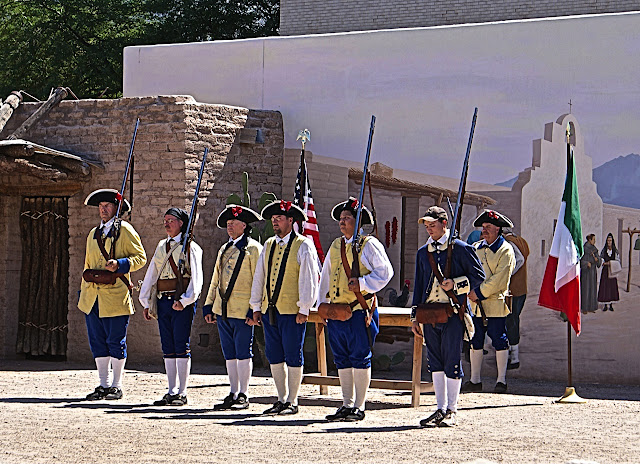 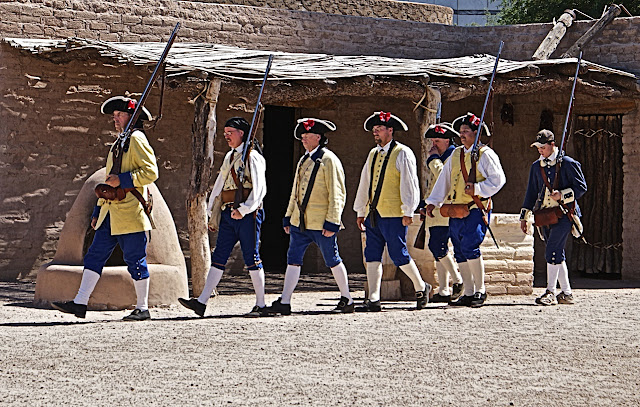 El Presidio remained in use until the Americans arrived in March of 1856.  The fort was soon dismantled and over time the wall was taken down.  Now it's just a tiny bit of history in the shadow of the downtown Tucson high-rises.
Posted by Sharon at 1:00 AM

Must have been really nice to see this in person. History comes alive.

I have no recollection of this at all, although I did not spend much time in Tucson. So thanks ... a very fine series of photos which gives a real sense of what was going on. I wonder if it was hot as these folks seem rather tired.

I was unaware of this too.

oh my hubby is going to particularly love this! Thanks for sharing!

The colonial life on the wall is superb! An excellent way to have kids learn history.