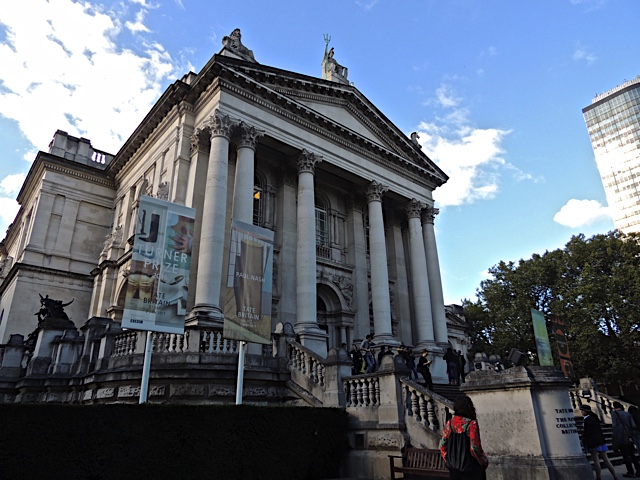 Last Sunday I posted about a piece of performance art that I saw at the Tate Britain Museum so this week I thought I'd post a little more about the museum itself.  From 1897 to 1932, this museum was known as the National Gallery of British Art and from 1932 to 2000 it was called the Tate Gallery after it's founder Sir Henry Tate.  In May of 2000, the now famous Tate Modern was opened in a huge building that formerly housed a power generation facility.  With it's prominent location directly across the river from St. Paul's Cathedral, it seemed to quickly overshadow it's older sister. 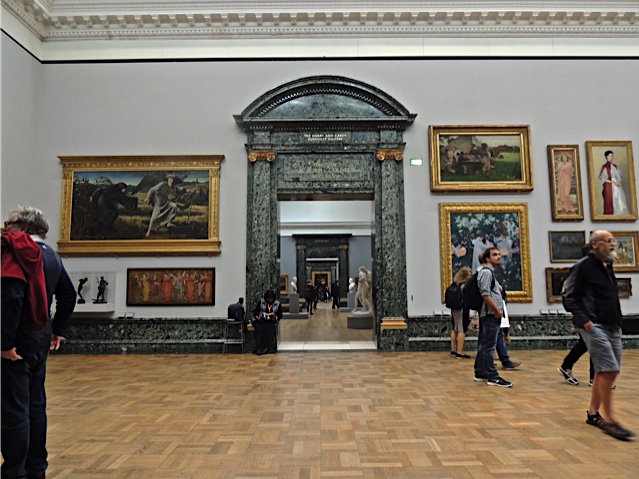 In my opinion, this is a museum that should not be missed on any visit to London.  So, if the Tate Modern is on your list, try to squeeze in a visit to this outstanding museum too.  I'm pretty sure you'll thank me. 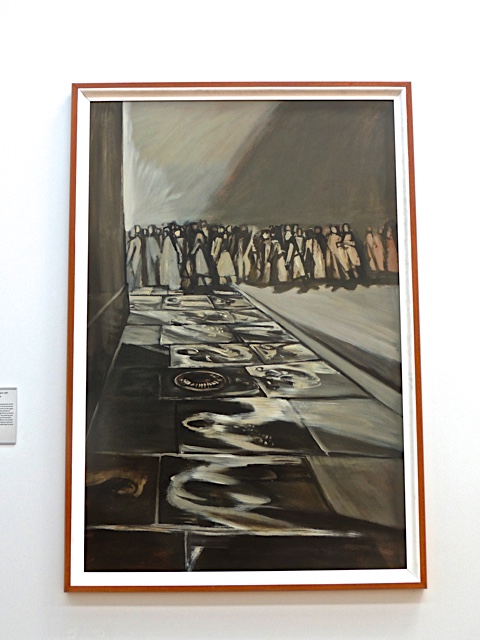 The art inside the museum is inspiring, provocative, imaginative and beautiful as it should be in any grand museum of art.  Here are two that particularly drew my attention.

This one is called "Crowd, Earls Court" by Edward Middleditch.  It was painted in 1954.  Middleditch was one of a group of artists called the "kitchen sink" artists who were at the forefront of realist art in the 1950's.

I wondered if he was related to Michael Middleditch, the creator of the London, New York and Paris MapGuides that I have used for many, many years. 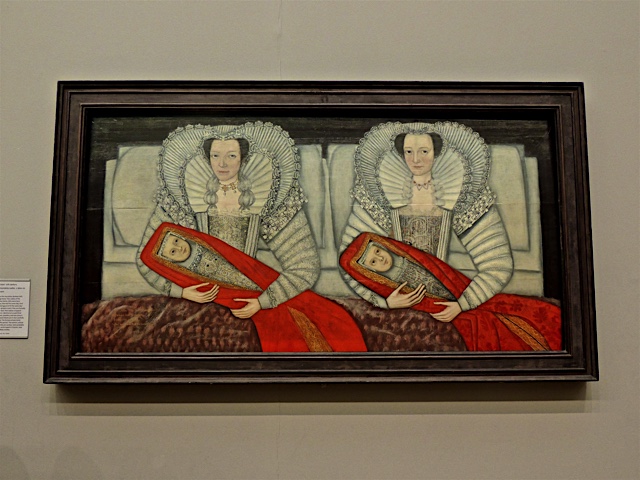 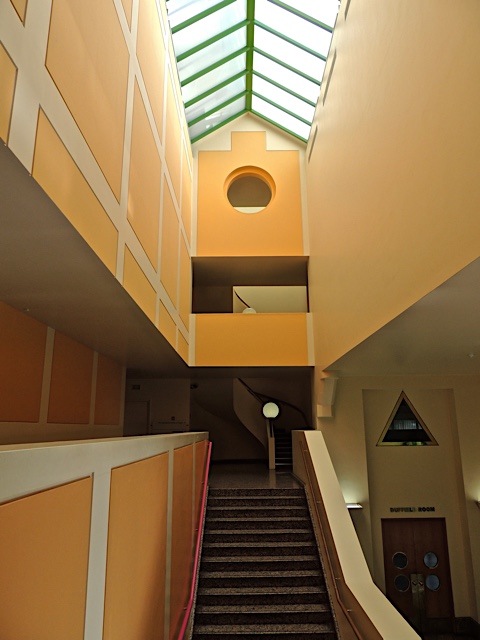 On one side of the museum, I found this enclosed stairway area that I thought was an architectural work of art. 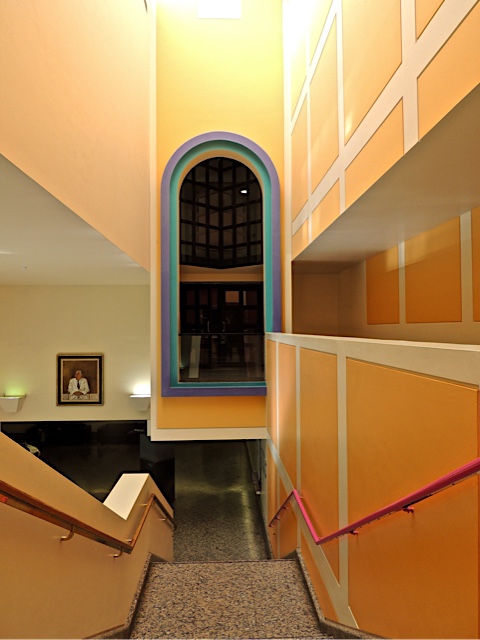 I couldn't resist photographing the clean lines of this very quiet area of the museum. 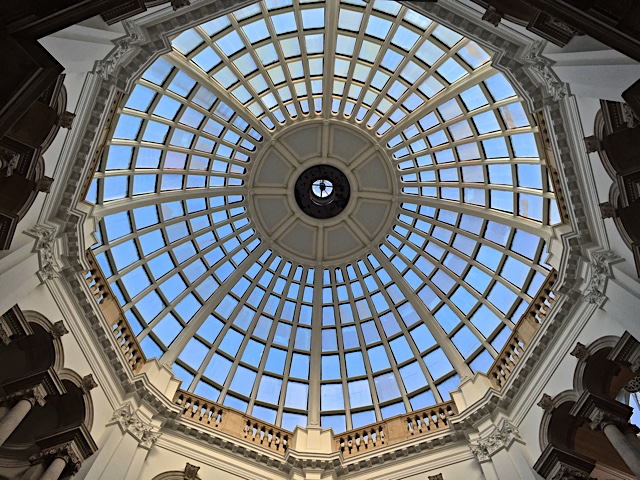 Of course, when I'm in a grand museum of this scale, I always see ways to create my own artistic take on my surroundings.  That's why a photo of the grand dome over the center of the museum was a must. 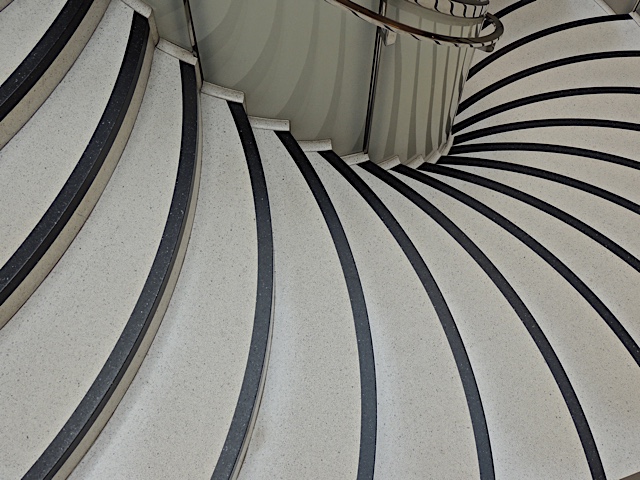 And, a photo of the gorgeous spiral stair case under the dome was also appealing to my artistic side.

I am sad to say that I hadn't been to this museum since 1999.  I won't let that much time go by again. On that earlier visit, I saw a contemporary work that affected me in so many ways.  It made a powerful statement on society and morals and I can still picture it to this day.  It was called "Scrapheap Services" by Michael Landy.  The Tate still owns that piece and I gather it has been on display again at the Tate Modern.  (If you are curious, click the link)

On my next trip to London, this museum will be prominent on list of places to return to.
Posted by Sharon at 1:00 AM

What a great exhibit space, lots of great art.

It's incredible. You don't see such majestic buildings in this country. I appreciate so much your photos of the art and of the interior of the museum; they, my friend, are also works of art. I was especially taken with your photo of the staircase!

The architecture is spectacular, Sharon!

That does it. I have to go back to London now. Wonderful photos Sharon. I really like the painting of the two sisters with their babies.

Wish I had visited it but four days in London on my only visit there leaves only so much to cover.