Last week I posted about a day spent driving around the mountains of northern Italy.  I thought I'd follow up that story with one place I stopped and spent a little more time exploring.  That place is the town of Cortina located in a beautiful valley and surrounded by mountains full of hiking and ski trails.  The town is well known in Europe as a winter sports area.  In fact, the population of Cortina grows from its normal 7,000 to around 40,000 during the winter months.  The town even hosted the winter Olympics back in 1956. 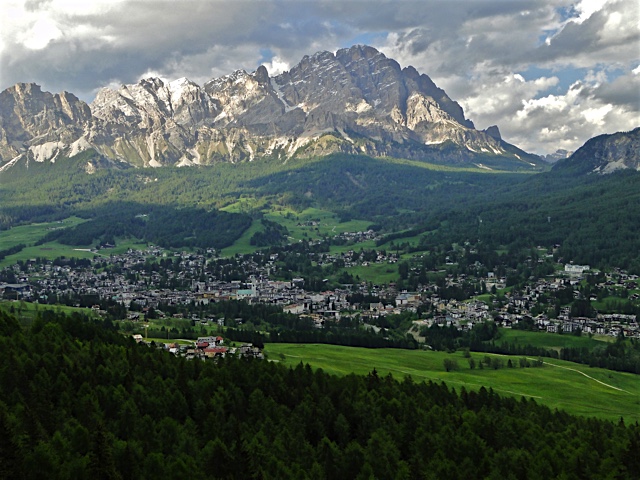 As we rounded a bend in the road and the view of the city opened up, the sight almost took my breath away.  It sits in a spectacular setting with the jagged edges of the Southern Alps rising above it and surrounding it in a picturesque embrace. 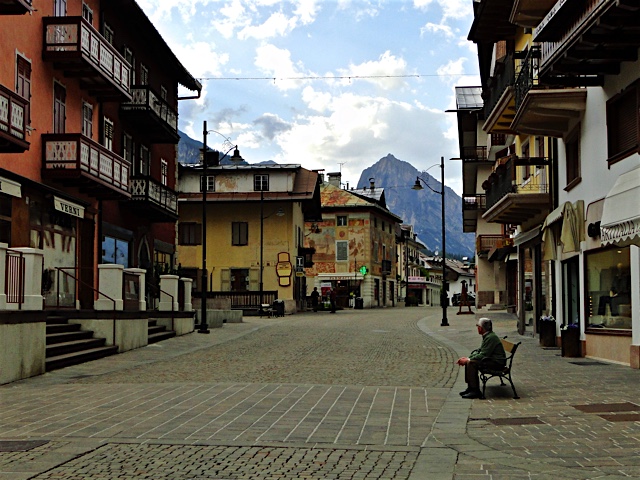 During the spring and summer months, the town is much quieter and one can walk the streets and admire the scenery and window shop without the jostling of crowds.  It's hard to imagine these narrow streets occupied by 40,000 people all in bulky ski clothes. 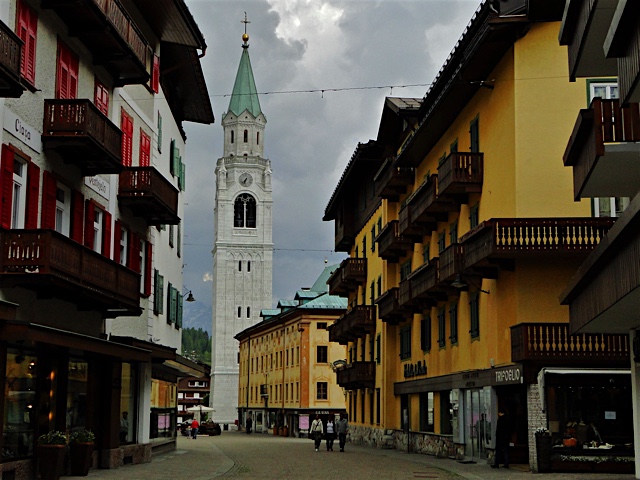 The town center is dominated by the tall bell tower of the Basilica Minore dei Santi Filippo e Giacomo. 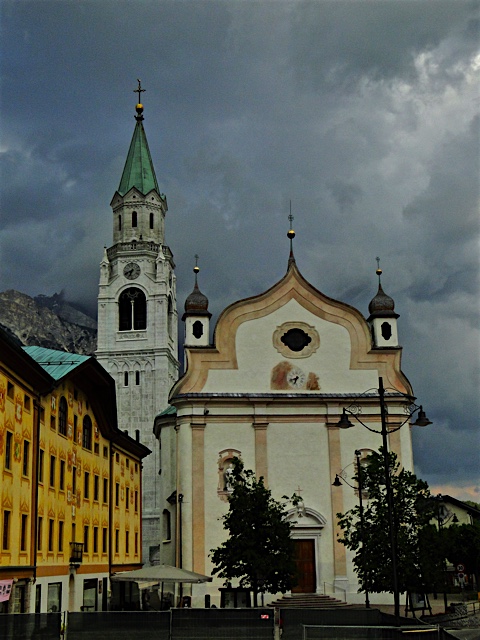 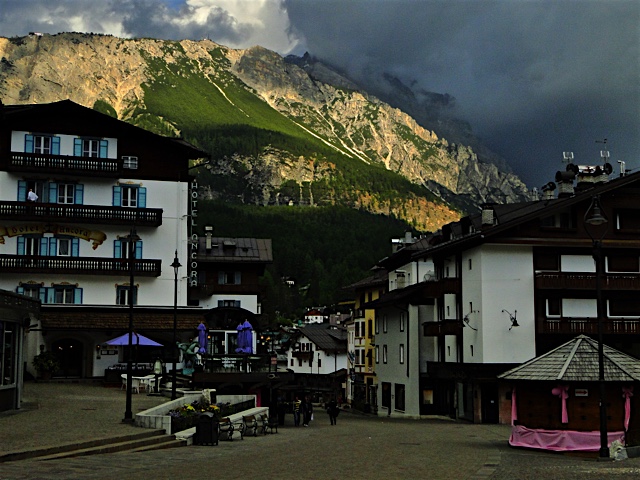 Apparently the town is very Popular with "society types" and is especially known for its apres-ski social scene.  There are lots of parties and many clubs active during the long winters. 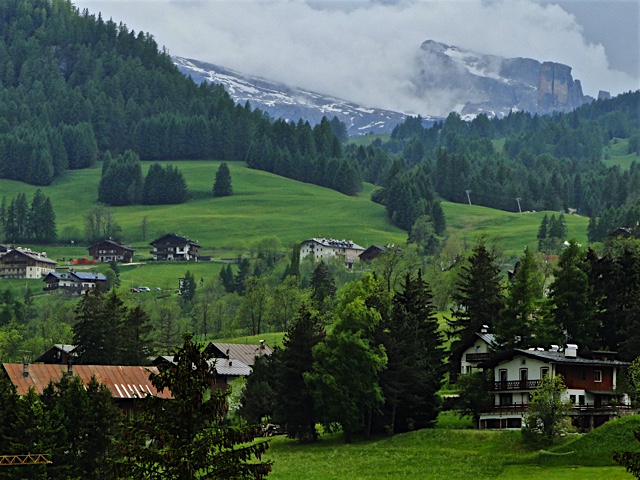 Since I was there in warmer May, I missed out on any celebrity sightings but, I didn't miss out on the beautiful mountain splendor and the warmth of the people in the shops and on the street.
Posted by Sharon at 1:00 AM

Oh my. The scenery is fantastic.

I didn't know until relatively recently that Italy had all these magnificent towns scattered about the country. It's a gorgeous place. No, I can't imagine those streets being jammed with people. That sort of takes the fun out of it! :)

Wonderful group of photos! The top fantastic photo almost took my breath away, even seeing it second-hand through your marvelous photograph.

Oh my! Your first shot took my breath away too Sharon, what a vista! I think even though you missed the stars :) you went at the right time, beautiful images without thousands of tourists 😃

A great documentary of a beautiful place.

The town looks inviting and lovely... and those mountains... oh, my!

So pretty, Sharon. I have not been in this area.