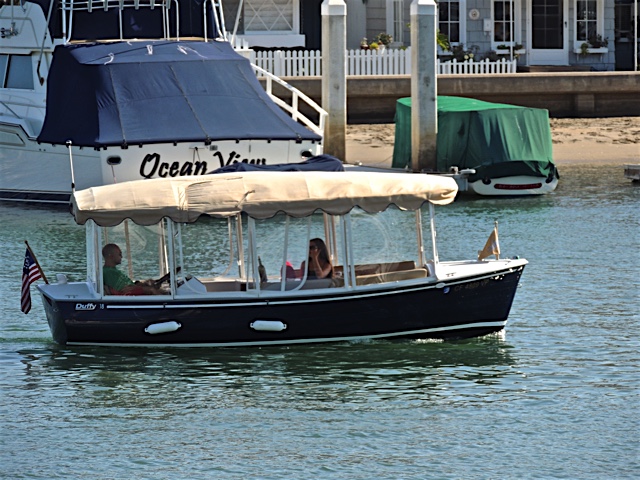 While visiting Southern California a nice way to spend some relaxing time is to rent an electric boat and take a little cruise around Balboa Island and Newport Beach. 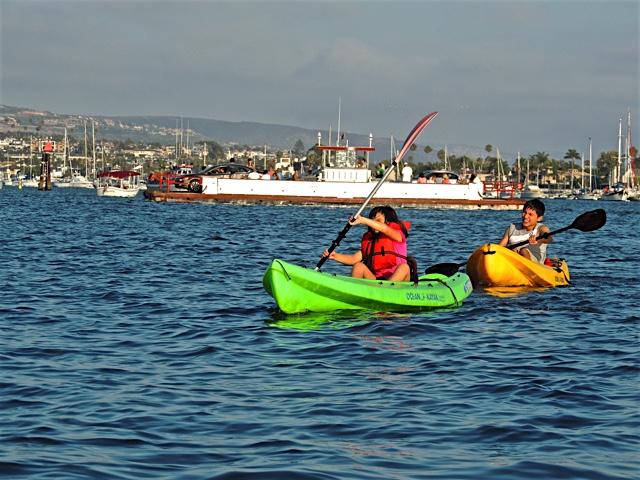 You will encounter other boaters in the bay area like these kayakers passing by.  And you will get to see the ferry crossing the bay with a load of cars (in the background of the above photo).  That ferry has been in operation since 1919 running between Balboa Island and the Balboa Peninsula in Newport Beach.  There is a bridge to cross on to the island but, for some commuters it adds about 6 miles to the trip so they choose this fun way to cross instead. 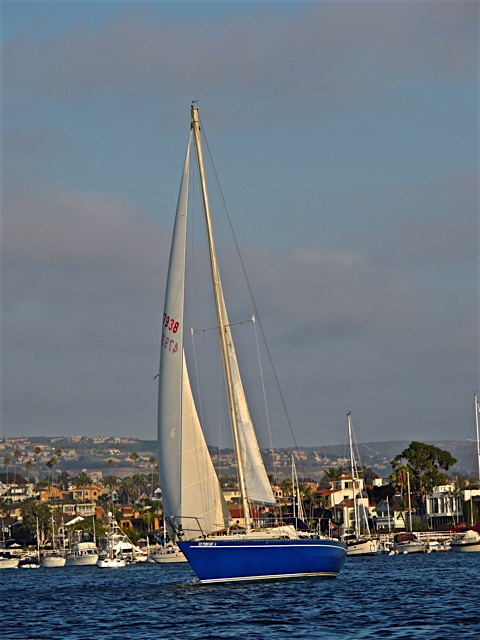 You will also see many graceful sailboats gliding into the bay after a day on the open waters. 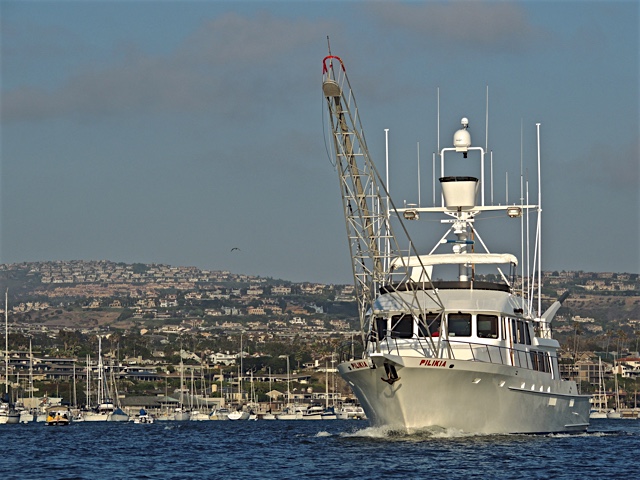 Of course there will be some extra large yachts that pop into view.  Some arriving after a day at sea and some tied up next to the grand homes that line the shoreline. 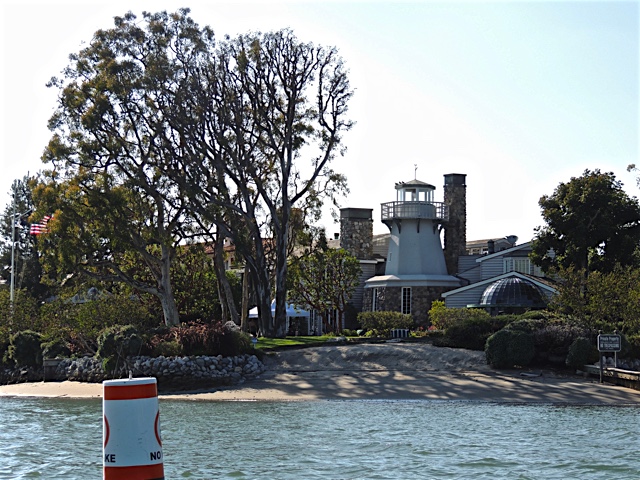 Wouldn't this be a great place to live?  The boat rental company will provide a map with some descriptions of some of the homes.  If you look carefully, you will find John Wayne's old Newport Beach home. 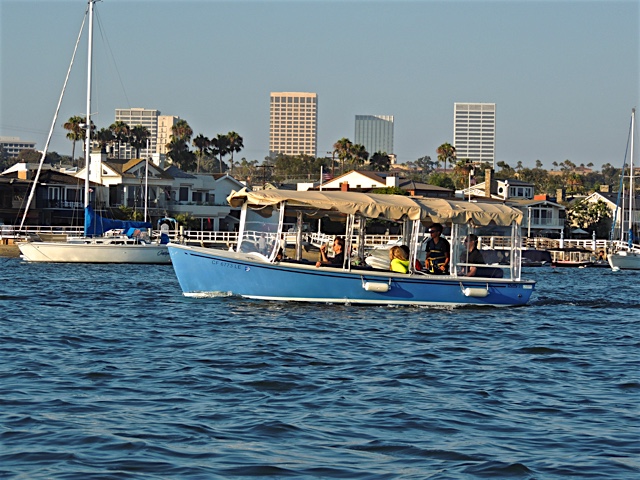 You will pass other electric boats enjoying the views in the shadow of the Newport Beach high-rises. 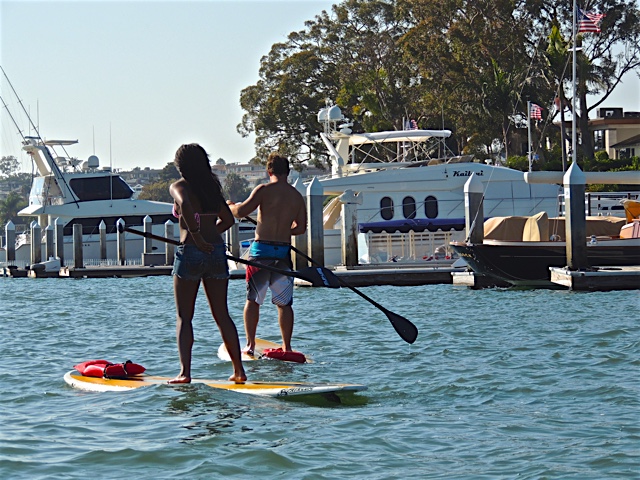 And, you will need to watch out for the brave paddle-boarders who paddle around amongst all that activity. 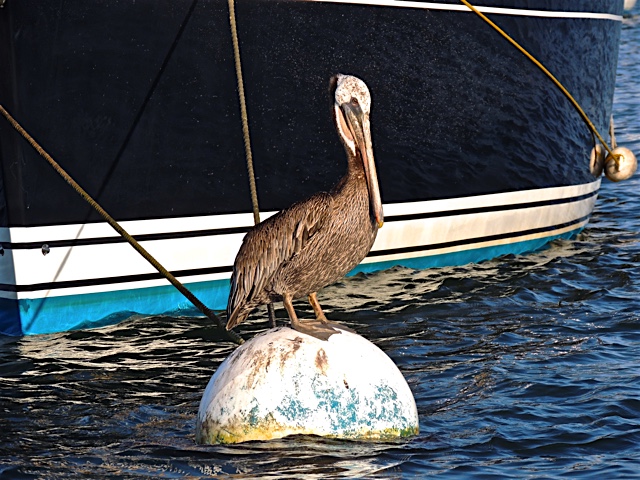 And, an occasional pelican will be out on the water keeping an eye on things from his vantage point.  There is lots to see on this quiet little cruise around the bay and it's a perfect get-away from the Arizona summer heat!
Posted by Sharon at 1:00 AM

Always good to see the many comings and going in a harbour Sharon, must get down to Fremantle :)

Yes, it would be a great place to live but I'd like a much larger income if I did! Always love boats!

I love water and I love boats and I would love this place. I lived in Los Angeles in my early teens and we did get out in the water on occasion. Great fun.

What a fun way to visit and most of all relax!

Unfortunately, John Wayne's home was torn down after his death.

A beautiful series of photos!
Have a great week!
Lea

Nice collection of vessels to use on the water.

What fun! We will have to do this some time! Love the pelican!

Thanks for sharing with "Through my Lens"