A bit of a pilgrimage

Around four years ago, quite by accident, I discovered the Abbey Road webcam focused on that famous crosswalk outside the Abbey Road Studios.  I quickly became a fan of the site because the webcam is active 24 hours a day and there is almost always a variety of people gathered at the site.  You wouldn't believe the crazy antics I've seen when those enthusiastic fans run out into the crosswalk to capture a photo in spite of the fact that the road is very busy and impatient commuters are honking their horns. 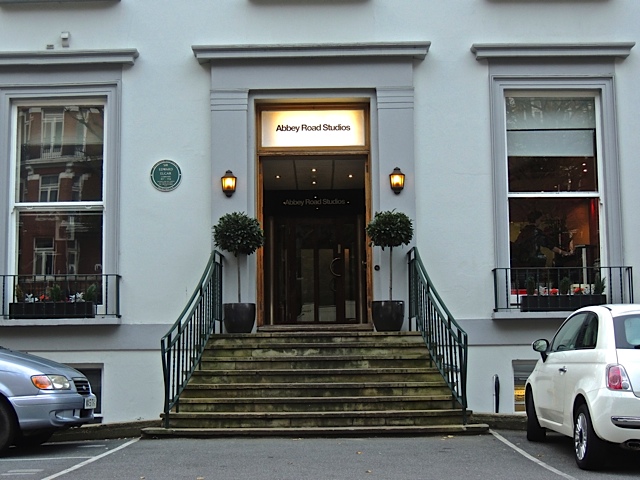 Yes, I was a fan of the Beatles but, truth be told, it never occurred to me to search out the studio on any of the many previous trips I've made to London.  However, that all changed after I discovered the webcam.  I've had so much fun watching the crazy hijinks there whenever I'm tuned in to the site that on my recent trip to London I made a point of going there for an in-person point of view. 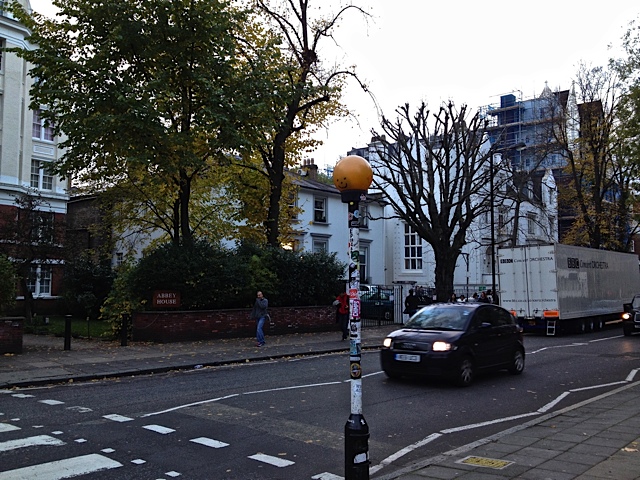 When I arrived at the corner I've seen so many times on my computer screen I found about 30 people standing around and a huge truck in front of the studios.  On the side of the truck it says "BBC Concert Orchestra".  I'm guessing there was some recording going on inside those famous walls. 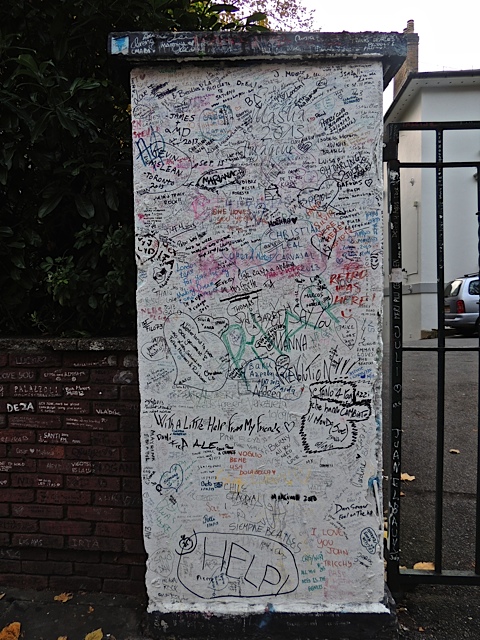 The wall in front of the studios is adorned with all kinds of comments and tributes made by adoring fans.  Periodically, they paint the walls so that it becomes a blank slate again but, it quickly fills up with more graffiti-like praise.

I loved the giant "Help" at the bottom.  I could almost hear that song playing in my head when I read it. 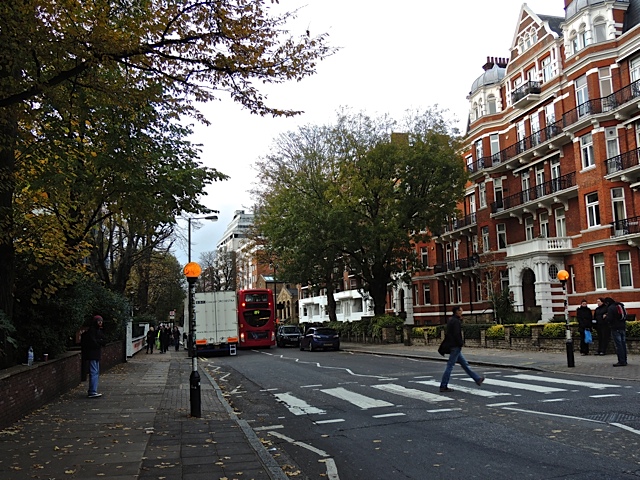 In the above shot I caught one guy taking some large steps in the crosswalk while his pal was taking a photo.  I didn't partake in the crazy photo taking but, I did walk across it three or four times while I was there looking around. 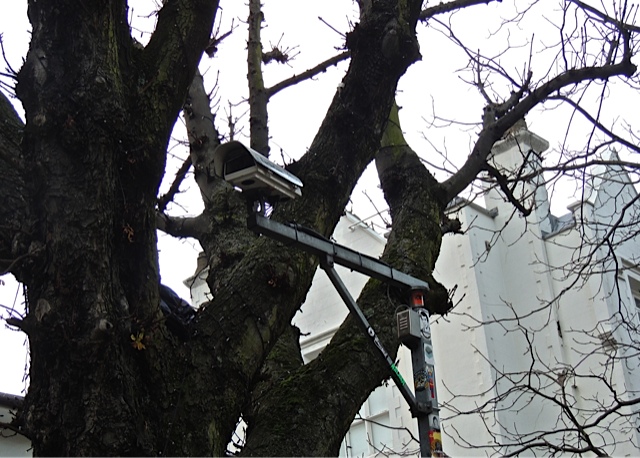 To the left is a photo of the camera that captures all the action.

When I told my friend David that I was going to visit here, he asked me to text him before I went so that he could get the computer turned on and tuned in to the web site.  So, I planned my trip to Abbey Road at around 3:00 PM so that it would be around 8:00 AM at home.  I texted when I was on my way and when I arrived at the corner, my cell phone rang and it was David saying "I see you"!  That made the experience even more fun!
Posted by Sharon at 1:00 AM

What an adventure! And what fun to have the scene viewed from across the Atlantic and commented over the cell phone!

Has to be the most popular 'zebra crossing' in the world!

It's always interesting to go to the spots that you have become familiar with from the webcams. That's what we did last summer at Two Medicine.
I can just imagine how irritated the locals must get at being delayed at this crossing so often.

What a hoot! Now I have to go find the webcam.

Super post. Bruce sent me over. I saw the Beatles twice in the 60s in San Francisco.

Fabulous. Tomorrow is the 50th anniversary of The Beatles' appearance on the Ed Sullivan Show. I hope I remember to check the Abbey Road webcam.