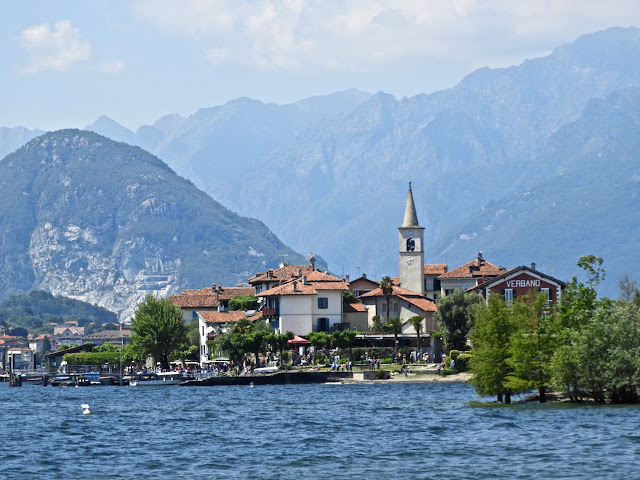 The past two weeks I've featured photos from Isola Madre, one of the three islands on Lake Maggiore in Italy.  Several months ago, I featured photos from the island, Isola Bella.  Today's post is about the last of the three islands in the group called Isola dei Pescatori or The Fisherman's Island.  This island is the only one that is inhabited all year with a current population of 25.  The stop at this island was to get lunch before heading out to Isola Bella, our third stop.  Consequently, we didn't spend a lot of time on this island which is a shame.  This island was more like a little village instead of simply the grounds for a grand villa. 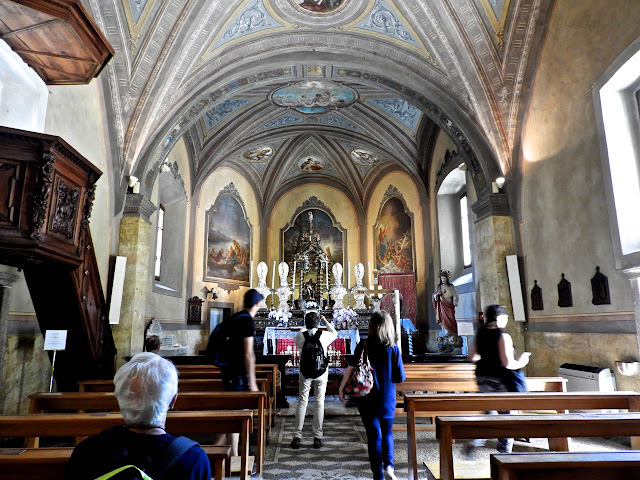 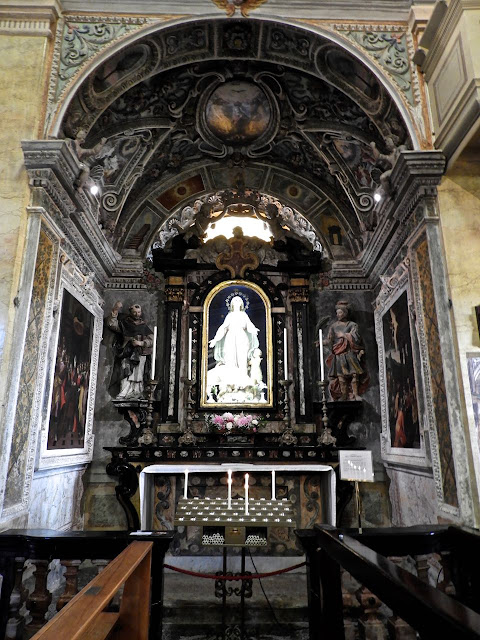 We did have an opportunity to visit the small church on the island called San Vittore.  It was impressive for such a small place.  Walking into the church, the first thing you see are those silver Bishop's busts on the alter.  The photo above doesn't do them justice, they actually sparkled like freshly polished silver.

This little side chapel was equally eye catching with the glowing Madonna above the alter. 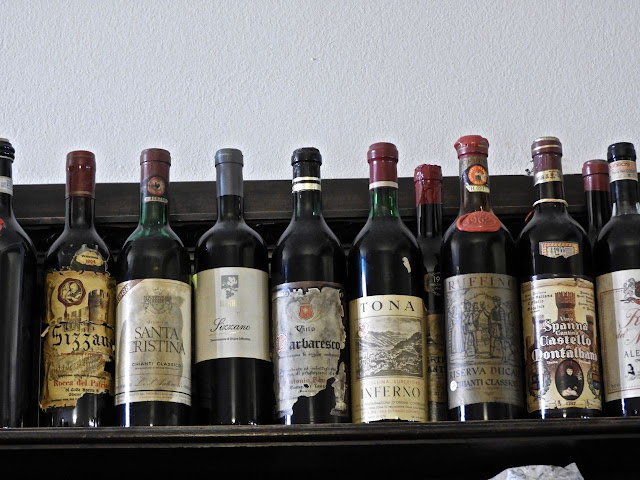 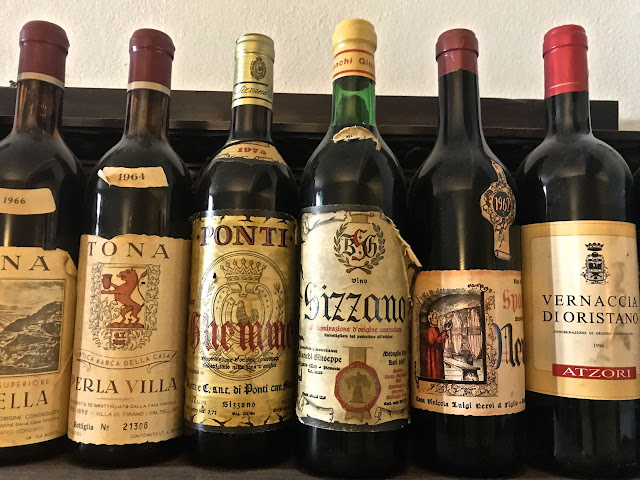 I didn't snap a photo of the place we had lunch but I did catch a photo of these aging wine bottles that were positioned on a high shelf in the restaurant.  With their yellowing and peeling labels, they made quite an interesting display.

If I were ever to return to visit the Borromean Islands again, I'd make a point of spending more time on this tiny island.  I think it would be fun to explore further.
Posted by Sharon at 1:00 AM

A population of 25! Looks like every bit of space is used on this little island Sharon, the church is small but incredibly beautiful 💙

The church looks like a little jewel and it looks like a beautiful little village. It looks like there are more than 25 residents there. What a nice place to visit.

The church is a beauty.