Reminder of a Dark History 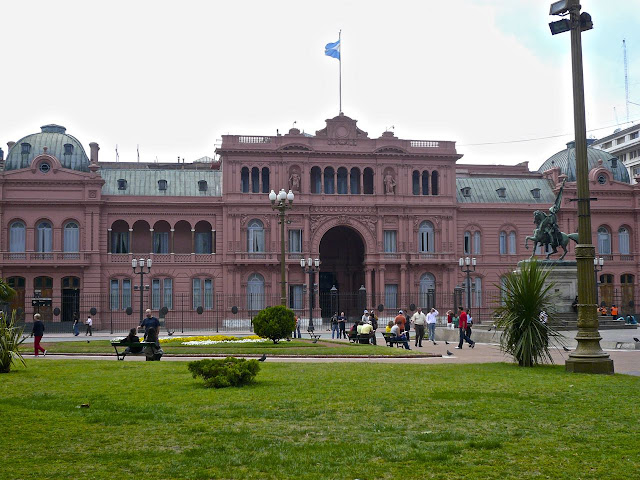 When I hear the name Casa Rosada I can't help but think of the Musical "Evita".  However, I recently watched the Netflix movie "The Two Popes" and part of the back story in that movie was about an even more turbulent time in Argentina. 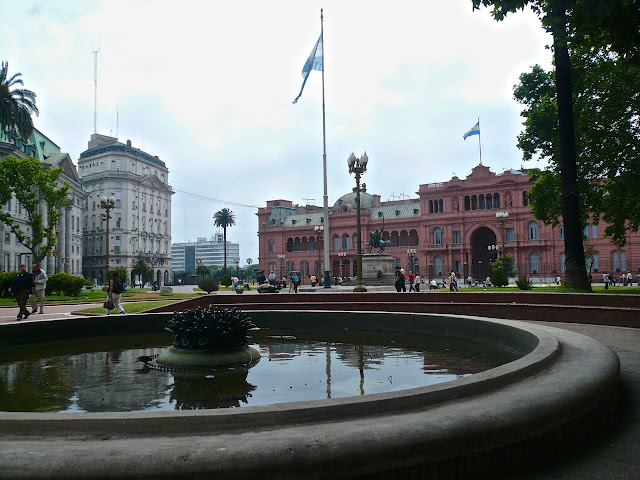 In March of 1976, a military junta took over the government in a military coup.  It is believed that up to 30,000 people were killed or 'disappeared' by the military regime between 1976 and 1983. 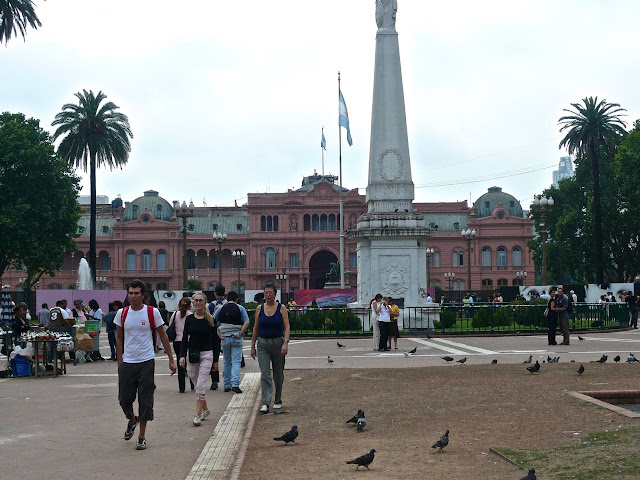 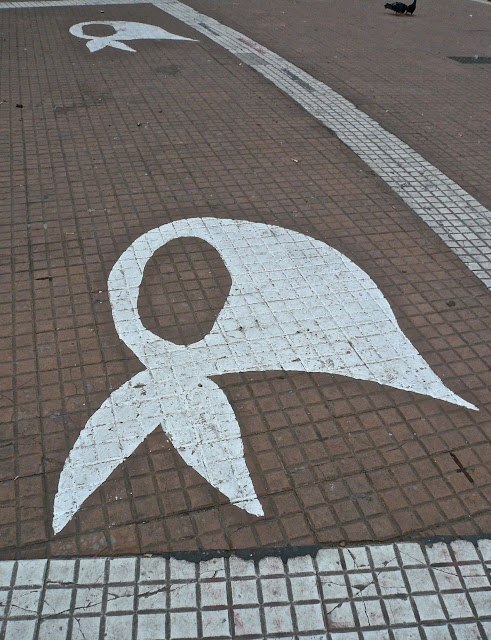 Casa Rosada is the official home of the President and the government.  In front of Casa Rosada is Plaza de Mayo, the square where Mothers march every Thursday demanding justice for the "los desaparecidos" or the disappeared.  The women wear white bandanas many of them embroidered with the names of their missing loved ones.

Today the square is marked with tiles painted with the bandanas in the spot where mothers still march once a week over 40 years later.
Posted by Sharon at 1:00 AM

I feel real lucky to live where it do.