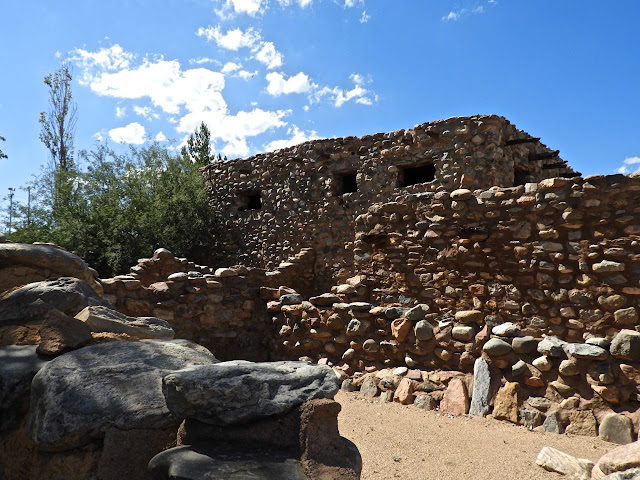 Just outside of the city of Globe Arizona (approximately 90 miles east of Phoenix) there is an archeological site called Besh Ba Gowah Archeological Park.  It consists of the ruins of an ancient pueblo abandoned by its former occupants nearly six hundred years ago.  The name of the site was given by archeologist Irene Vickery and roughly translated means "place of metal." 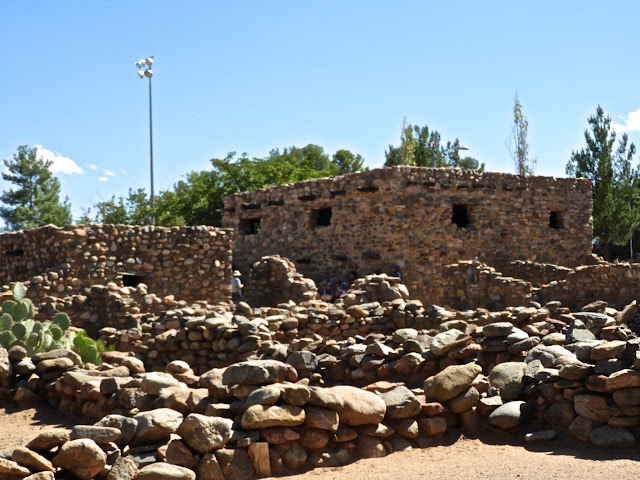 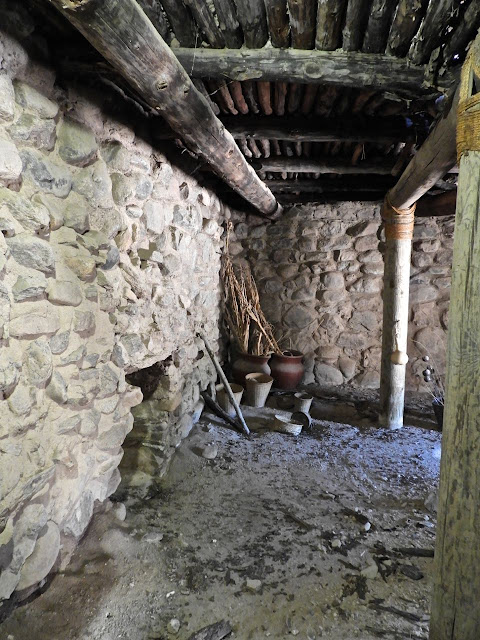 The site has been partially restored so that it can provide a glimpse at the lifestyle of the people who occupied this region over two centuries before Columbus discovered the "New World."

At the peak of its occupancy, the pueblo contained 146 ground-floor rooms and 61 second-story rooms. 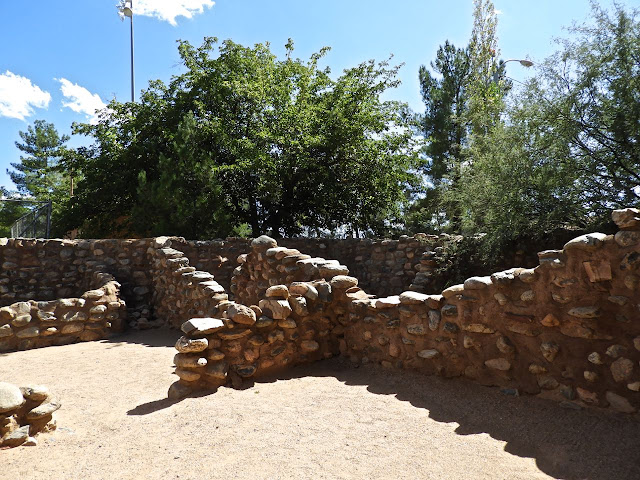 The walls are made of stone laid in adobe motor.  Most of the interior walls were plastered with adobe.  This area was first surveyed and mapped in 1883 as part of an archeological survey of the Southwest.  Archeologists began to excavate the area in the 1920's. 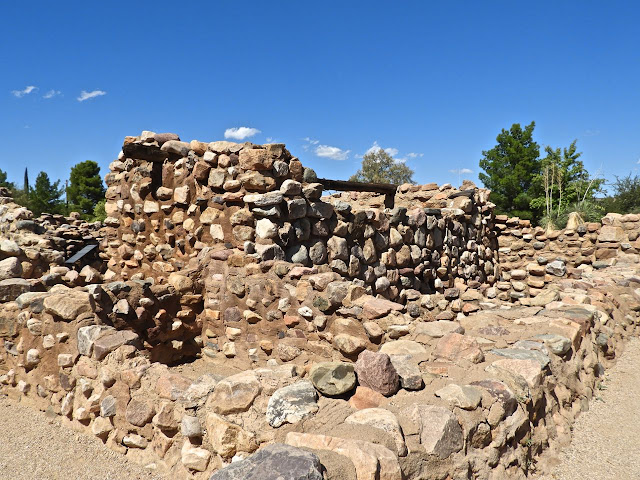 There is also evidence of even older residents of the area below the pueblo indicating that the site might have been inhabited as early as AD 750. 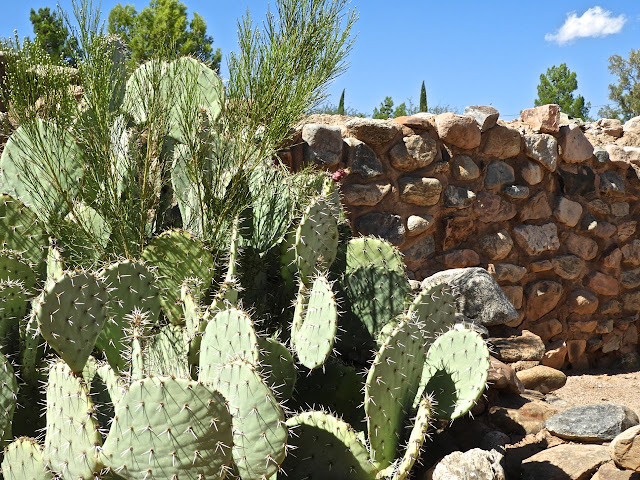 It is one of those hidden treasures in Arizona; places that are not famous and don't get a lot of attention.  I like to study the Arizona map section by section to find these interesting and somewhat obscure places.
Posted by Sharon at 1:00 AM

This is really interesting. It's newer than some of the ruins I've visited, like Chaco Canyon.

Section by section is the best way to do your exploration Sharon. It's fascinating to learn how old some of these past civilizations are !

I had never heard of this place. Thanks for visiting.