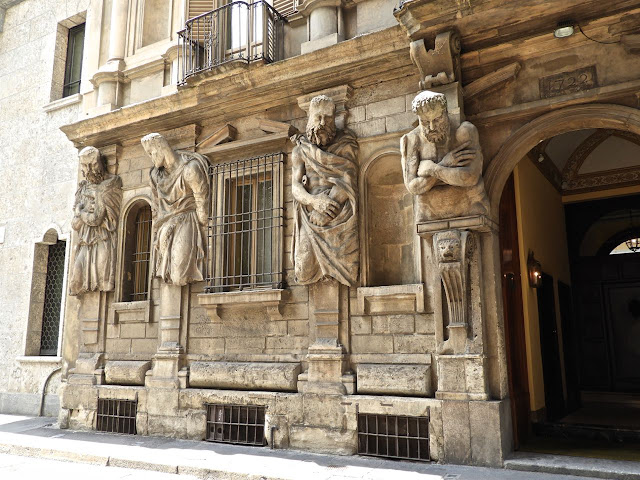 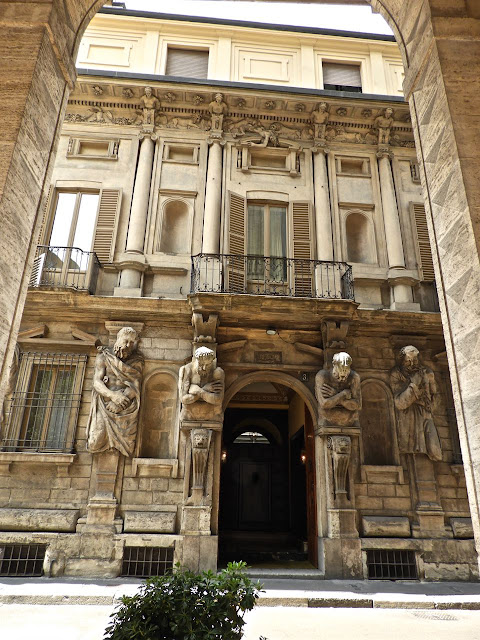 I had just enjoyed a great lunch at a sidewalk cafe on Via Deli Omenoni in Milan last year when I turned the corner and saw a building with a fascinating facade.  It appeared to house either apartments or offices because I could see multiple mailboxes inside that doorway.  But one thing was certain, it was a very old building. 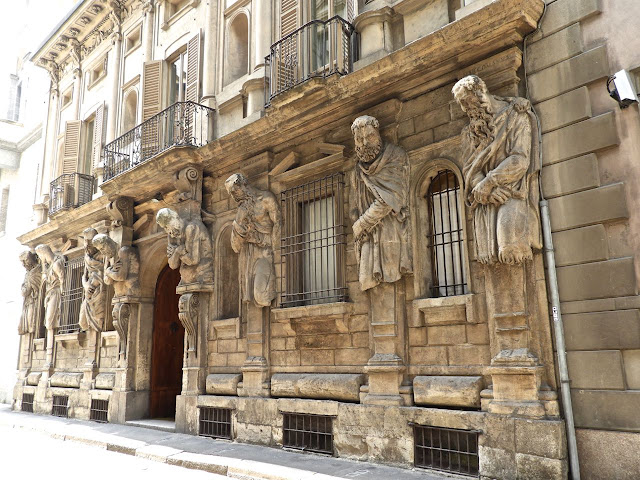 Luckily I had photographed the the street sign so that I would remember to do a little research and see if I could find some information about this place.  I learned this building is called Casa Degli Omenoni and it is a historic palace built by sculptor Leone Leoni.  Apparently he lived and worked here.  You might think he actually sculpted the facade himself but it appears he designed it and it was created by another sculptor, Antonio Abondio.  The name of the palace is based on the eight statues which in Italian were known as "omenoni" or big men. 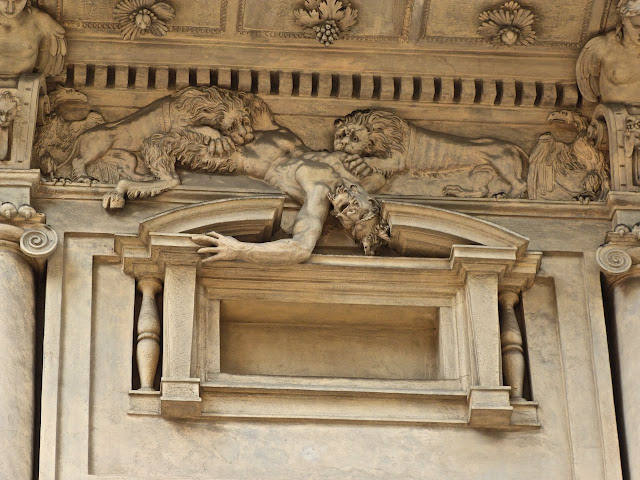 What caught my eye immediately was this rather grotesque relief just under the cornice.  It depicts two lions tearing a satyr to pieces.  Lions were a reoccurring theme for this building evidently referring to the "Leoni" family name.  This depiction might serve as a warning to not mess with the people living inside.  That's just a guess on my part.
Posted by Sharon at 1:00 AM

Oh my gosh Sharon, imagine if you had an apartment there, coming home late at night could be a wee bit creepy 😉

What a great building! You make such great finds, Sharon.